I've decided to start a fresh, deleted all my old posts & this time I will actually update.

So if you've read the title, then you'll know, I am currently 24 weeks pregnant, due 7th April 2013. We are having a little boy. Although it was a bit of a shock at first we are now both really excited, as are our families. It will be the first grandchild for both my parents & my boyfriends. 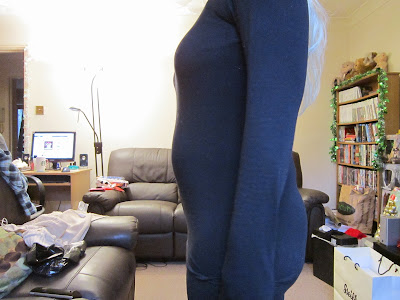 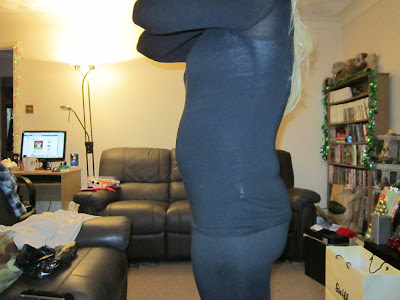 This is me today, yes I have a very small bump, but my waist was pretty flat before hand. But to some people they would even think I was pregnant. Just excuse the mess in the photos, haha.

We've made a few baby purchases so far, I'll post about them in the future, along with anything else we buy or receive as gifts. I think he's going to be one spoilt little boy!

All the scans came back normal, and all my test results are fine as well. And he's moving around a lot, mostly in the evenings & when I'm trying to sleep. As I'm on my feet at work, I don't feel him so much then, but as far as I know babies are meant to be more active when you're resting anyway.

My pregnancy has been pretty good I would say. Apart from feeling like utter rubbish for a couple of months, until about 14/15 weeks when I started improving, and the smell of food doesn't bother me so much now. I've had no cravings, just hate the smell of chilli, and can't stand creamy/cheesey pasta sauces. Eugh!
Posted by Unknown at 14:50