Ben recently had his 2 year check up with a health visitor (we seem to see a different one every time), so I thought I would do his next update. 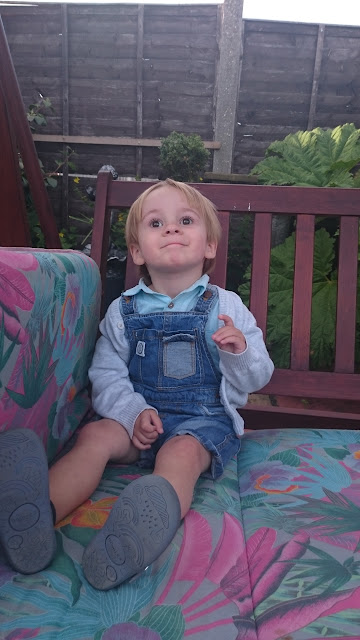 If any parents have done the questionnaires with their children, then you know they are very thorough, and can have some strange things on them, to try and get your child to do. 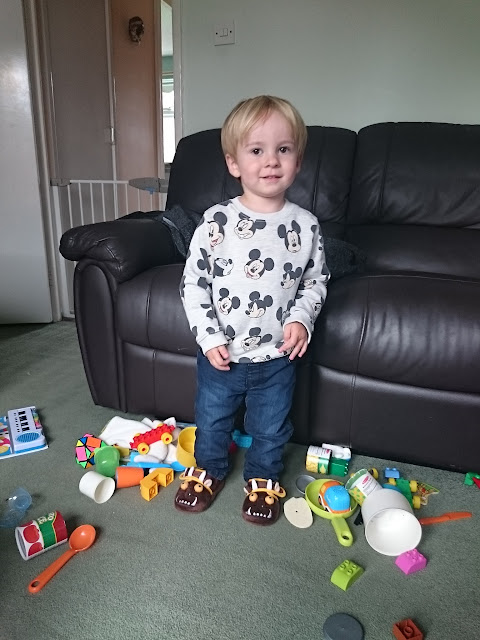 There are different sections, Ben was great with communication and problem solving. His speech is great, and I definitely think he is ahead for his age, as one of the questions was "Does your child make sentences of 3 or 4 words long", Ben will make up sentences of 5 or 6 words long. Gross motor skills, basically movement, he is doing most things under. The only thing that he was down on is the fine motor skills, which involves drawing, turning pages in books and threading. Well most threading activities that you can buy say from age 3 anyway (and I actually have him one for Christmas). And since our visit he has actually starting drawing lines across the page, before he was only going up and down. Personal Social is also low, this is doing things by himself, like feeding himself with a spoon, pulling trousers up and down, and putting on his coat/cardigan by himself. 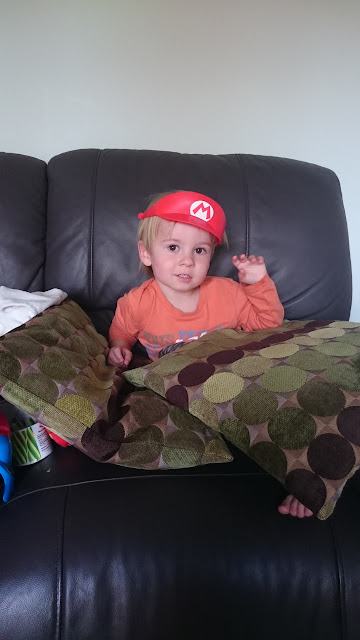 My plan is to work at the things he can't do. Concentrating on the drawing first, he needs to draw circles next under that.

I'm not worried about him being lower on some aspects because he is so ahead in his speech, and he knows his letters, numbers and colours (which aren't covered?). 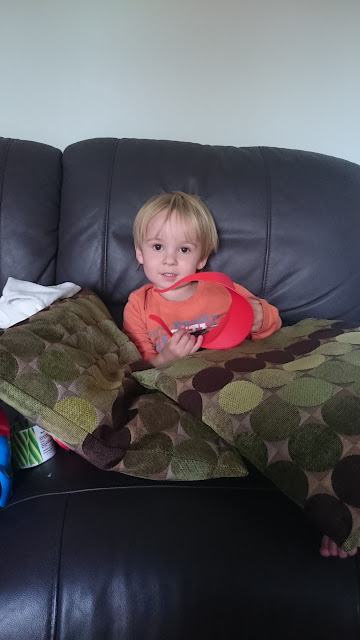 I've started getting him to help a bit around the house. Just simple things like taking dry washing off the clothes horse and putting it in the basket, putting rubbish in the bin, and putting his bowls and plates away after I've washed them up, as well as putting his toys away.

We're also working on the potty training, just leaving him with no bottoms or nappy on. And he's doing great like that, and will go sit on the potty when needed. And has even done 1 poo on there (which I missed as I was at work). I did try him with pants on today, and we had 3 accidents. But once he learns they're not a nappy then we'll be good, as he obviously knows when he needs to do. As I've been keeping the potty in the lounge, I'm going to put it on the toilet, so he has to tell me he needs to go. As we are off on holiday, this is a work in progress. I will start putting pull ups on him when we go out now, so that if he asks to go, then it will make things easier. 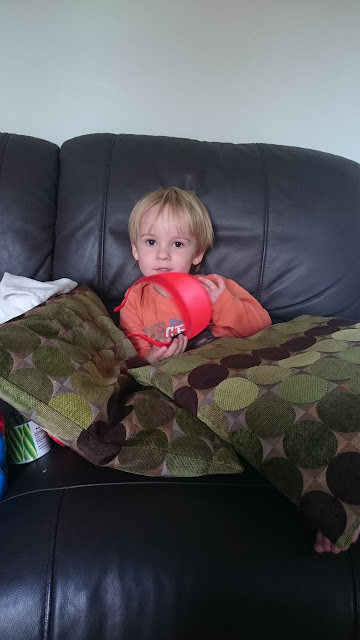