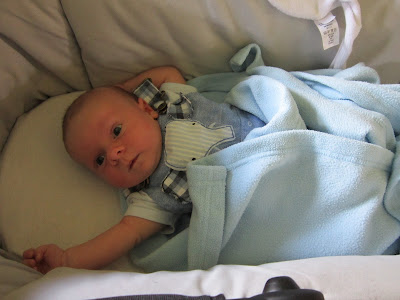 As you probably gathered I have given birth to my beautiful baby boy, called Benjamin David. He was born on April 14th at 5:40pm weighing 7lb 8.6oz. Exactly one week overdue. I will be doing a labour and delivery post, so I won't go into details. 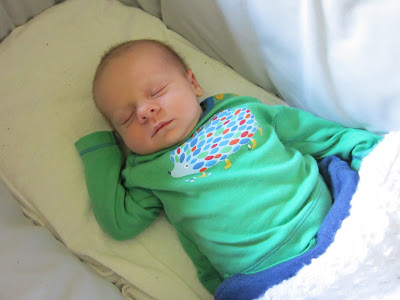 He has changed so much already, and the past month has gone so fast. But both Steve and I love him so much. Steve looks forward to finishing work and coming home to us so much. I would say he's rather a good baby, although does have his grouchy moments. He doesn't really cry just moans, when he has wind or is hungry. He'll quite happily lay there with a dirty nappy (can't understand why!). 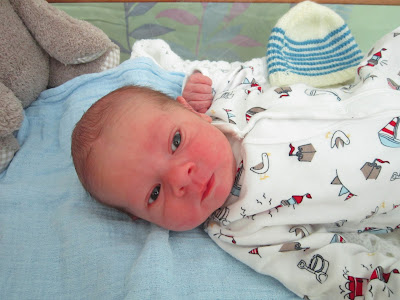 It's quite hard to find time to do things, but it has got easier since he got older. He likes his rocker chair to sit/lay in, he love that it vibrates! The past few days he's started looking up at the window, and he'll look at lights as well, which must be because he's eyes are developing. Still can't figure out what colour eyes he'll end up with though. Mine are blue and Steve's are brown, at the moment they look like a mixture of the two.

We're still living in the flat, completion date for the house buying is next Thursday, so we'll be moving sometime in June and I can't wait. The only thing that is annoying me right now is having no space and the flat being a mess! I know when we move the house will never be totally tidy, but it will be a lot better than our flat now!
Posted by Unknown at 12:54