Long time no post, I'm sorry about that. Ben has kept me very busy! Plus we've been on holiday. So I thought my first post back would be Ben's 6 month update - I'm hoping to do these regularly from now on, every month. Well we'll see if I do. 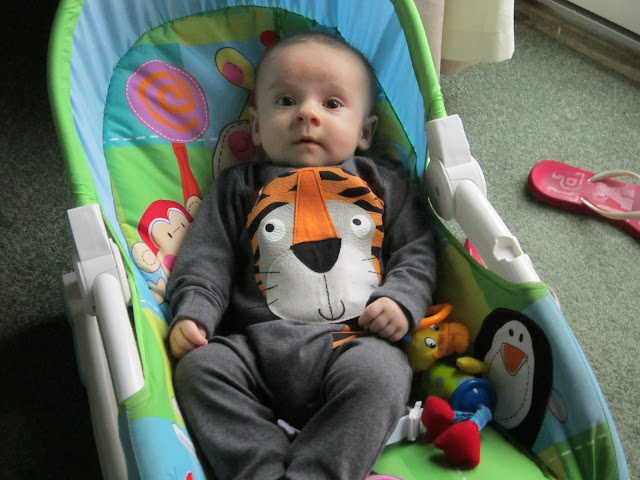 Ben is actually 7 and a half months old now - his 7 month post is in the works.. I don't know how much he weighs or how long he is. As haven't had any need to take him to the doctors, but you can tell he's growing. And isn't a chubby baby, perfectly proportioned I would say. 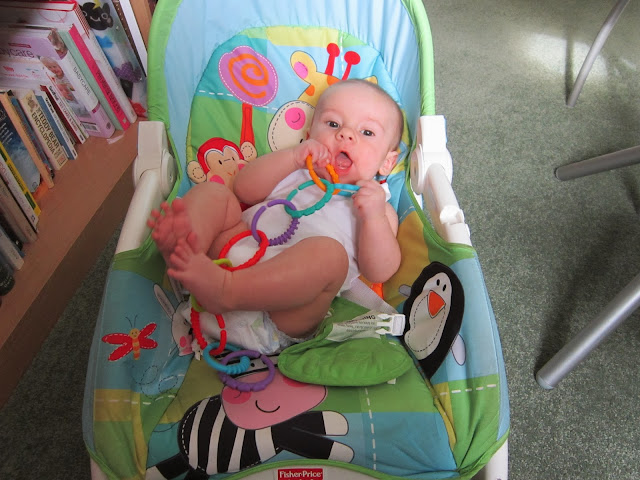 I'm still breast feeding which is going well, the next mission in that department is being able to pump enough for when I go back to work - which shouldn't be that hard, as I should need 4 bottles a week, 5 if there's a football game. I have started him on solids, a bit earlier than the 6 month mark because every time we would sit down to eat, he would be all whiney and grouchy, because he wasn't getting any (even though I'd just fed him). He was constantly biting things & watching us eat. I started of with just baby rice. He got all excited of the first aspect of food, kicking his legs & smiling. I kept him on one meal a day for 2 weeks - which I gave him at lunchtime. He is now on 3 meals a day, having porridge for breakfast, then normally fruit or veg for lunch and dinner. He has had all fresh puree's made by me. I don't want to give him jar food as it's not meant to taste good & I wouldn't want to eat them myself so don't want Ben to. I purchased Annabel Karmel's New Complete Baby and Toddler Meal Planner, I'm just using it for the recipe's and information not for the planners. He likes everything he has tried so far. 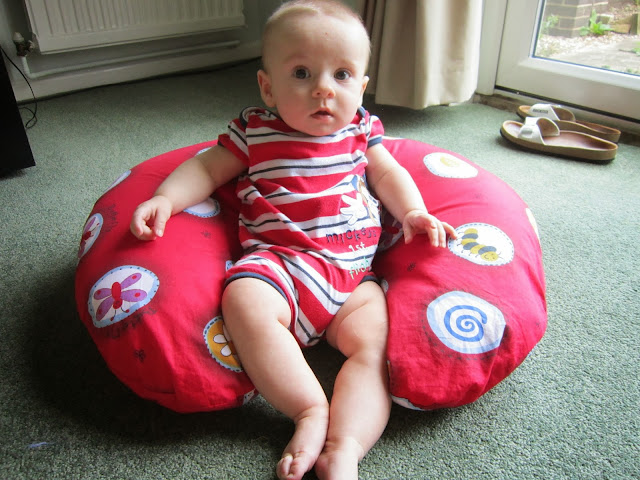 He currently has one tooth, slowly creeping up out of his gums (it seems to be taking ages - don't know if this is normal). It took ages to actually poke out of his gums too, he has been teething since he was about 3 months! The week before it appeared he was super grouchy & really clingy. Every time I put him down he would cry.

He rolls over like crazy! All over the lounge. He's not crawling yet, but will kick his legs when lying down and then get annoyed because he doesn't move. So I can't see it being that long till he is. He can sit up by himself for a few seconds at a time, he is definitely doing it for longer periods than to begin with though. And now knows where his balance point is, and will stop himself from going too far backwards sometimes. 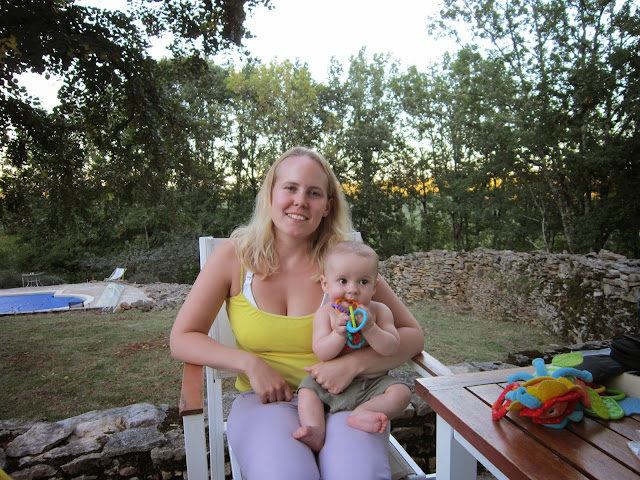 He loves to stand & bounce, which can get tiring on the arms, as we didn't buy a bouncer or anything similar. He also loves being thrown up in the air (obviously not literally but you know what I mean). I can drop him from a small height on to the bed & he'll giggle away. Think he's going to love rollercoasters when he's older, just like his daddy (I hate them!). 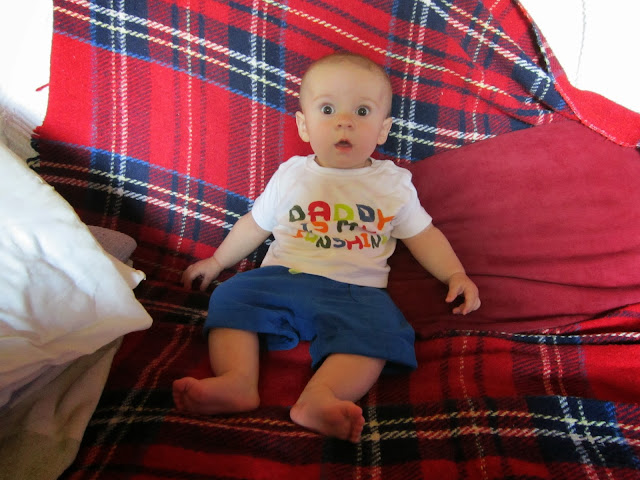