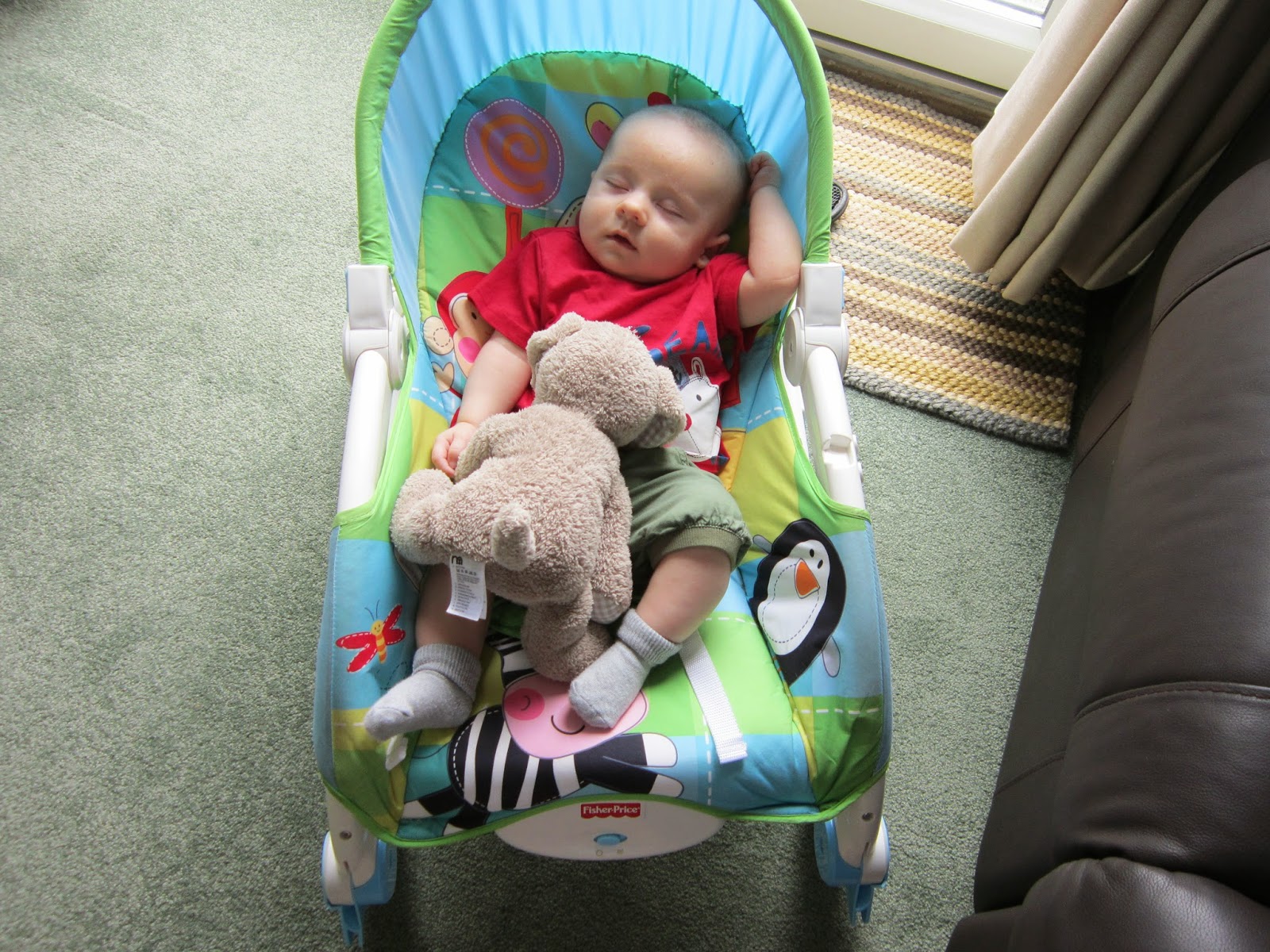 When it came to wanting to get Ben to sleep in his cot, we hit a bit of a hurdle. When he was a baby he never slept on his own, apart from during the day in his rocker, at night he would never settle in his little crib or he would wake up when I put him down after nursing. So I just got fed up of no sleep, or sleeping with him in my arms. So I would nurse him whilst laying on my side, and him laying directly on the bed, with my arm around him.

Once we'd reached a year of breast feeding and co-sleeping I wanted to stop both gradually. With the sleeping we would try to rock him to sleep, and then wait until he was in a deep sleep before placing him in his cot, but time and time again he would wake up, either as soon as we put him down or a little later, he would go no longer than 2 hours without waking, and he would then end up coming into our bed, as we could never get him to settle again.

I just searched sleep training on google, and loads of sites came up.

In the end I chose the controlled crying method, after researching I decided that this method would be the best for us, and most likely to work. As Ben would cry when in his cot, but I didn't want to let him cry it out.

Controlled crying is when you do your bedtime routine, put your baby down in the cot, and leave. Return after 1 minutes, 2 minutes, 4 minutes, 8 minutes. Which is what I did on the first night. Second night I left him for  2 minutes, 4 minutes, 8 minutes, 16 minutes. The third night I started at 3 minutes. One the fifth night I started at 5 minutes, and would then go in after 10 minutes, 20 minutes. By this time he was crying less, getting used to the time alone. I then jumped up to 10 minutes on the sixth night before I went into see him, and kept doing it 5 minutes later the following nights. Until we go to the stage where we just stopped going in and waited for him to fall asleep by himself before going and checking on him.

It was amazing and how quickly he took to it, and didn't cry too much after the first few days. He then also started sleeping through the night as well. Which he hadn't done since the day he was born. So we got a full nights sleep, and also time in the evening together, just us two which we hadn't gotten as one of us was generally trying to settle Ben to sleep.

I didn't try it earlier because he would fall asleep nursing. If there is another baby in our future then I will try it earlier than around 13/14 months, if we are in the same situation.
Posted by Unknown at 17:00