So Ben's now a year and a half old! Another month has gone by so fast! It's getting harder and harder to take photo's of him, as he just won't sit still! 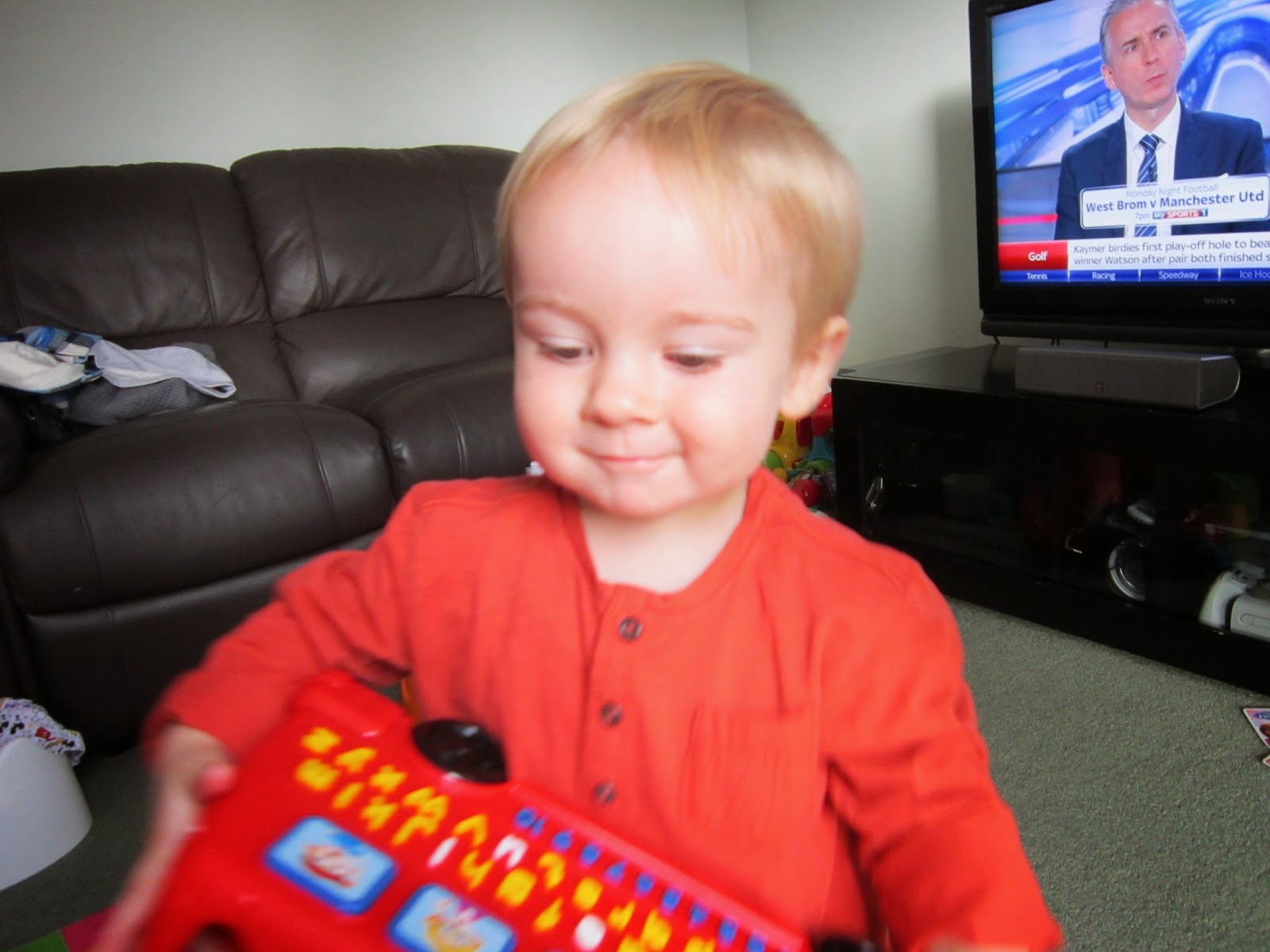 Back when we were on holiday (seems so long ago now!) Ben was picking up 1/2/3 new words a day, this has slowed down a bit now, but I can't believe how many words he has, he can't say them all properly but tries so hard. I particularly like the way he says curtain. 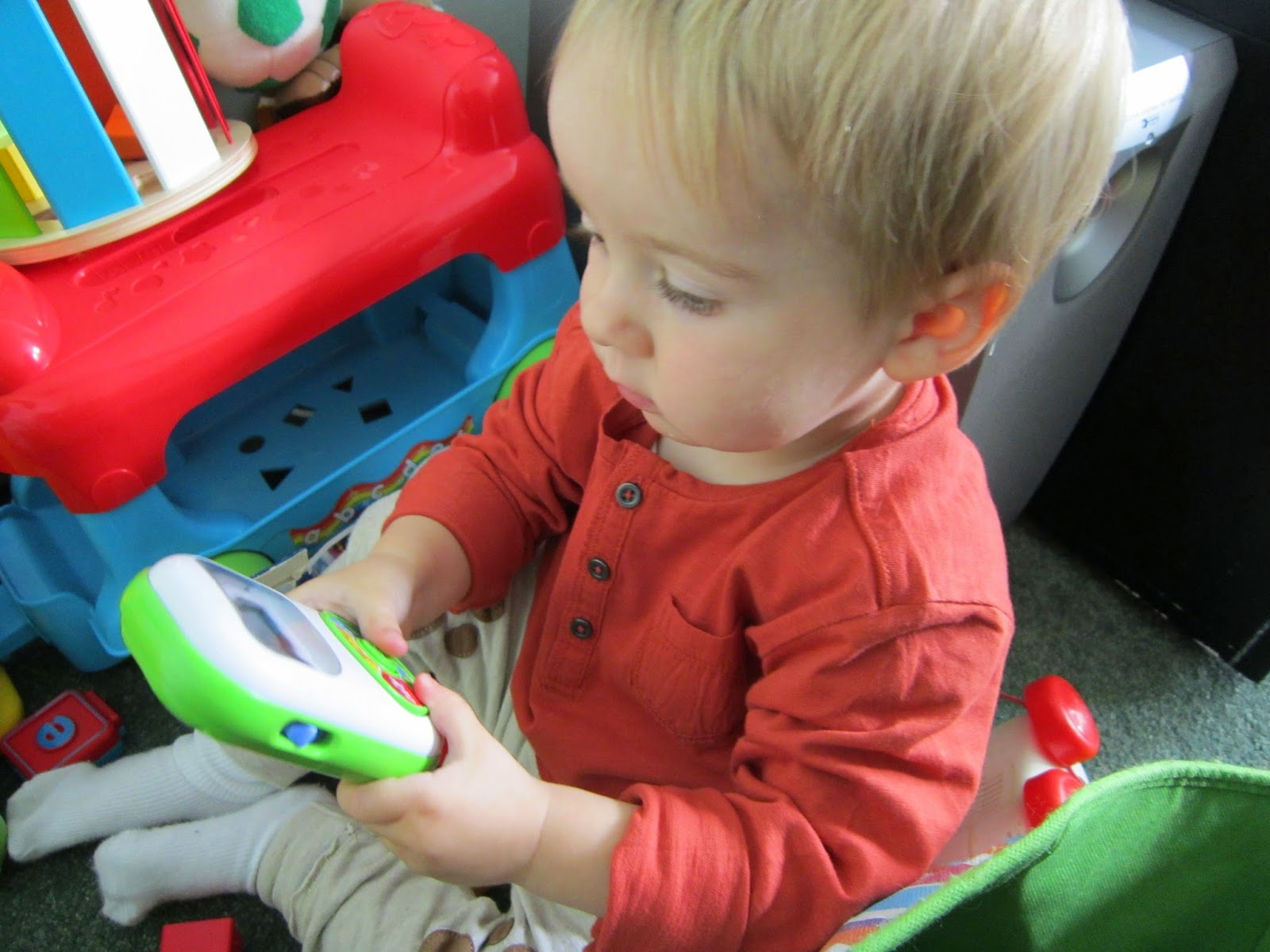 That 4th molar cropped up during his 18th month and all his others are now pretty much fully through, even had a couple of teeth brushing times when he wasn't screaming. He would cry every time I tried to brush them, I have to lay him down and force it, which I really hate. But he needs to learn they need to be brushed and it doesn't really hurt to do so. 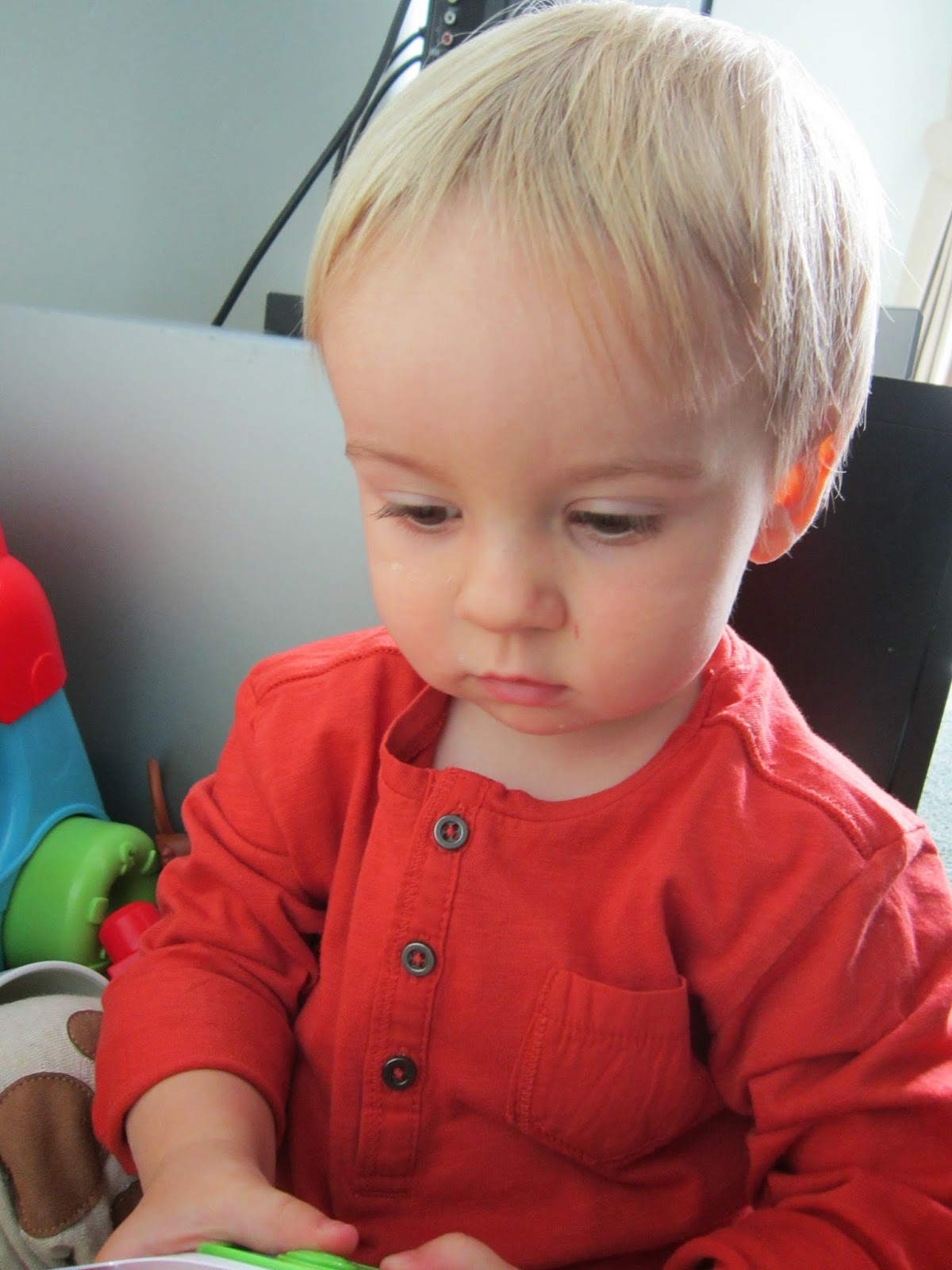 Ben now loves sitting on the sofa, he likes to play with his little pack of Frozen playing cards that we got for free with a weekly shop. I did take them on holiday with us and he played with them for hours. 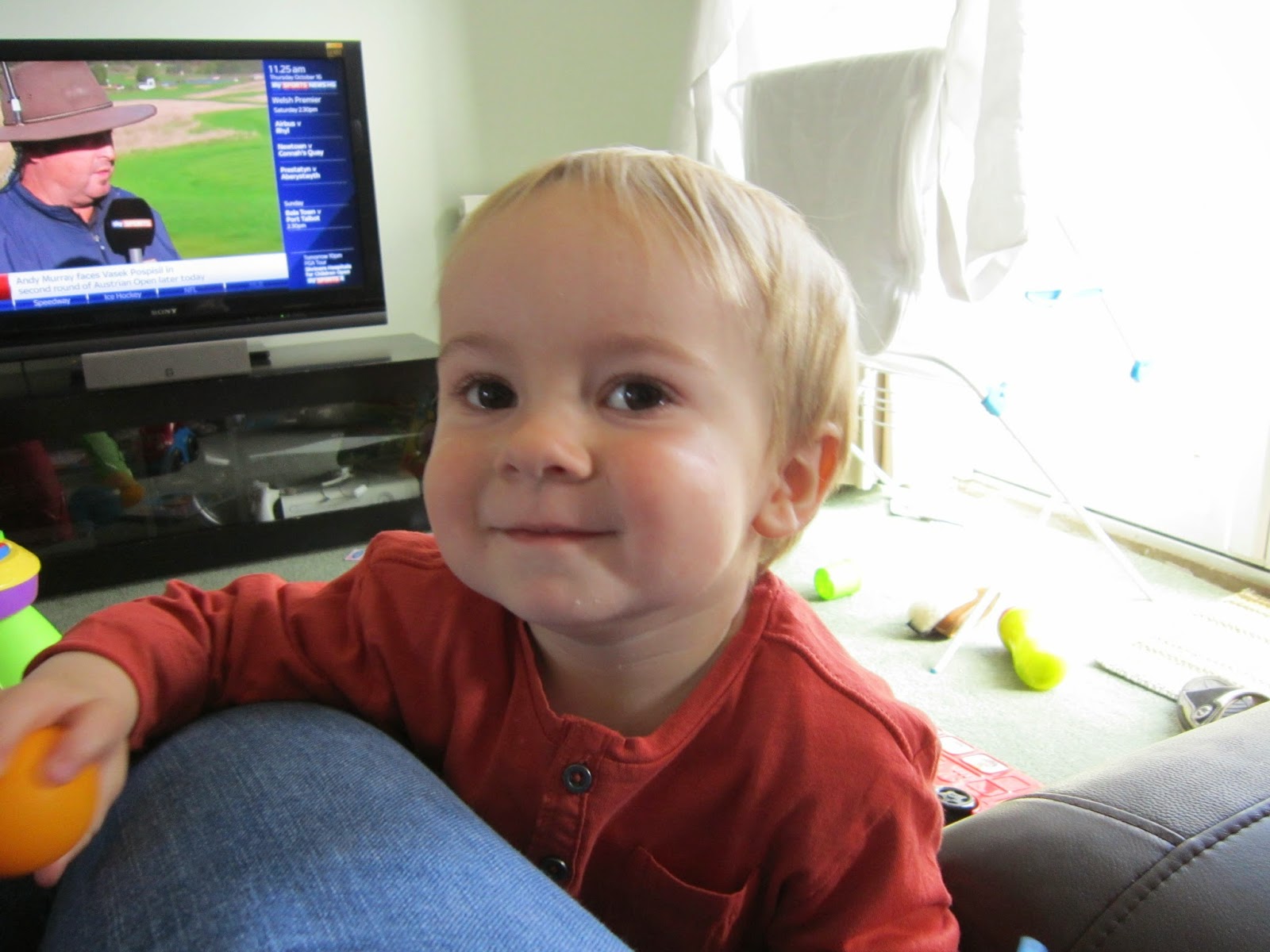 He'll now help me take the dry washing of the clothes horse and put it in the basket as well. 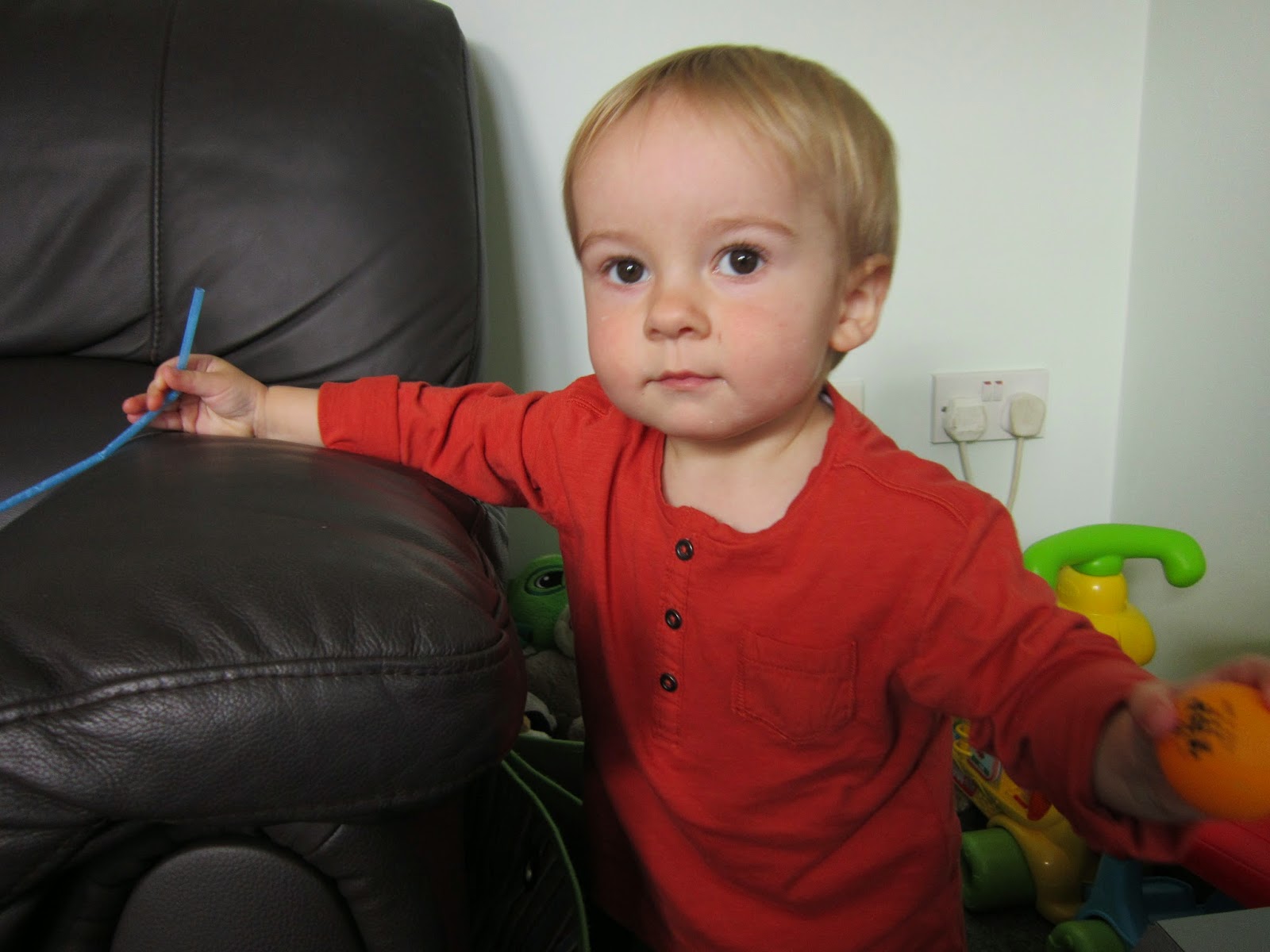 He is such a confident walker now, all he wanted to do whilst we were in France was go for walks, so that improved his walking greatly. 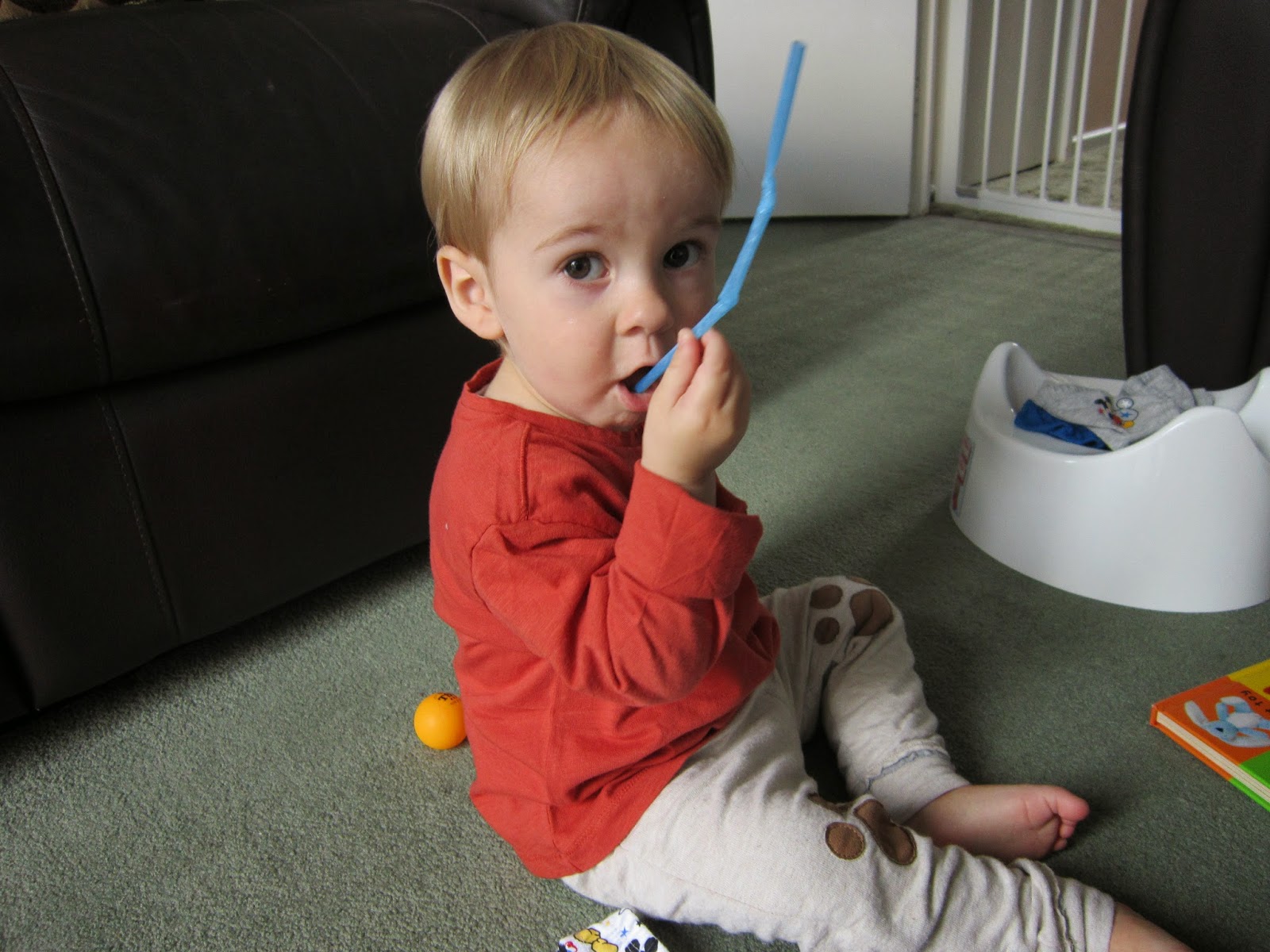 He now tells use nearly every time that he has done a poo, and also touches his nappy when he tells us. As you can see he does have a potty, and some big boy pants, and also a book. I'm just explaining to him what a potty is for at the minute, and once he's more aware we'll start the potty training. 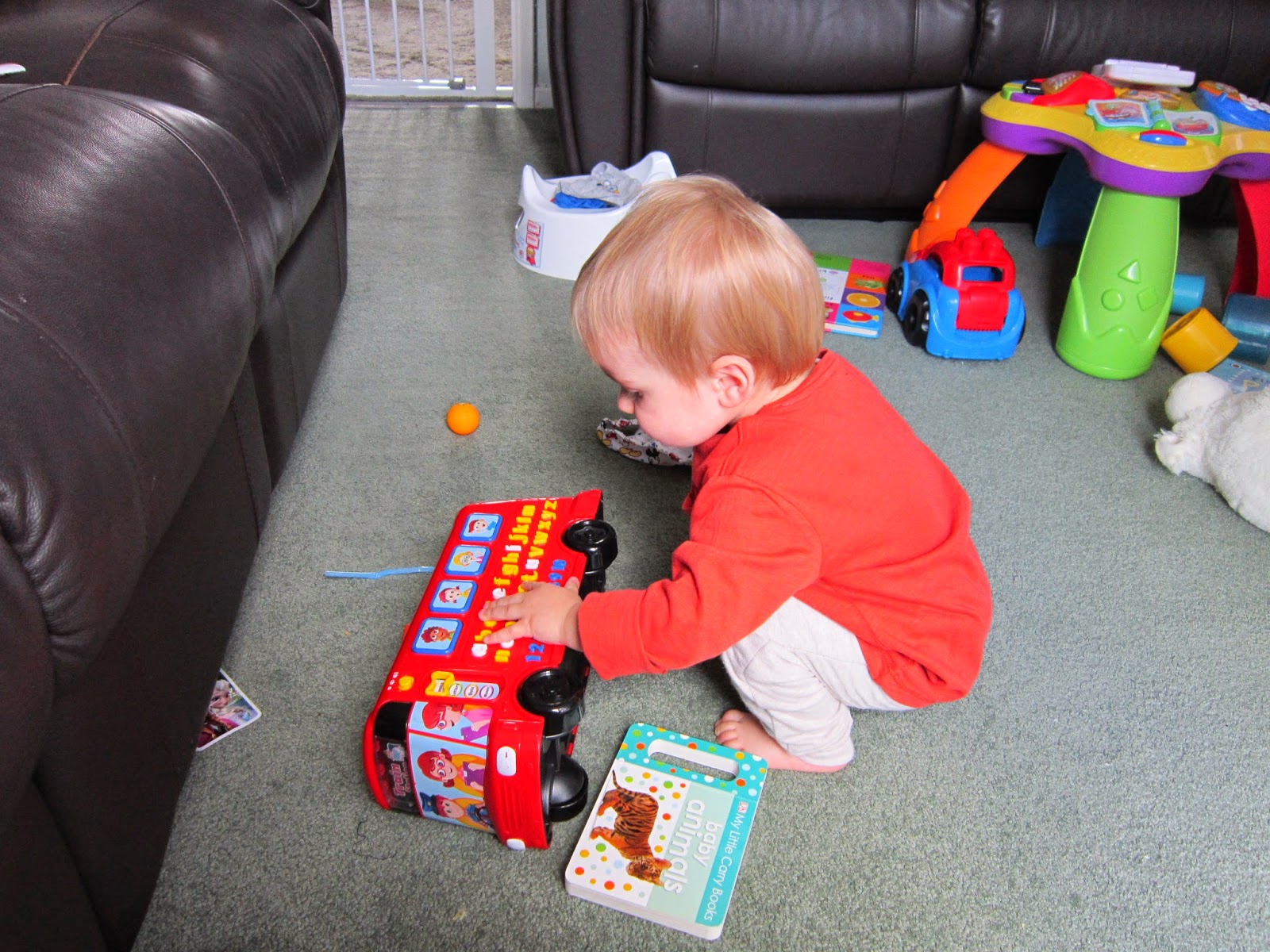 This bus has to be his favourite toy at the minute, and he's beginning to copy the letter/phonics and words said.

He's also turned into such a cuddly little toddler, and goes Mumma and Dadda when he cuddles us, which we love.
Posted by Unknown at 17:00