This year I've decided to introduce a Christmas Eve box to Ben. I saw got the idea from Pinterest, and also saw lots of photos on Instagram of similar things. I thought what a lovely tradition to start doing, keeps the children entertained for Christmas Eve, when they're all excited to see what presents they're going to receive from Father Christmas. 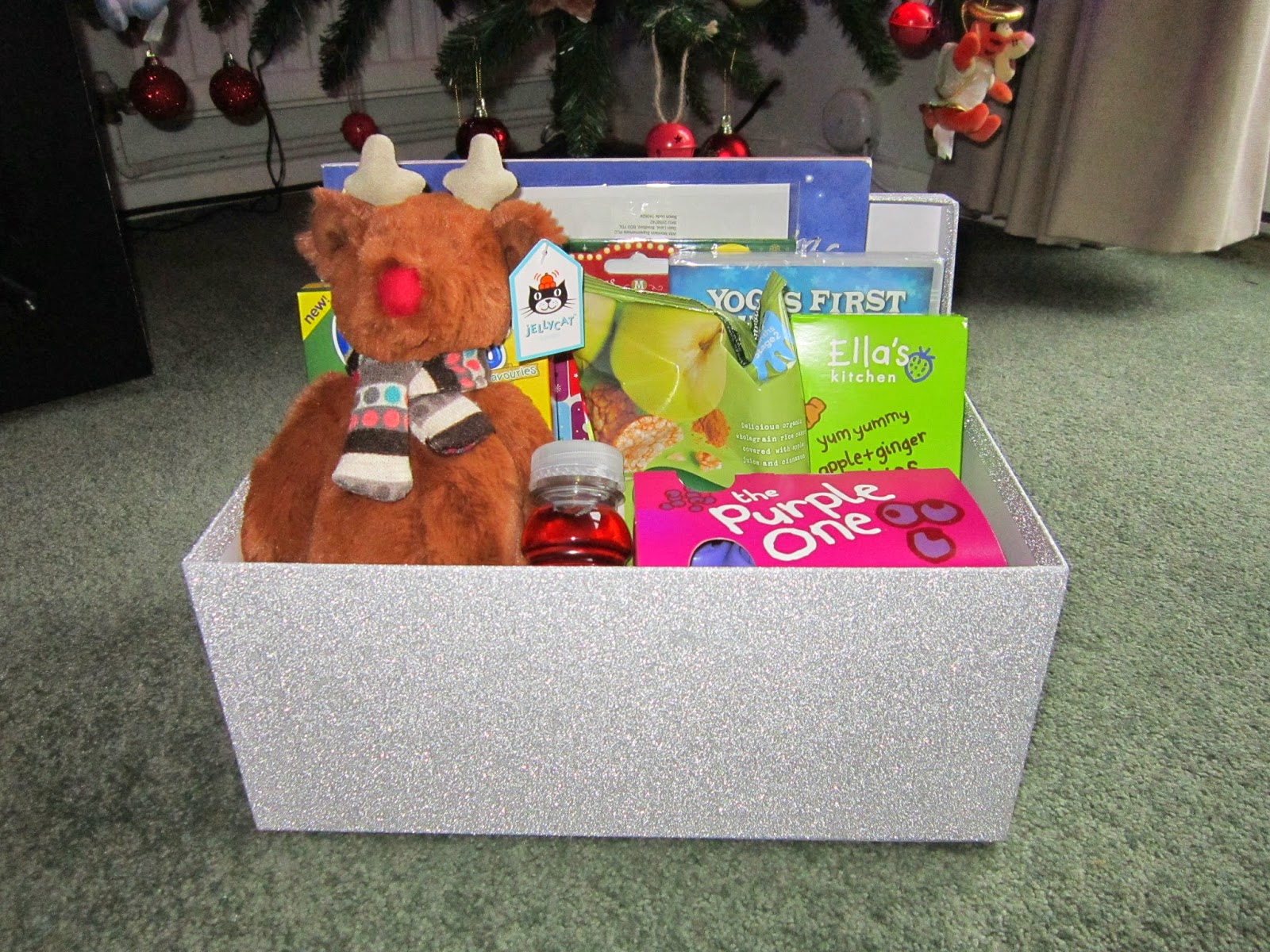 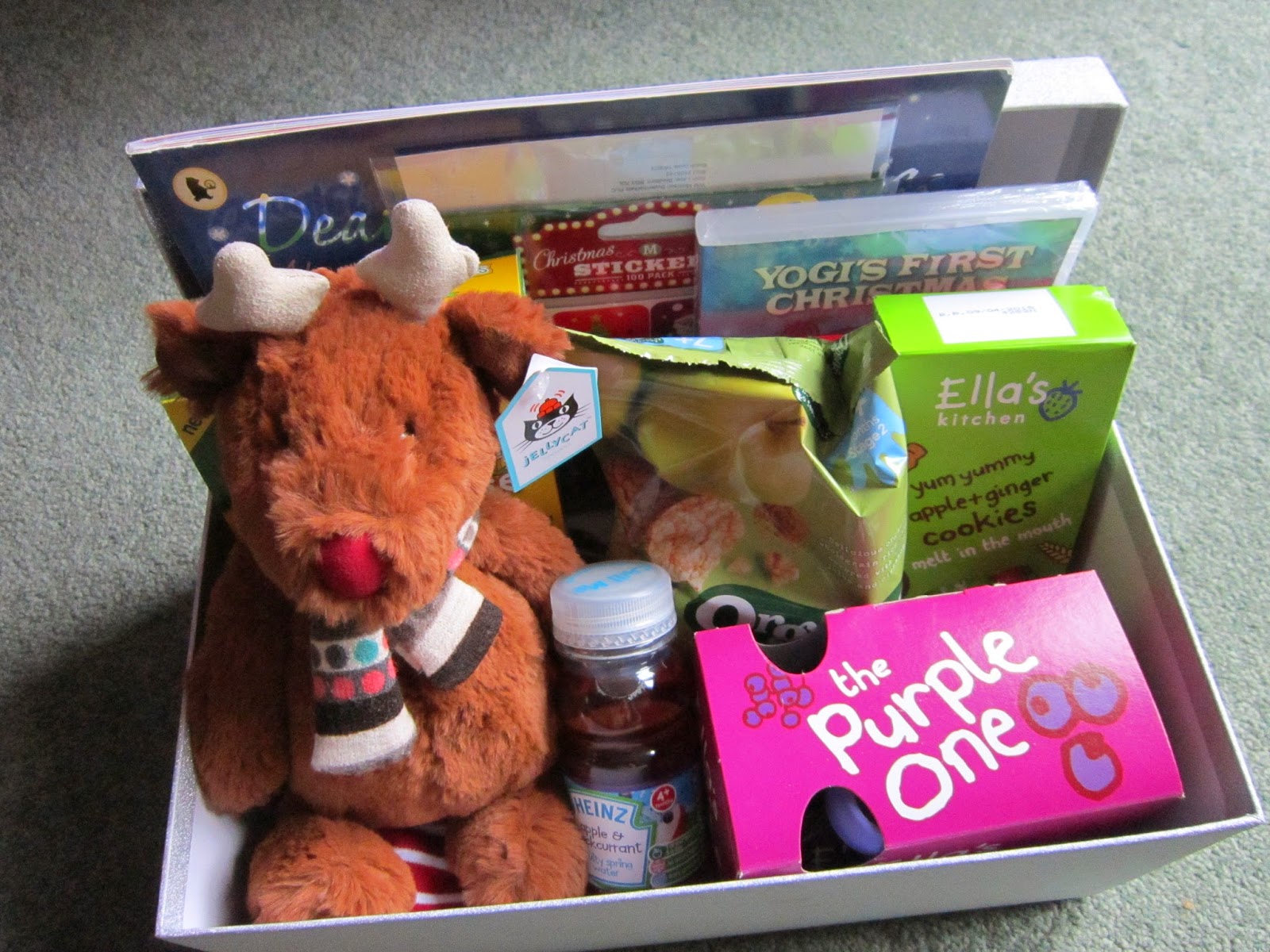 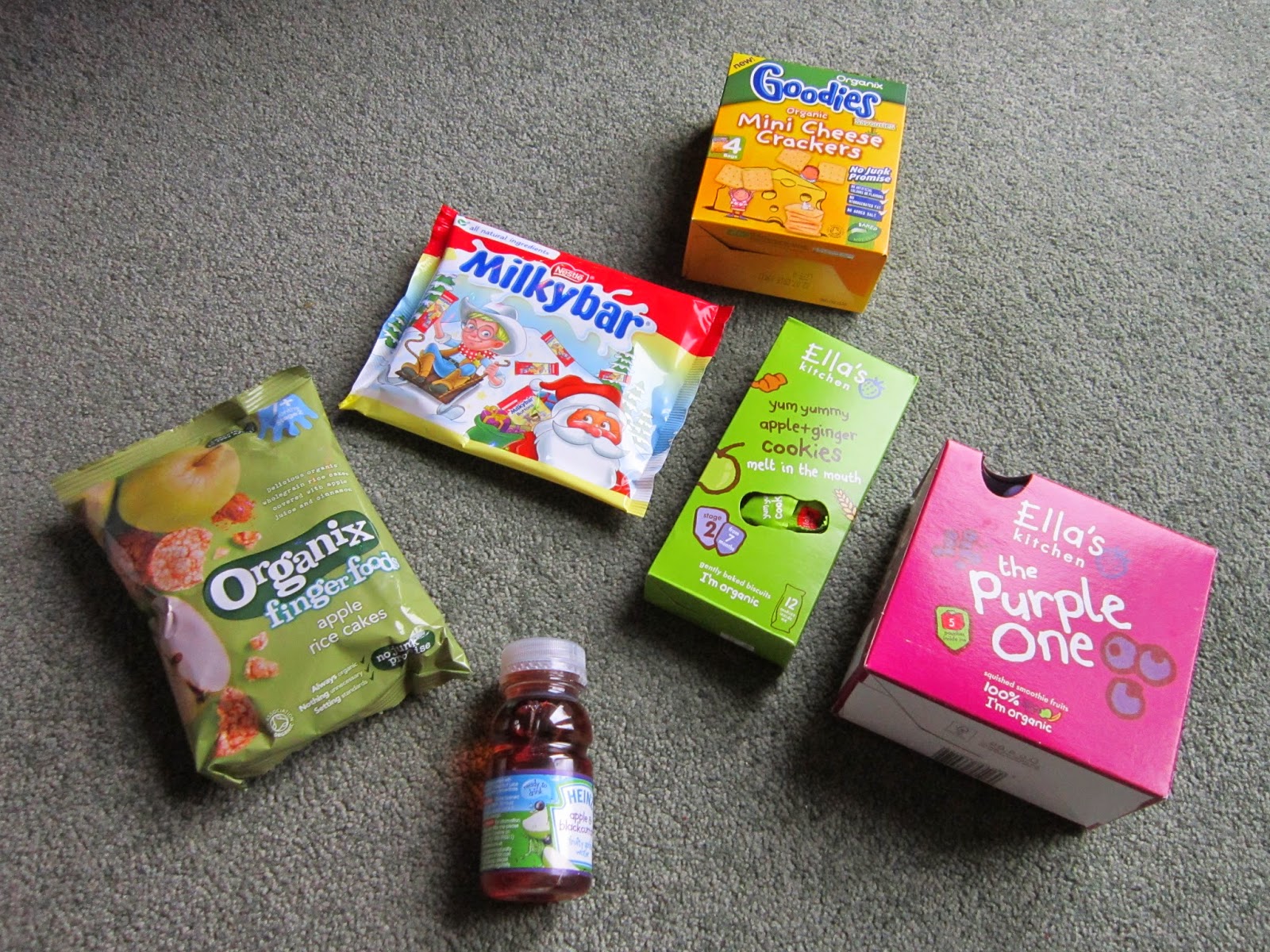 This year as Ben is still pretty young (will be 20 months at Christmas), and doesn't understand Christmas yet I kept it simple. Starting with snacks, as Ben loves to snack. So I chose some from the baby/toddler section at Boots, and also picked up a small Milkybar selection box, as it's the only one available suitable for his age. 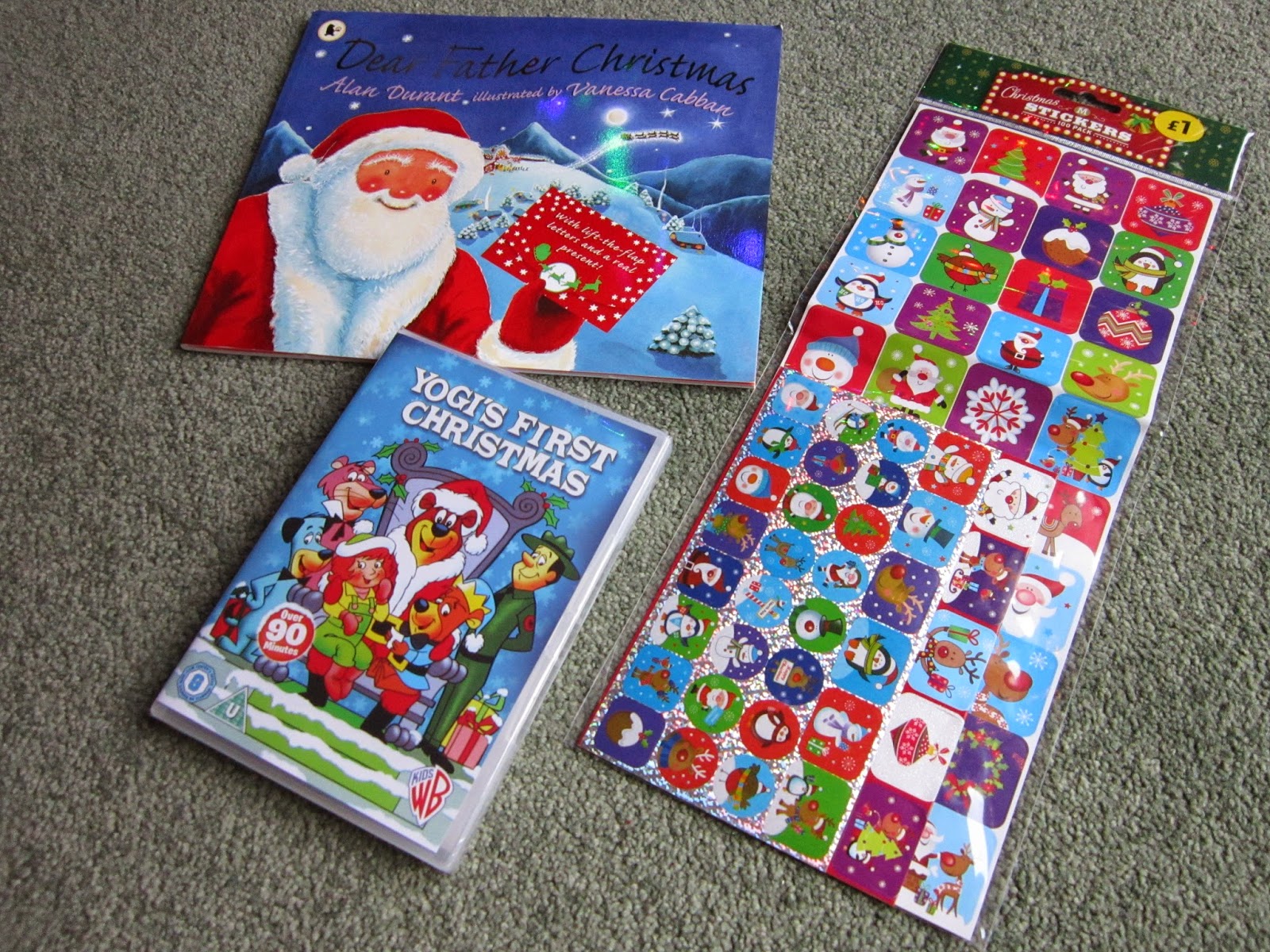 I really wanted to include a book and DVD. I chose Dear Father Christmas, as the book. It's probably a bit too old for him, but he loves to read and look at books, and it's got little letters to get out and read, as he loves more interactive books with flaps and things. I thought it would be good to read a little bit at times throughout the day. The DVD I got is Yogi's First Christmas, I loved this as a child, my sisters and I would watch it together every year. So hoping Ben likes it too, although he probably won't sit still and watch it, haha! I also picked up some stickers, so Ben could do some drawing and stick the stickers on the page as a little activity we can do. 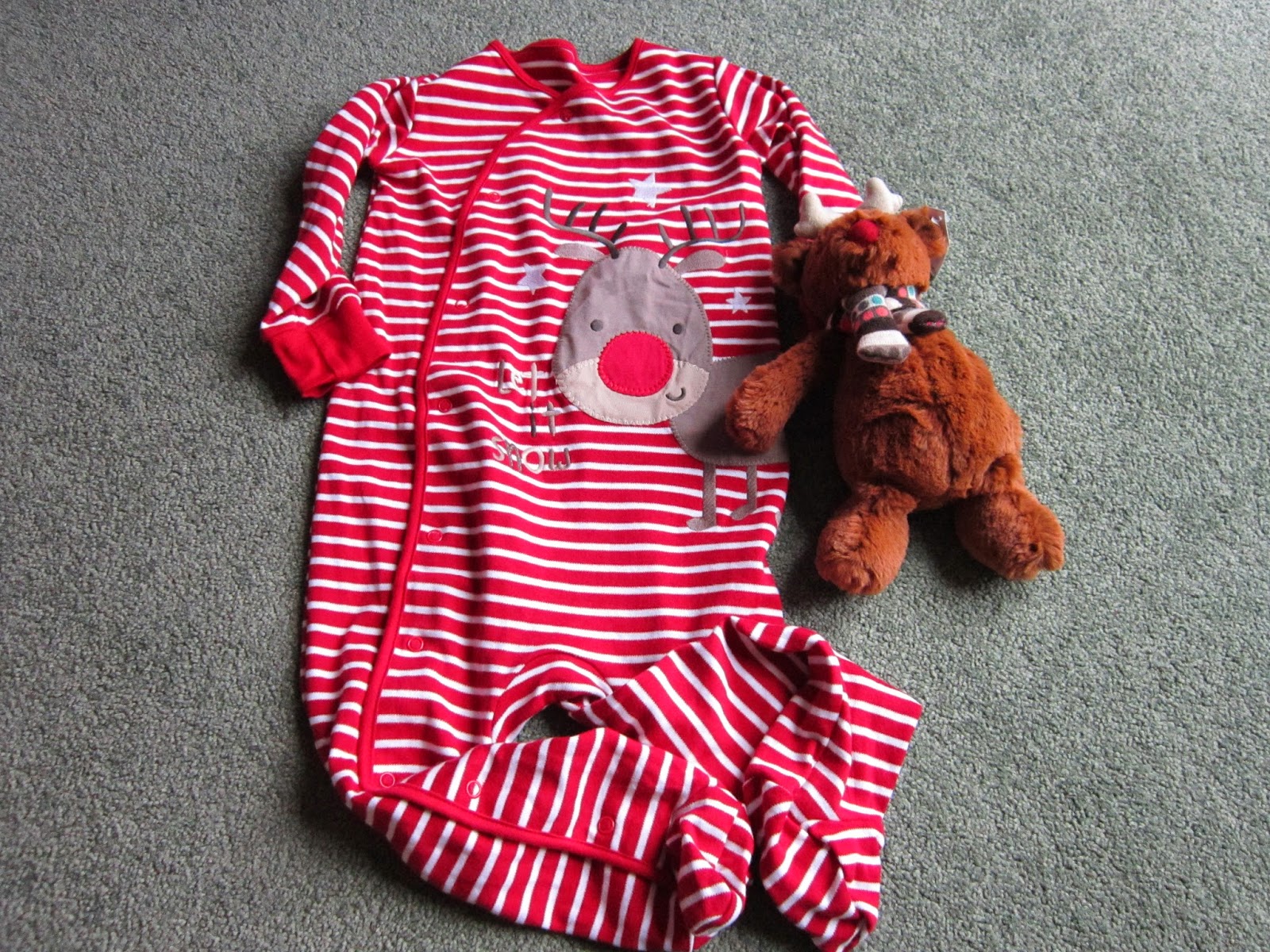 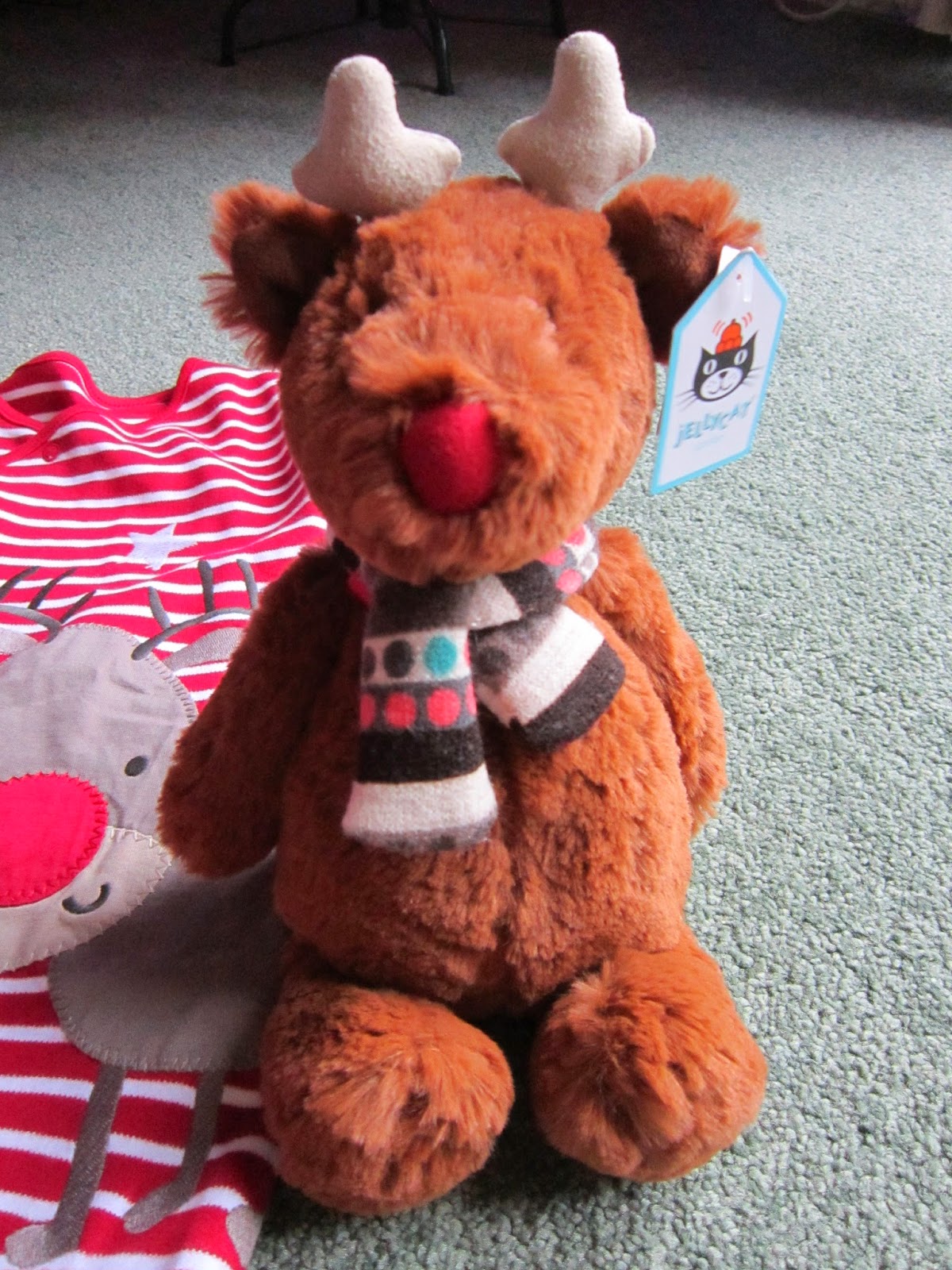 I also thought I have to have a pair of pyjama's. You may remember these from a haul I did, they were in a 2 pack from Matalan. And as I go Ben a Father Christmas soft toy last year, I felt this year he needed a reindeer (well Rudolf). This is by Jellycat (I love their range), although this version is retired, I managed to pick it up in John Lewis, he was on one of the display tables. and seemed to be the only one they had, maybe you'll be lucky like I was, other wise there's the bashful reindeer.