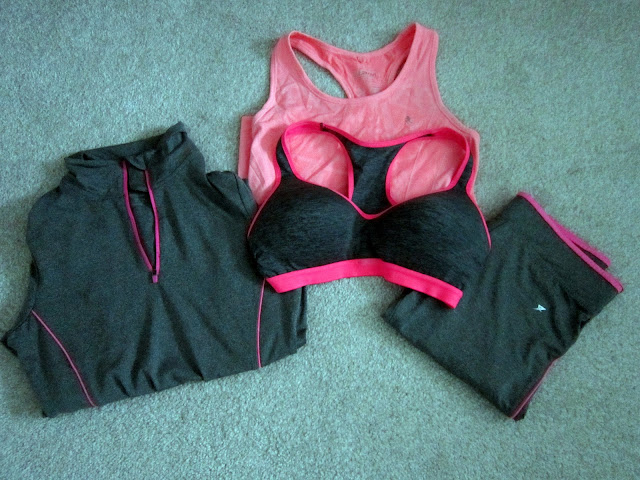 A while ago I was posting about working out ready for going on holiday! Well once we got back that kind of stopped. Ben had stopped napping, and stopped eating in his highchair (which is when I would workout). Ben started Nursery in October, but I never got back into it. As I was more concerned about getting my cross-stitch complete as it was a Christmas present, and wrapping all the other Christmas presents as well.

Now that it's January, and I don't have to worry about that and we're planning our Summer holiday, possibly to Turkey, I'm aiming to get back into it. Ben attends Nursery twice a week, and on the other days he has quiet time in his room in the afternoon. So I can now fit in workouts 5 times a week, which I'm wanting to build up to. The first week I only got in one (but was still in pain a few days later), then last week I managed three! This week I've done 2 so far and hoping for a third tomorrow, Ben's ill so if I'm around all he's wanted is cuddles. And Steve and I are on holiday from work next week so will be having a week off. Then hoping the week after I can up it to 5.

Before I was doing blogilates workouts on youtube. I also watch the SacconeJolys on youtube, and have followed Anna's workouts with Lucy. She does HIIT workouts - this is what I have now started doing, as I hate doing a big long batch of cardio (unless it's walking). So far I love them, and can totally feel it afterwards! I'm also hoping to purchase The Body Coach's Lean In 15 book after work tonight as well to help!
Posted by Unknown at 19:00