Once again another month has zoomed by! I just swear they go by quicker and quicker. 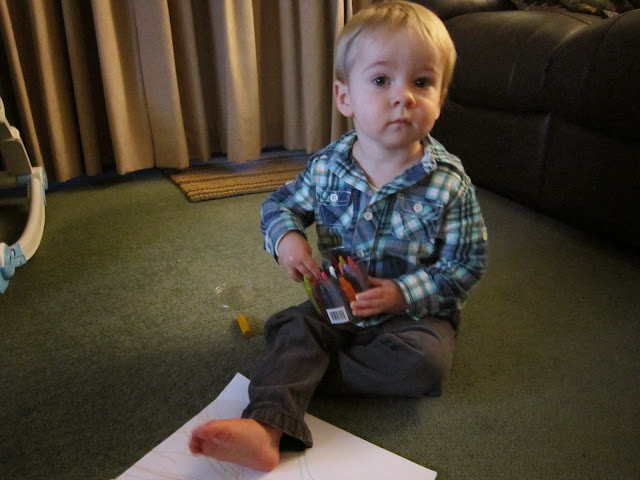 His talking is still improving, definitely what his little body is improving on right now! He actually puts words or phrases together now. He will was 'Dada no home', and 'Pea all gone'. He'll answer questions, like if I ask him what he wants for breakfast - Ready Brek or Weetabix, or for lunch. Which I think is pretty amazing considering his age. 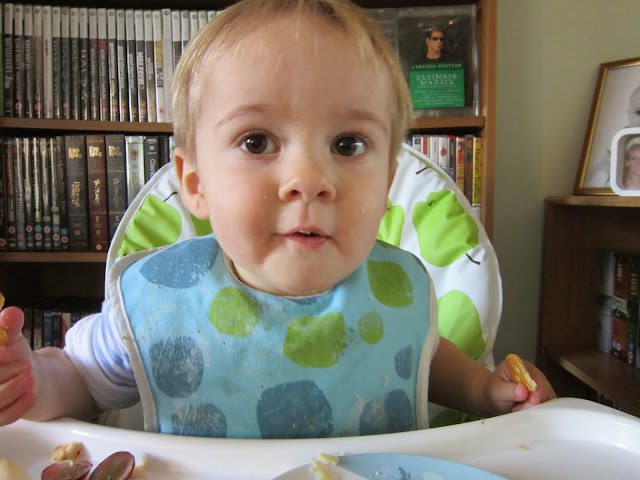 He finally seems to have stopped putting things in his mouth, and hasn't eaten his crayons in a while. And will actually draw with them now, where as before he would just put them in his mouth mostly. 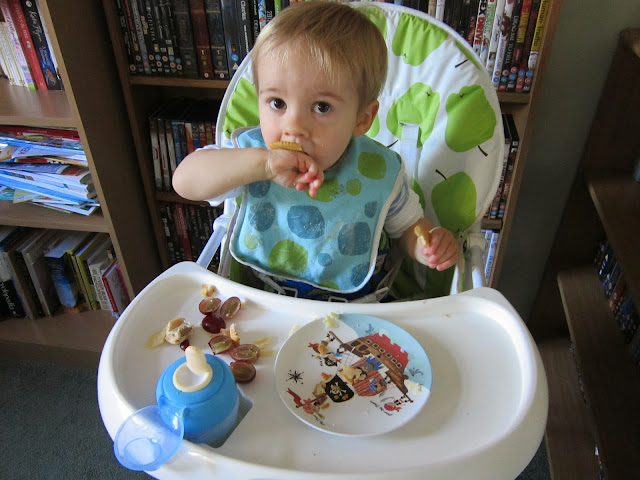 Food wise, I've given up with bread for the time being, and now give him snack type of lunches, with crackers, cheese, toddler crisps, fruit, mini sausages or sausage rolls. His favourite foods right now seem to be crackers, cheese, pasta, sweetcorn and yogurts. 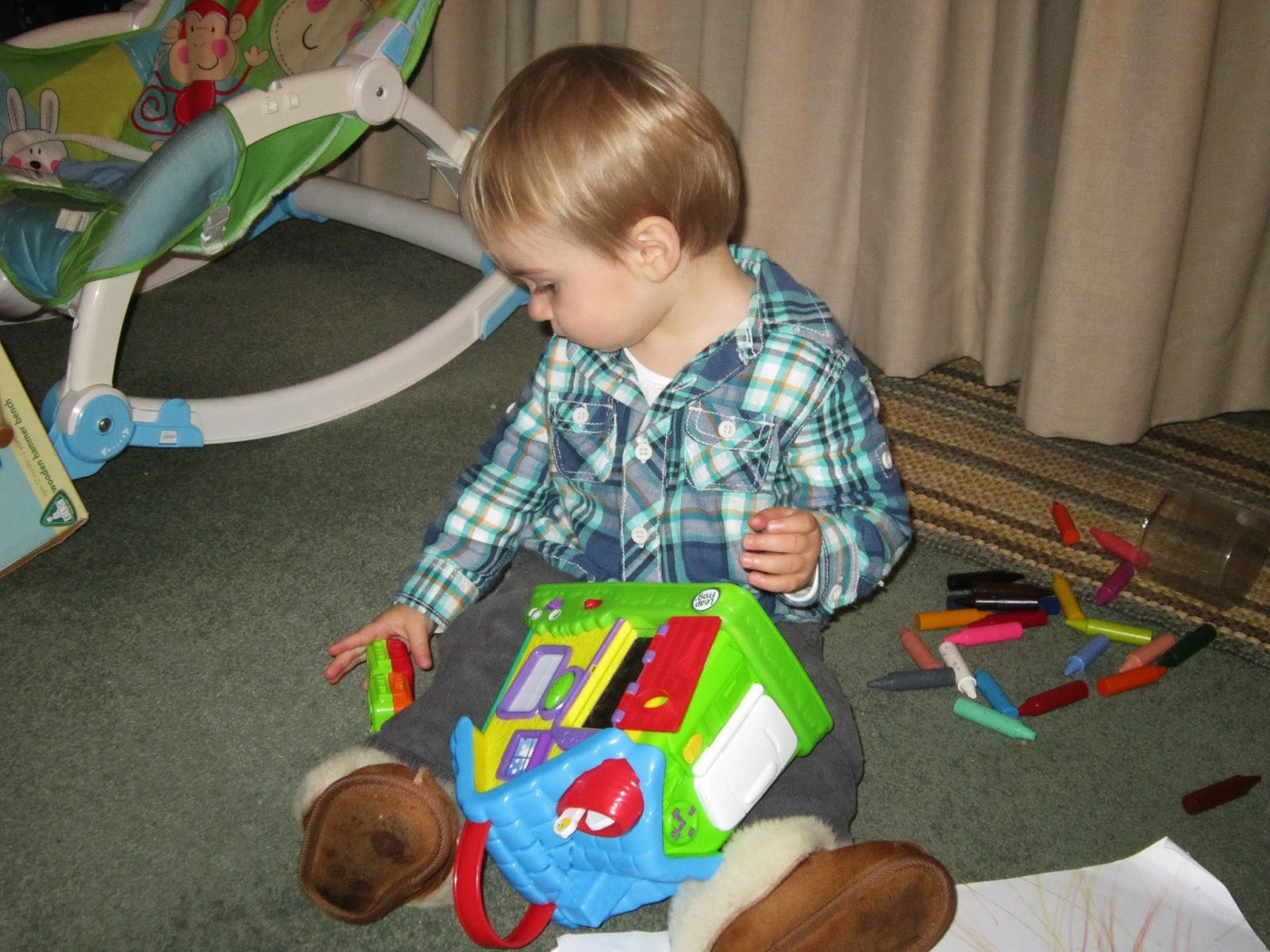 We're gradually changing over to size 18-24 month clothing. I'm trying to get a last few wears out of his smaller 12-18 month items before putting them away. I had to give him a major haircut this month, but think it will soon be time for a trip to the Barbour with daddy for a proper haircut. 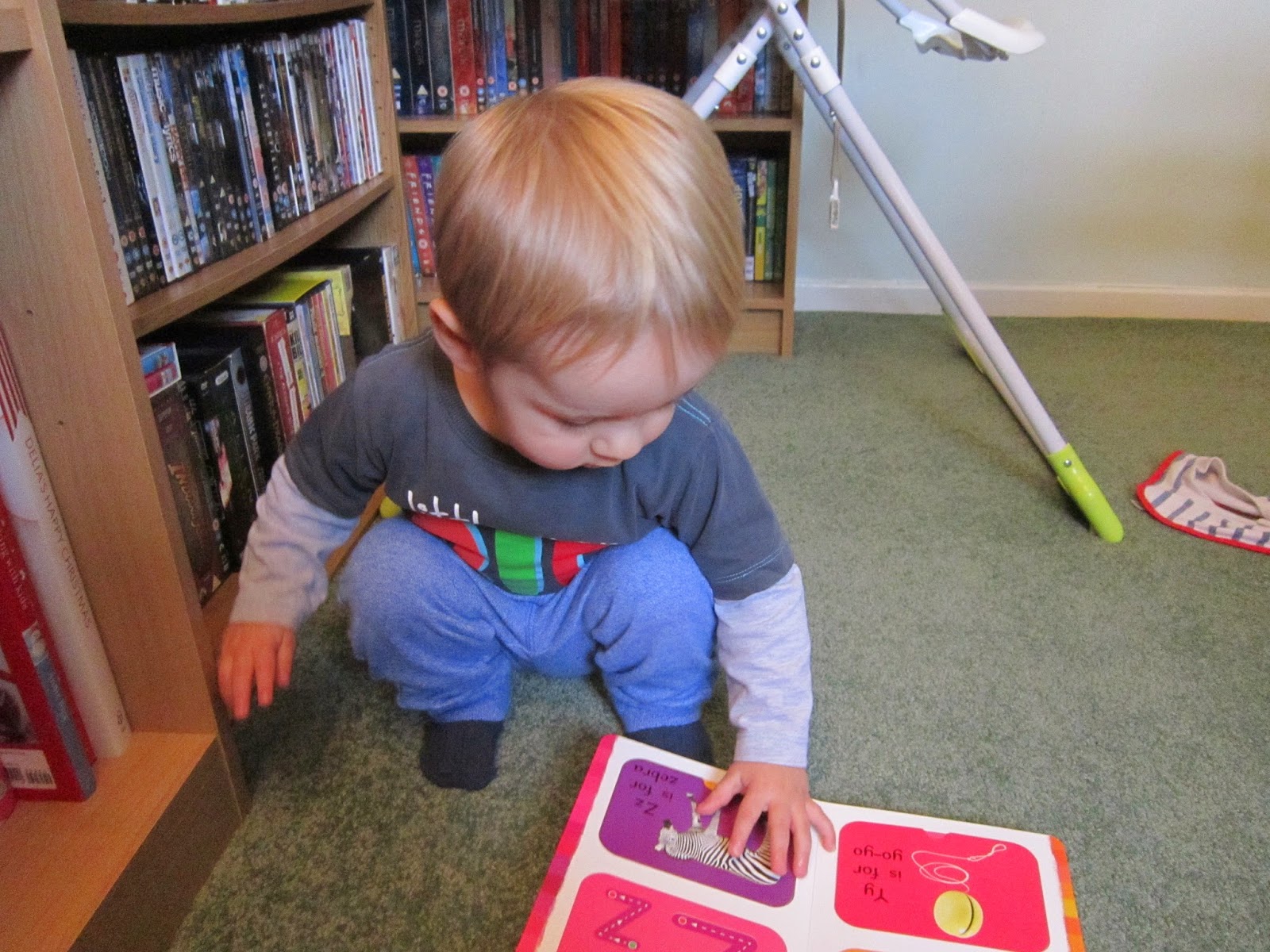 No major teething this month, had a few days with read cheeks but I've only had to give him Calpol once. And he also co-operates a lot more when we brush his teeth.

We have had some sleep issues this month, with the clocks changing. And then my mum babysat which didn't seem to go down to well, and Ben was still awake when I got home at nearly 10PM. But it seems to be getting better now. He was taking a while to fall asleep at his nap time, and the past 3 days I have put him in his sleeping bag for them and it has made the world of difference. He now falls asleep quicker (although still not straight away - he never has done) and sleeps for longer. So he's a lot happier. 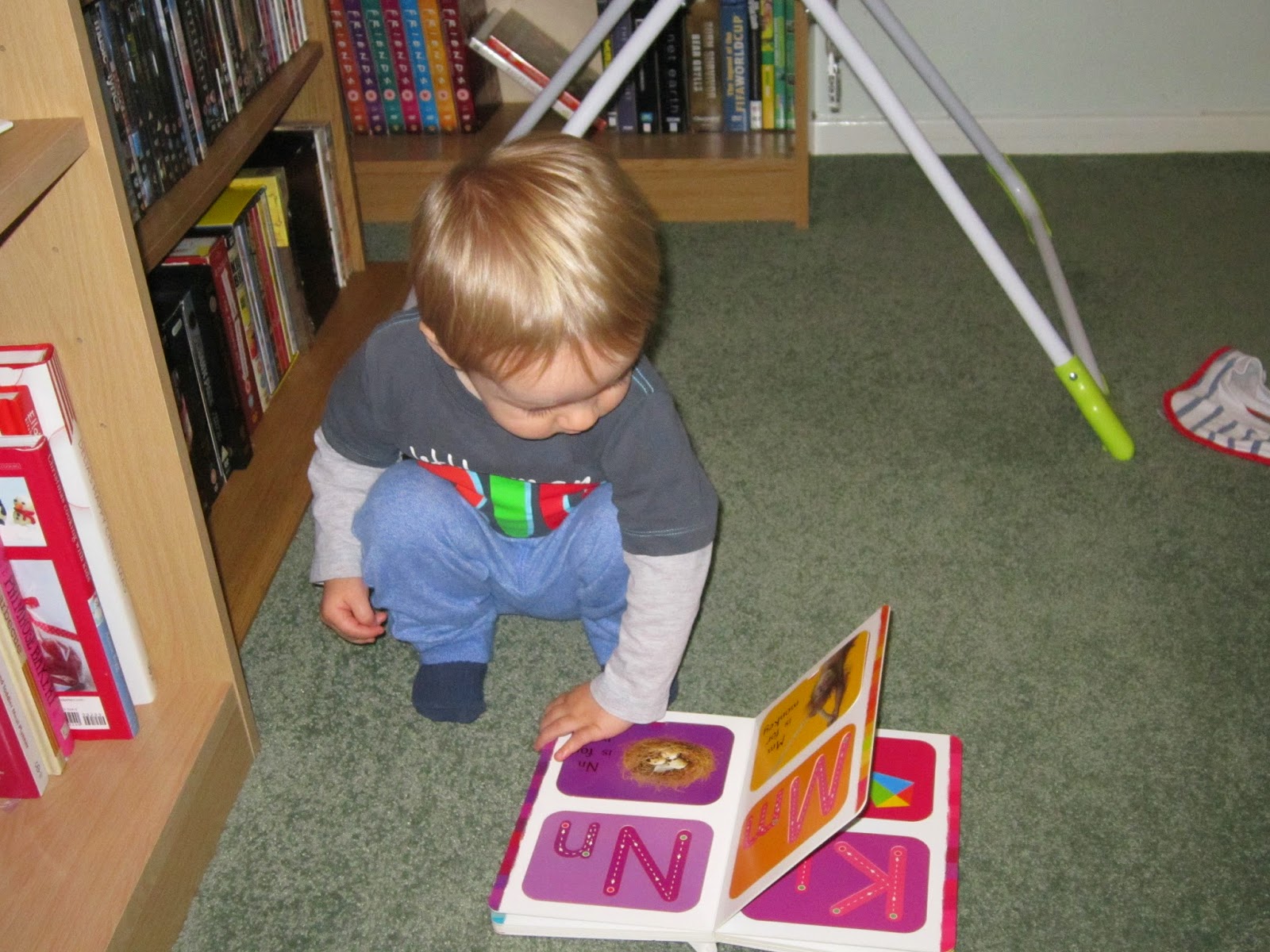 One major thing is we seem to be hitting the terrible two's already. Ben's having little paddies multiple times a day now, over tiny little things, or if he doesn't get his own way. This was bound to happen sooner or later, thankfully we haven't had any big major one's although he did have a little feet stamp moment last night, which I found funny! Haha!
Posted by Unknown at 17:00