I was planing on doing Ben's next update around his 2nd birthday, just never got around to it. And today he is 25 months old! I seriously cannot believe it!

It's still really hard to take photos of Ben, so I got some whilst he was snacking yesterday, and the rest I took today telling him to get in his car! Which I am so glad he is now willing to do.

I believe I said in my last post that he gets upset and scared in new places or places he doesn't recognise. He is a lot better with this now! 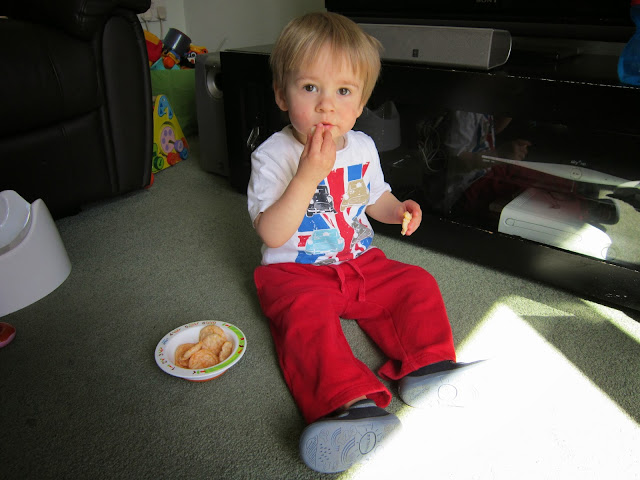 We went to an 80th birthday party on Saturday, and as it didn't start till 7PM, he hadn't napped all day and it was somewhere new I was a bit apprehensive as to what he would be like. At the beginning he asked to go back outside, but other than that and a little crying he was great! So thankfully that is improving, next we have to tackle our holiday journey and then the hotel. 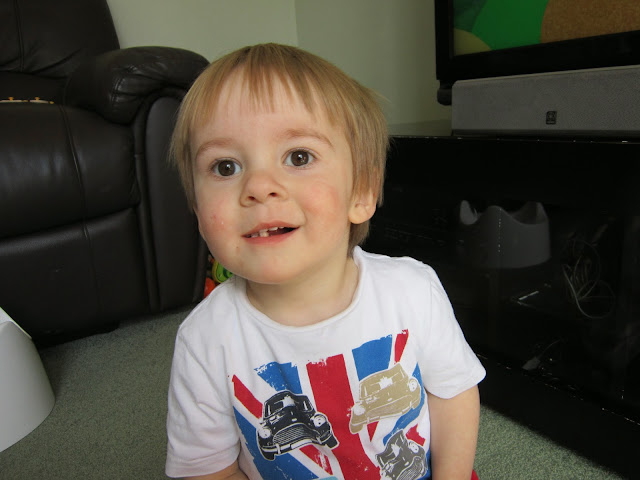 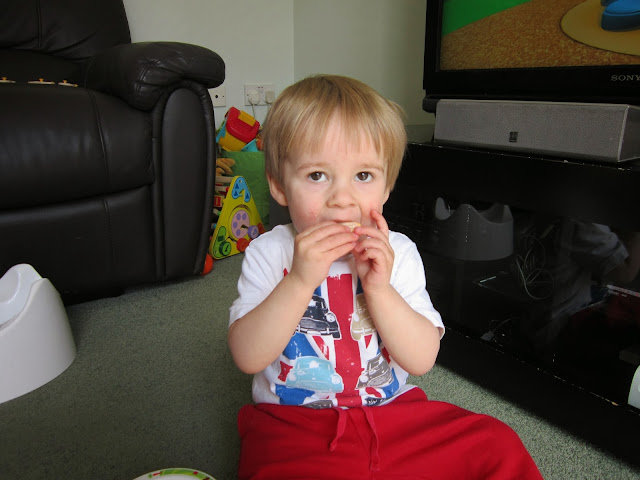 His talking is going amazing, he puts together so many sentences now, and says new words every day. Either copying what Steve and I say or what he here's on the TV. He loves his numbers, and counting! 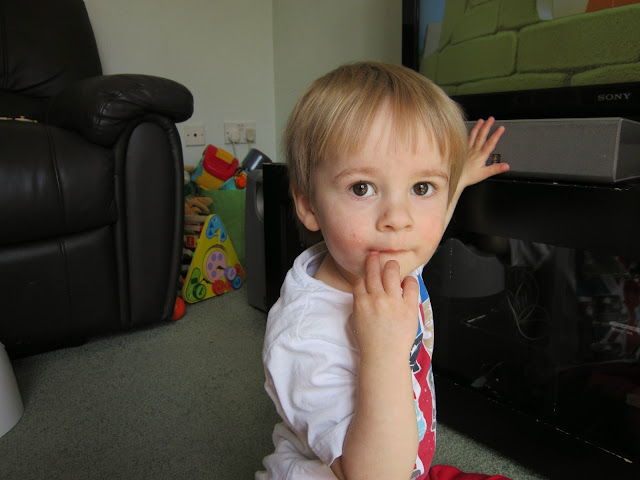 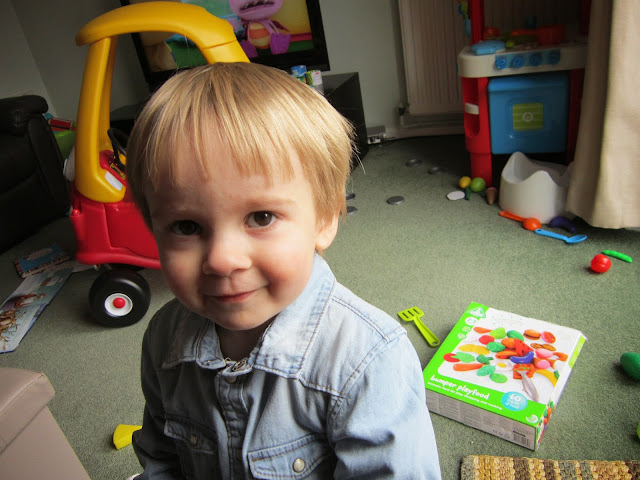 He's started pulling the books and DVDs off the shelves again, he did this a while ago, and when he stopped we were so happy. Hopefully he'll stop soon! He's also started bending books. And he has ripped a couple of his, but after a stern telling off he hasn't done this since. 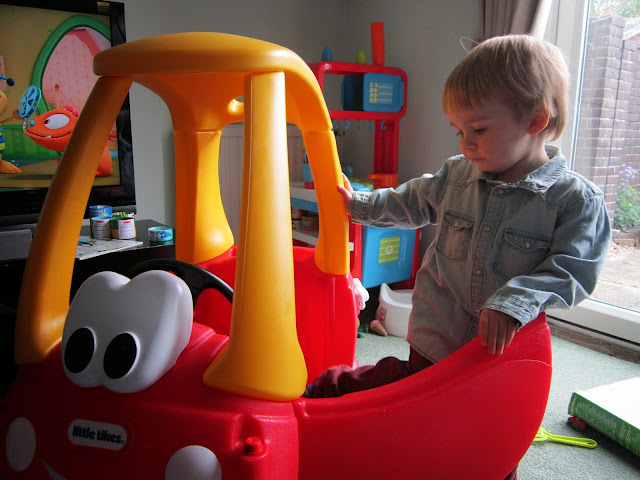 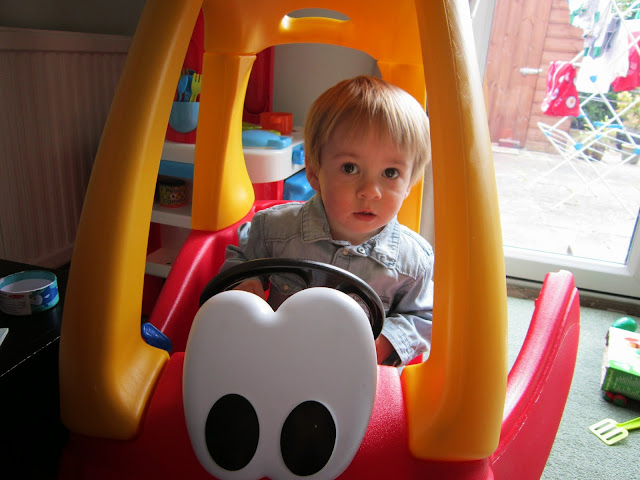 Still on going with potty training. We had a good go last week, but he would go on the floor, and this is after we've just had a few minutes of sitting on the potty as well. So I'm just waiting till after our holiday now. 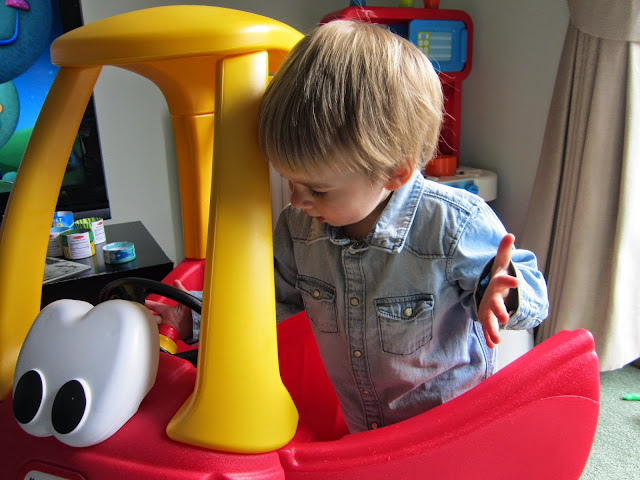 He is so cheeky! I'll ask him to come downstairs, take him to the top of the stairs and start going down so he can follow, he then runs off into the spare room laughing!

We've also had a few paddies one was when we were shopping last weekend, he just started crying for no real reason, but I know this is to be expected in the terrible two's.
Posted by Unknown at 19:00