So after my research that I have done on what to take with us on holiday for Ben, this is what is in his carry on. Some things are in mine as they won't fit in his backpack though. You'll see my carry on in the next post. 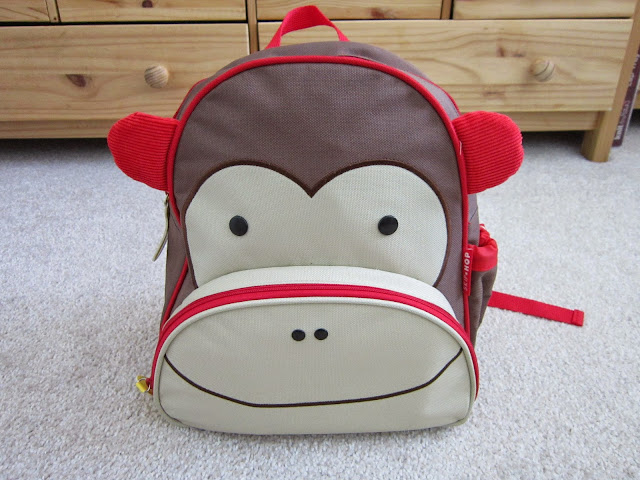 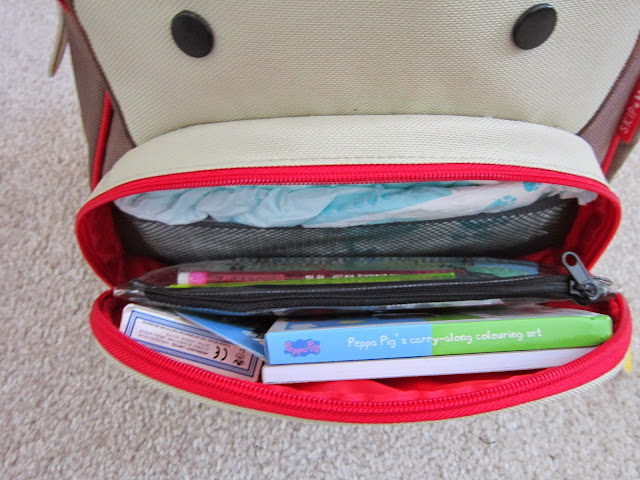 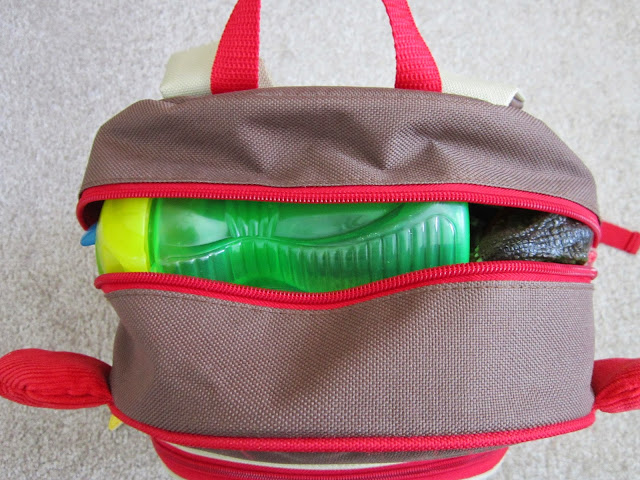 His monkey backpack is by Skiphop, we bought ours from Jojo Maman Bebe back last year for when we went to France. I love it because it has the front section and a little side pocket as well. 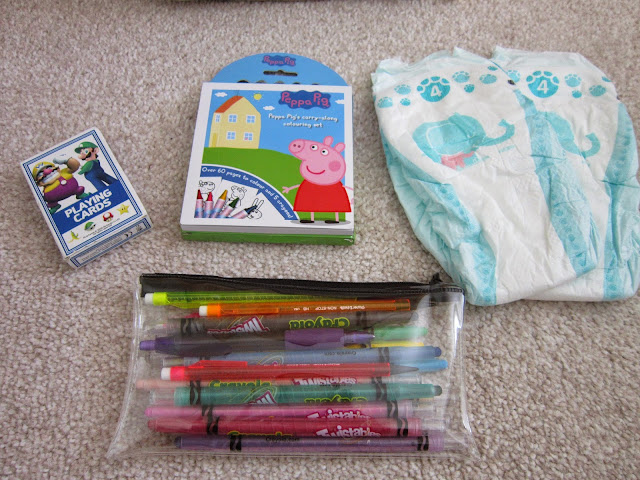 In the front section I've managed to squeeze in a couple of nappies (am planning on us each having 2 on us - just got to put a couple in Steve's carry on when he's sorted it), a pack of playing cards, just for Ben to look at, a Peppa Pig colouring set, which is a little colouring book and some wax crayons. That was only £1 from Wilkos and they had other varieties too. And also his pencil case with some Crayola Twistable crayons, and I also sneaked my pencils for my doing me puzzles in there as well. 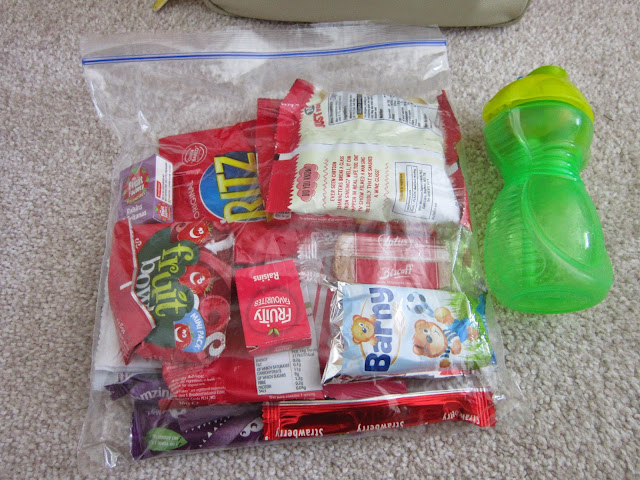 In the main section the first things are Ben's sippy cup - we'll just be using this for water on holiday, and will be travelling with it empty. Lots of snacks! I'm not sure what Ben will want to eat, and he needs things to eat during take off and landing to help his ears pop. 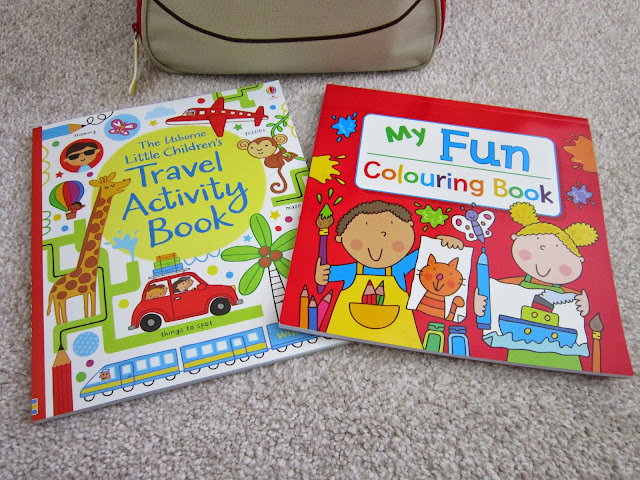 An activity book - we will have to help him do this, but there's also some stickers in there! And a colouring book from Poundland. 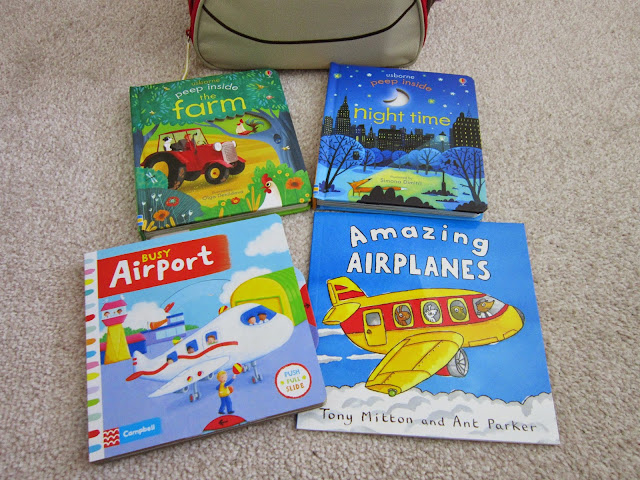 Some reading books, the Peep Inside one's a great as Ben loves the flaps, and the Busy Airport one has dials to turn. 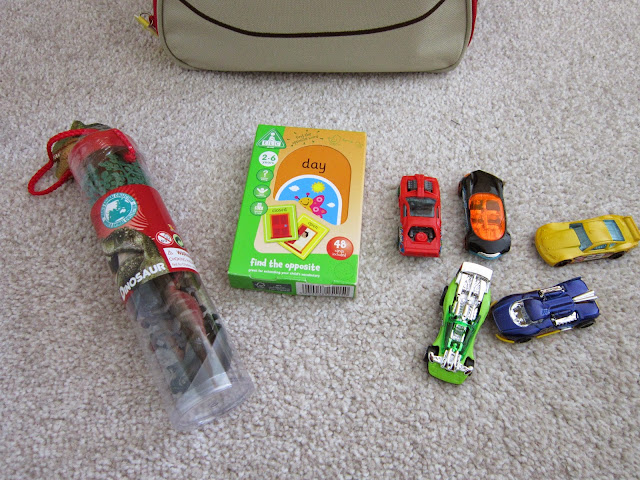 Lastly a few toys, the dinosaurs I picked up in Morrisons for £1.50, we have a little pack of flash cards from The Early Learning Centre, think these were £2. And some cars that I picked up in B&M.

As regards to drinks I will be taking a bottle of water for us on the coach, which will then be thrown before security. And I always get some water from Boots once we're through security, I always make sure I have enough advantage card points so I don't have to pay for them though! Haha!
Posted by Unknown at 19:00