It's time for Ben's 15 month update. Now I'm back into blogging again, these will be every month. This will be one massive post, as I haven't done an update for a while. 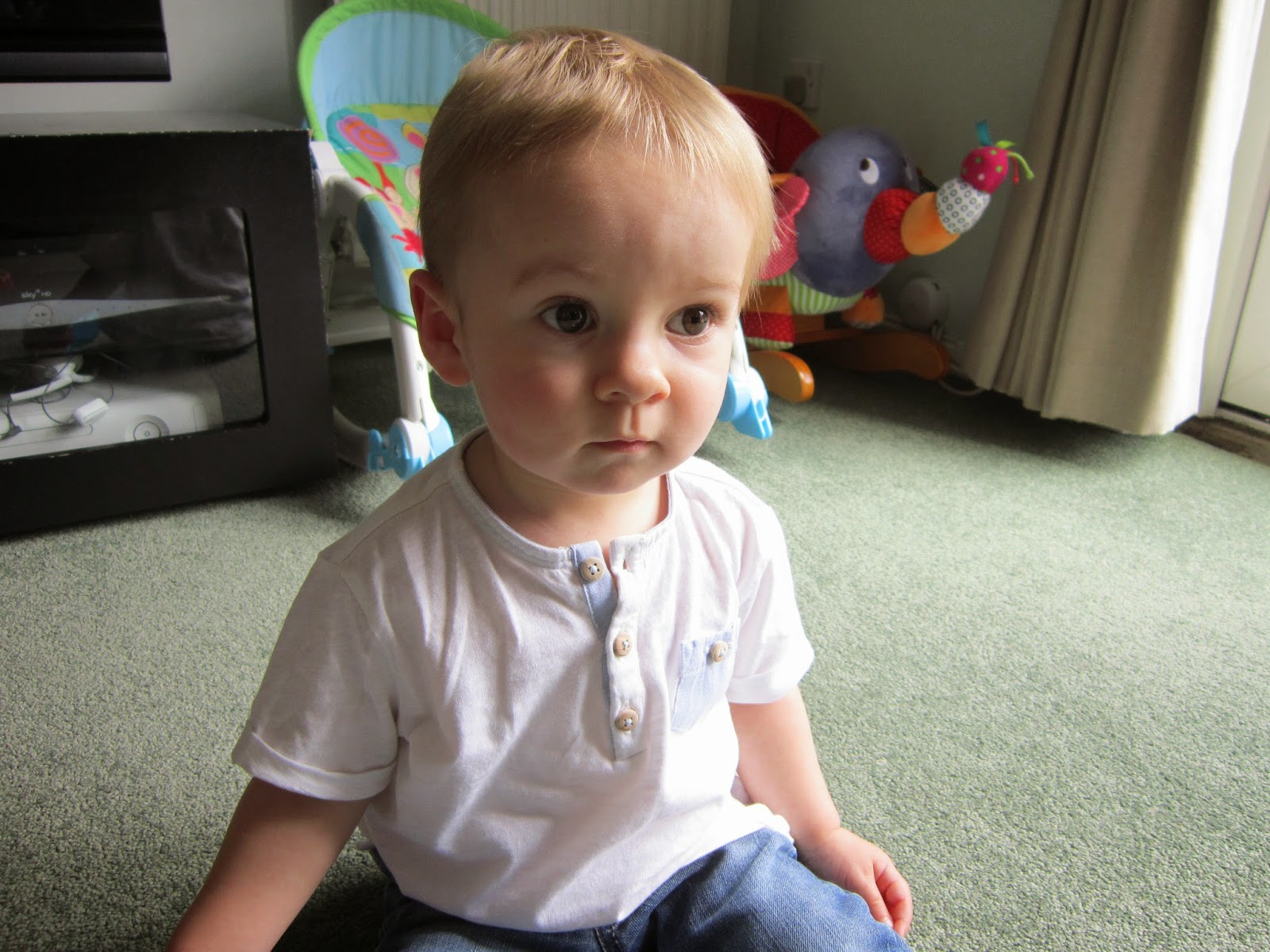 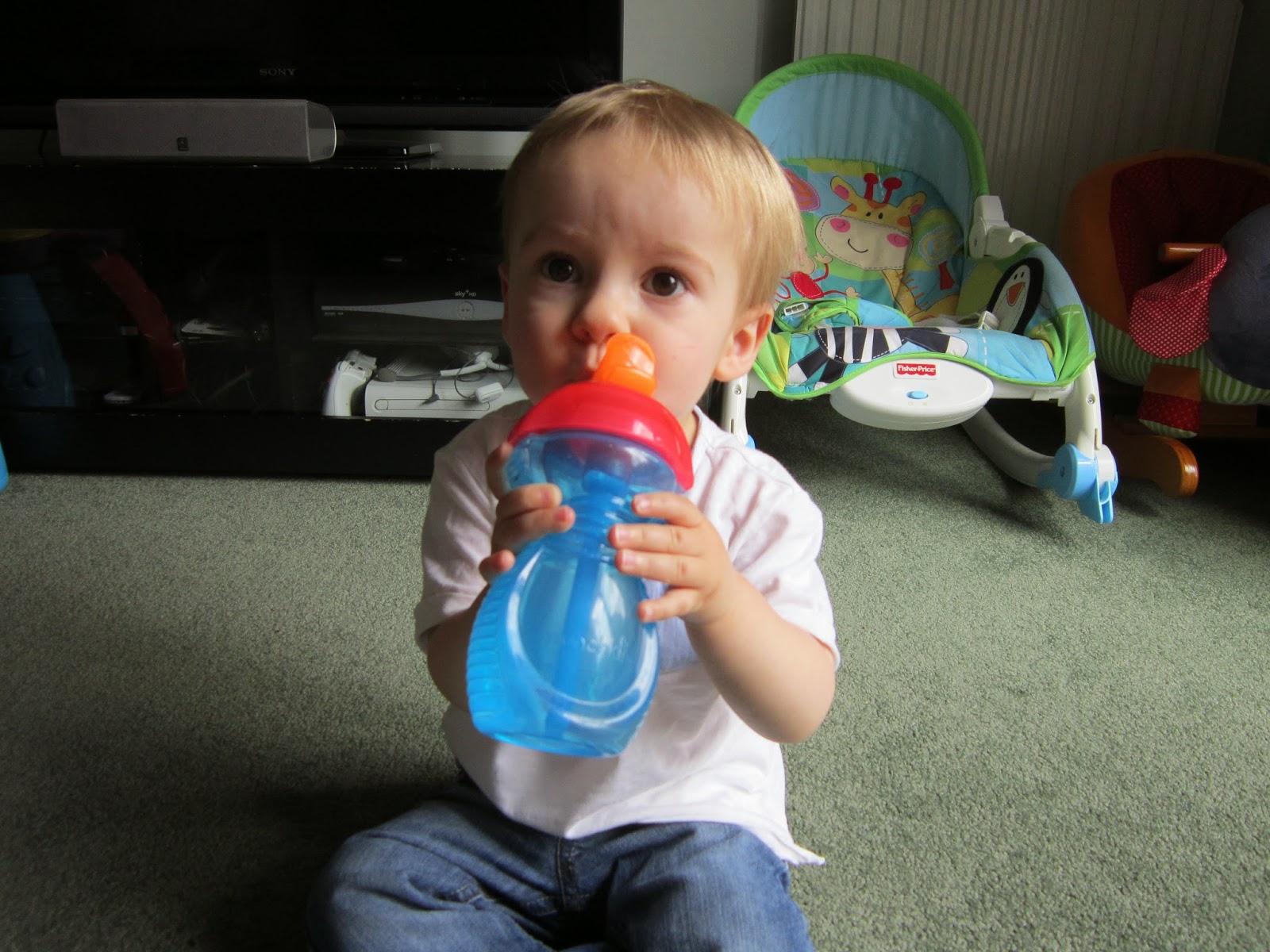 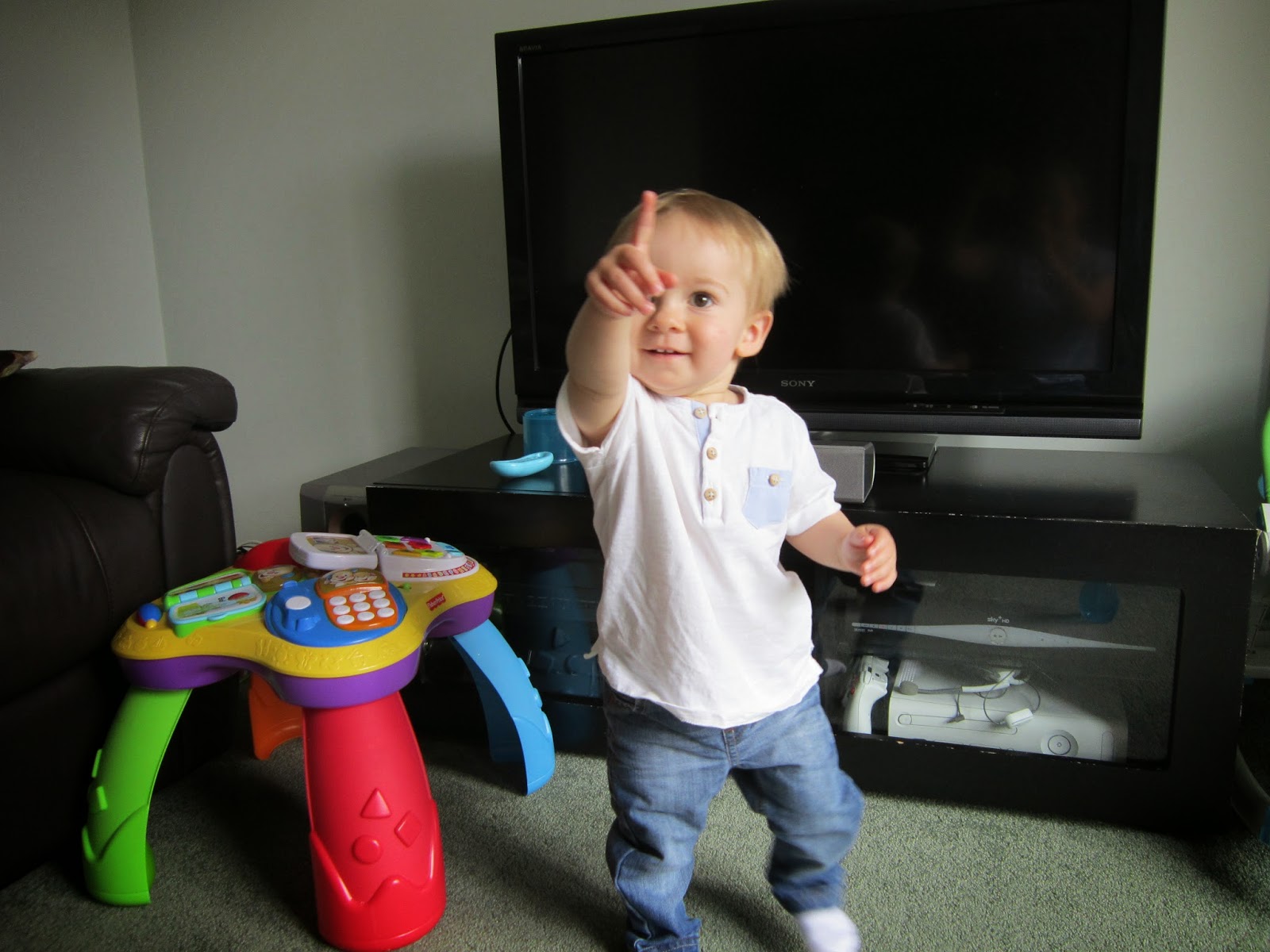 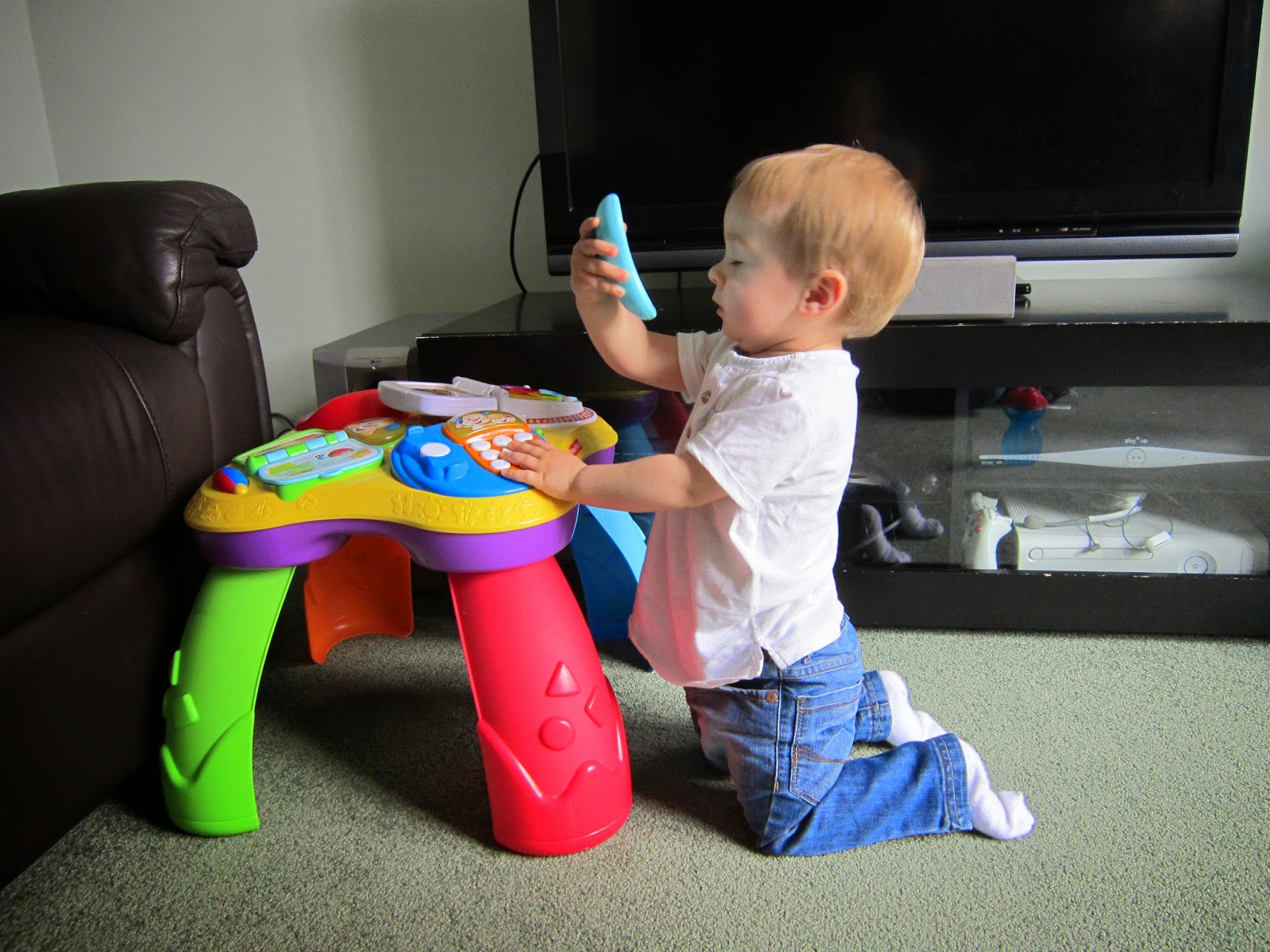 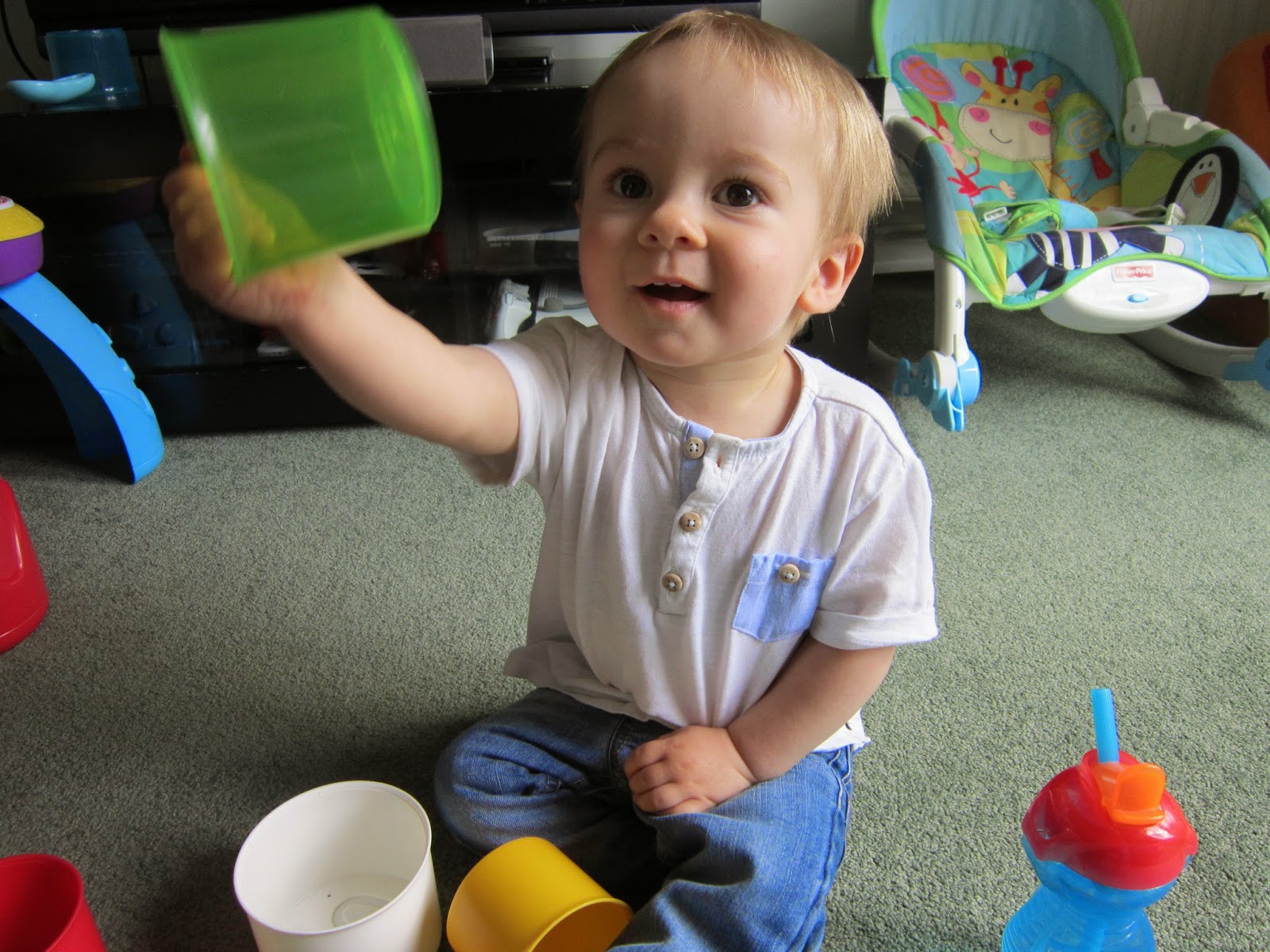 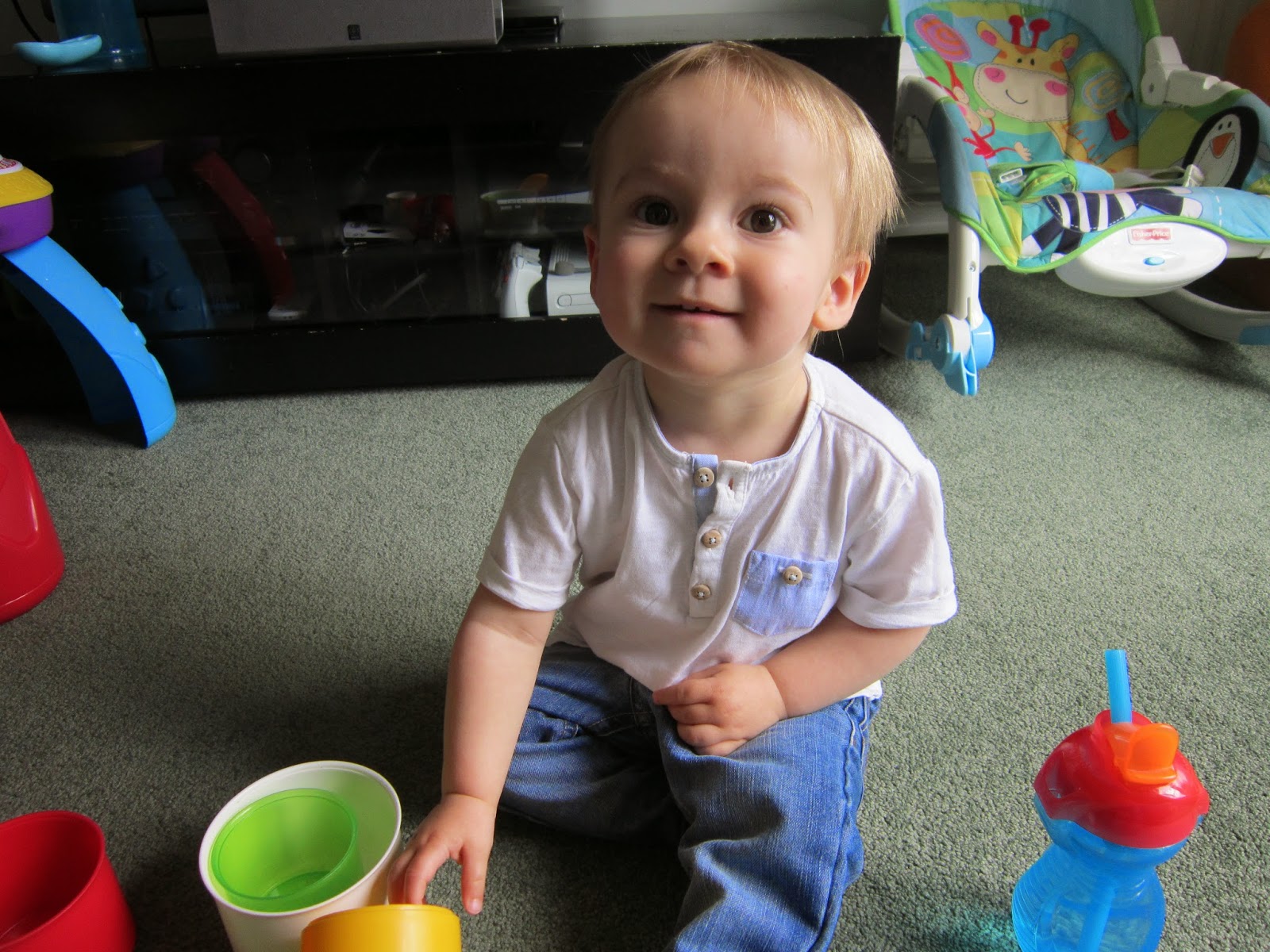 Weight
I honestly have no idea! He hasn't been weighed since 28th Jan, and then he was 18lb, 6 and a half oz. So I'm guessing he's around 21lb? He's not the biggest of toddlers.

Sleep
At night, sleep is great, he normally gets at least 11 hours, the other day he slept for 12 and a half. He normally sleeps through the night and if he wakes he puts himself back to sleep. We no longer co-sleep, and put him down awake at bedtime. Nap time is a different story, we went through about 2 weeks of not napping. Now I manage to get him to sleep, but either in my arms, his rocker or he will fall asleep in his buggy if we're out.

Diet
He eats 3 meals a day, and 1 or 2 snacks a day. I am aiming to start cooking more, so Ben can have what we have. The only issue with this is Steve and I working, there's 3 nights a week when we eat separately. Ben's also off breast milk completely, and now drinks full fat cows milk with every meal and his snacks. We have a straw cup of water on the floor most of the time for him to help himself too, and sometimes he has both milk and water with some of his meals.

Routine
Our routine is pretty good I would say, Ben wakes up normally at around 8PM, sometimes earlier  the odd time later. I normally let him sit in his cot for a while, whilst I wake up properly as he doesn't cry or anything. Once we're both downstairs, I give Ben his first drink of milk, I have a cup of tea, and then it's breakfast time, then some play time, before he sits in his rocker whilst I shower. When I get dressed etc. I put Ben in his bedroom to play. Once we're both up and dressed I let Ben play with his toys downstairs whilst I do the washing up. Then we play together. Lunch is around 12pm. Naptime is all over the place, the past couple of days he's napped in the morning, he'll only have been awake for around 2 hours. Other times he won't nap till the afternoon though. Dinner's around 6-7pm, bathtime is normally at 7:30pm, followed by lotion, teeth cleaning, hair brushing, reading him his bedtime stories, then I put him in his sleeping bag, give him lots of cuddles, and then put him down to bed. He mostly falls asleep around 8:30pm now.

Health
He seems to be doing pretty well health wise. He's got 8 teeth, 4 top 4 bottom. He's been teething quite a bit, and his first double teeth are slowly coming in, but haven't cut yet. Sometimes he'll just randomly cry out in pain and put his hand in his mouth, so we know that his teeth caused him to cry out. We use Calpol and Teetha granules to help ease the pain.
Ben also has had quite a bit of dry skin. He went through a faze of dribbling his drinks out of his mouth, so he got dry skin under his chin, and as it's and easy place for him to reach and scratch it's taken a while to sort out. Slowly getting better though, Just had to moisturise constantly!

Clothes
Ben still fits in some 9-12 month clothes, and most of his 12-18 seem to drown him. He's short like his mummy and daddy, so all his shorts seem to come down to his ankles, and that's if they even fit him round the waste.

Milestones
Ben took his first few steps at 11 months of age, but we didn't push him into it, and still crawls places now at 15 months old. He can crouch down and stand up again. But hasn't learnt how to stand up on his own yet, and still stands up with help from furniture or the walls. He makes lots of noises, and says some words, like Mumma, Da (Daddy), cat, cup, car, pea and duck. He loves to point at everything, and seems to understand a lot, and knows what things are even if he can't say it.


I can't believe Ben is now 15 months old, where has the time gone? Love my little man so much!
Posted by Unknown at 09:00