Well it was an experience! Ben seems to start crying his eyes out every time we go in somewhere new, or somewhere that he doesn't recognise. This happened when we went out for a meal with my mum and sisters, and again when we went to soft play with one of my sisters.

So I had to put up with a screaming toddler whilst I'm trying to pay. He tried to go back out of the door, so I had to pick him up! And he wouldn't go to my sister.

Once we were in and through the gate to the first section, which was a quiet area with a few toys, he spotted some plastic blocks on a table, that had a hole in the middle with mesh to catch the toys. And he started playing with these, he loved them!

We tried to take him into the actual soft play bit, and he started crying again. I even tried putting him down and getting him to follow me, but that didn't work, he just stood the other side of the gate, and cried for me.

He then started teething, so I gave him some Teetha, and a few crackers, and he cheered up a bit.

He didn't like the outside bit with the ride on toys either.

I eventually got him to be happy in the ball pit, this took 2 goes of him going in it. I also got in, or sat on the edge so he felt safer. He loves putting things away, so as well as sitting in it, he also went around picking up all the balls and putting them back, it was so cute. I could only get photos of him in the ball pit, as it was very busy at the time we were there. 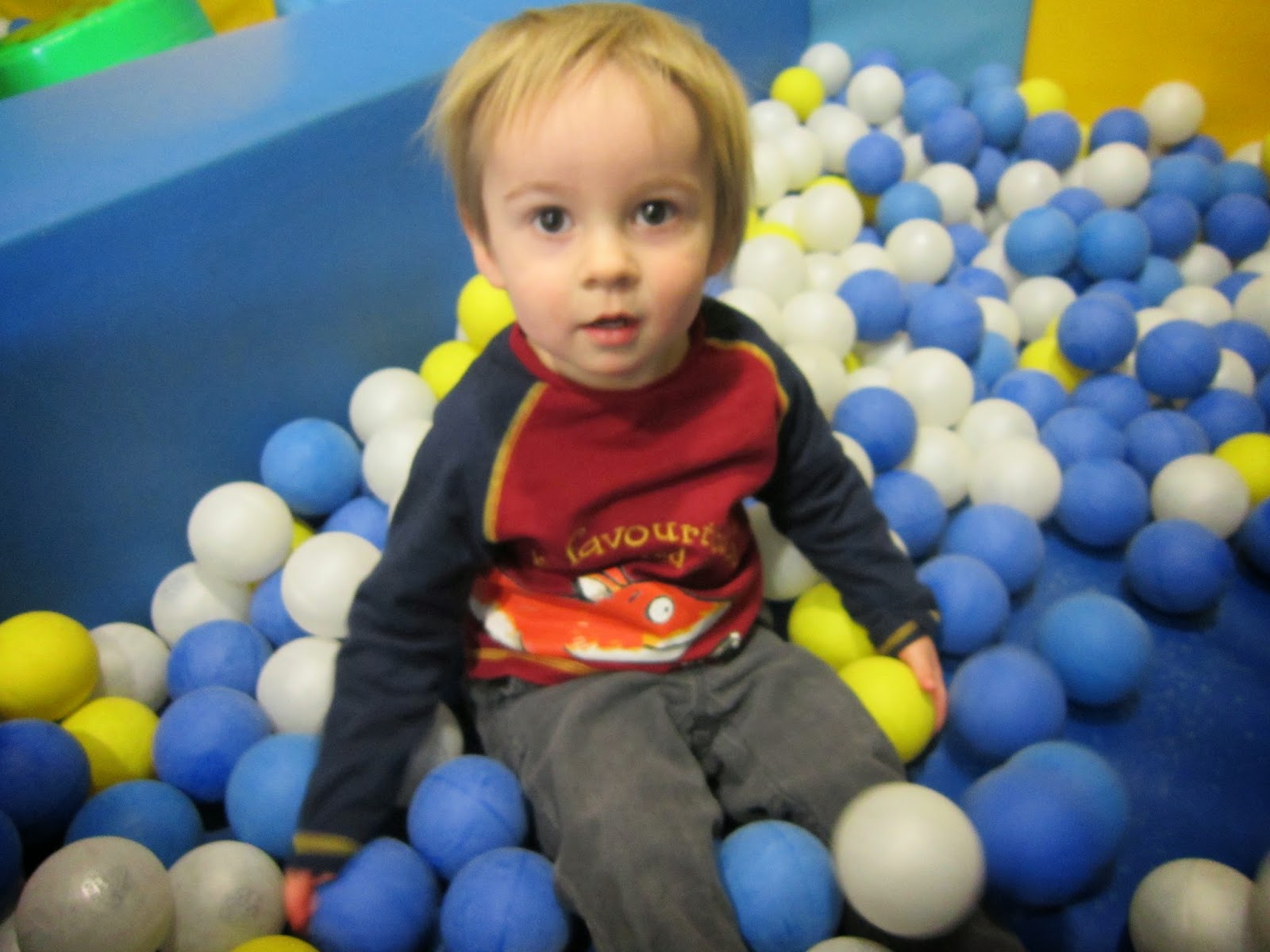 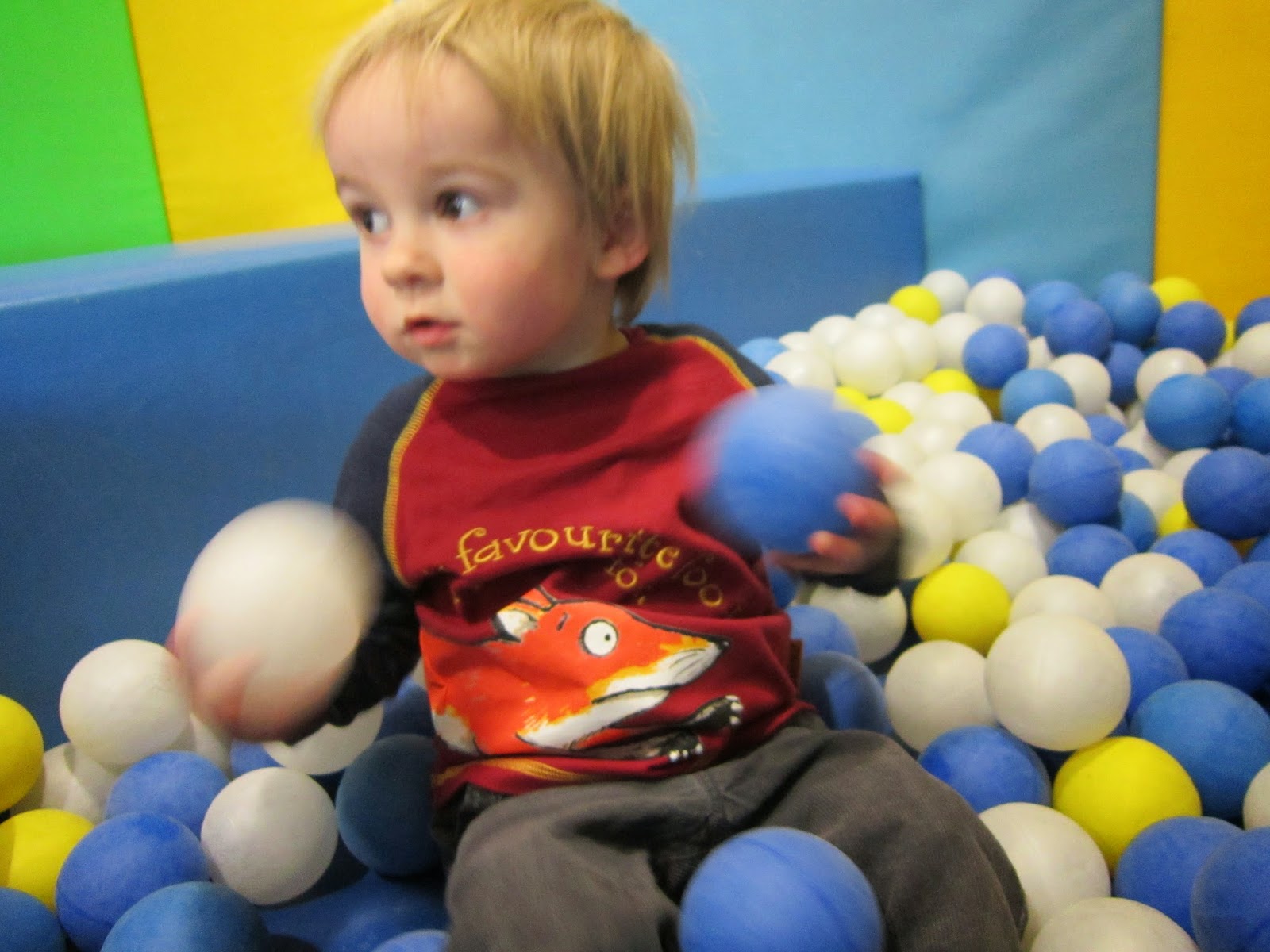 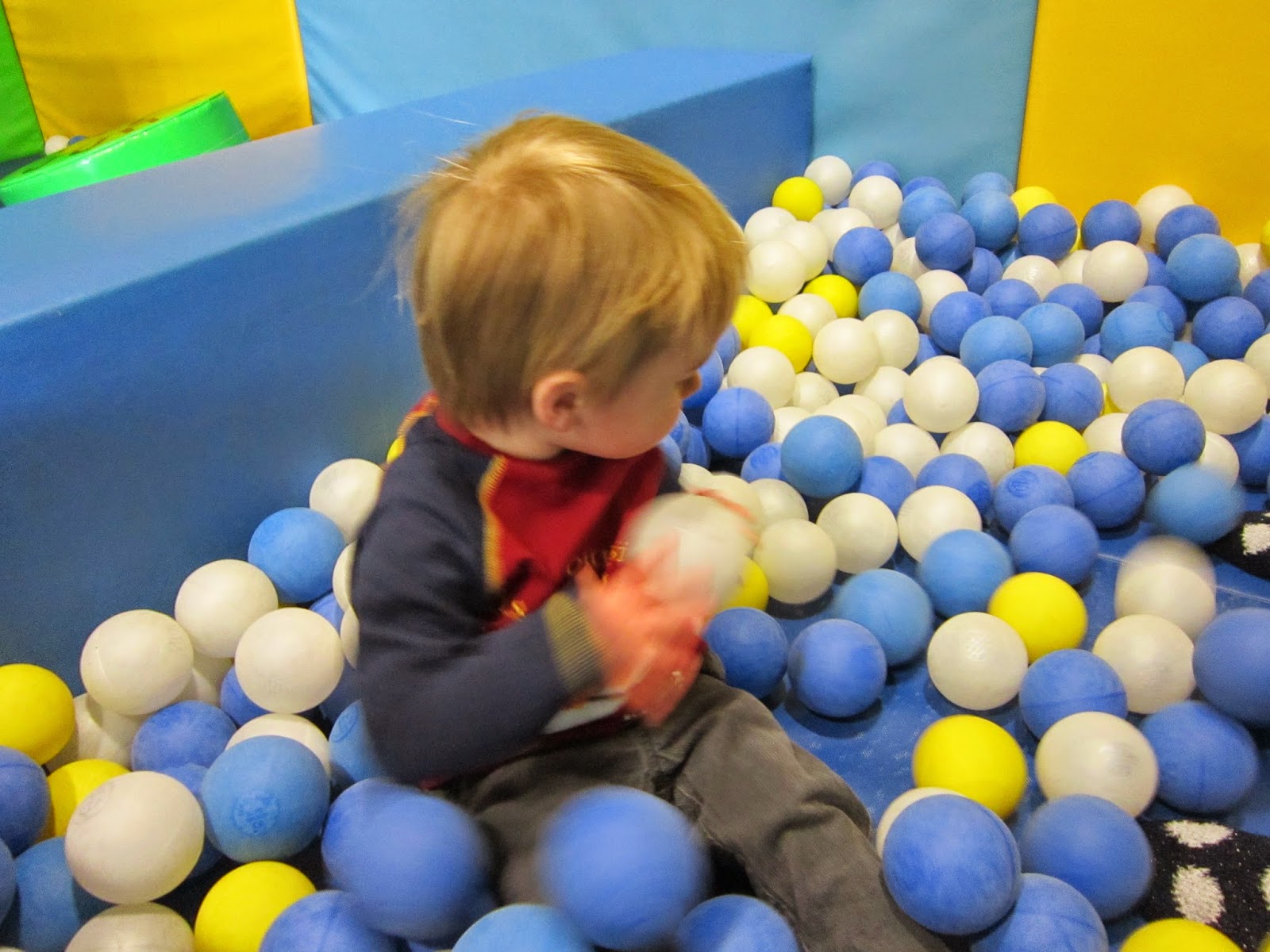 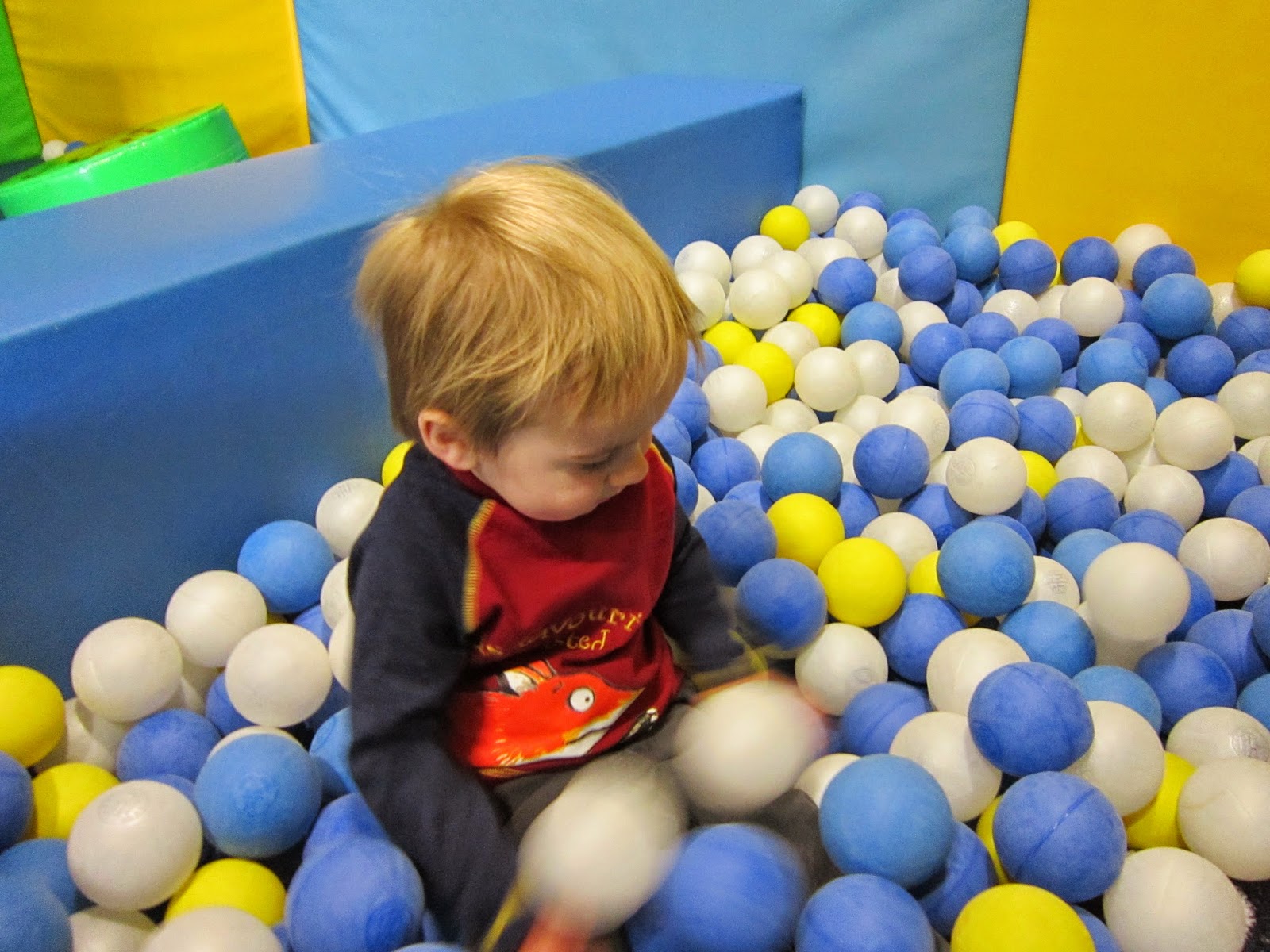 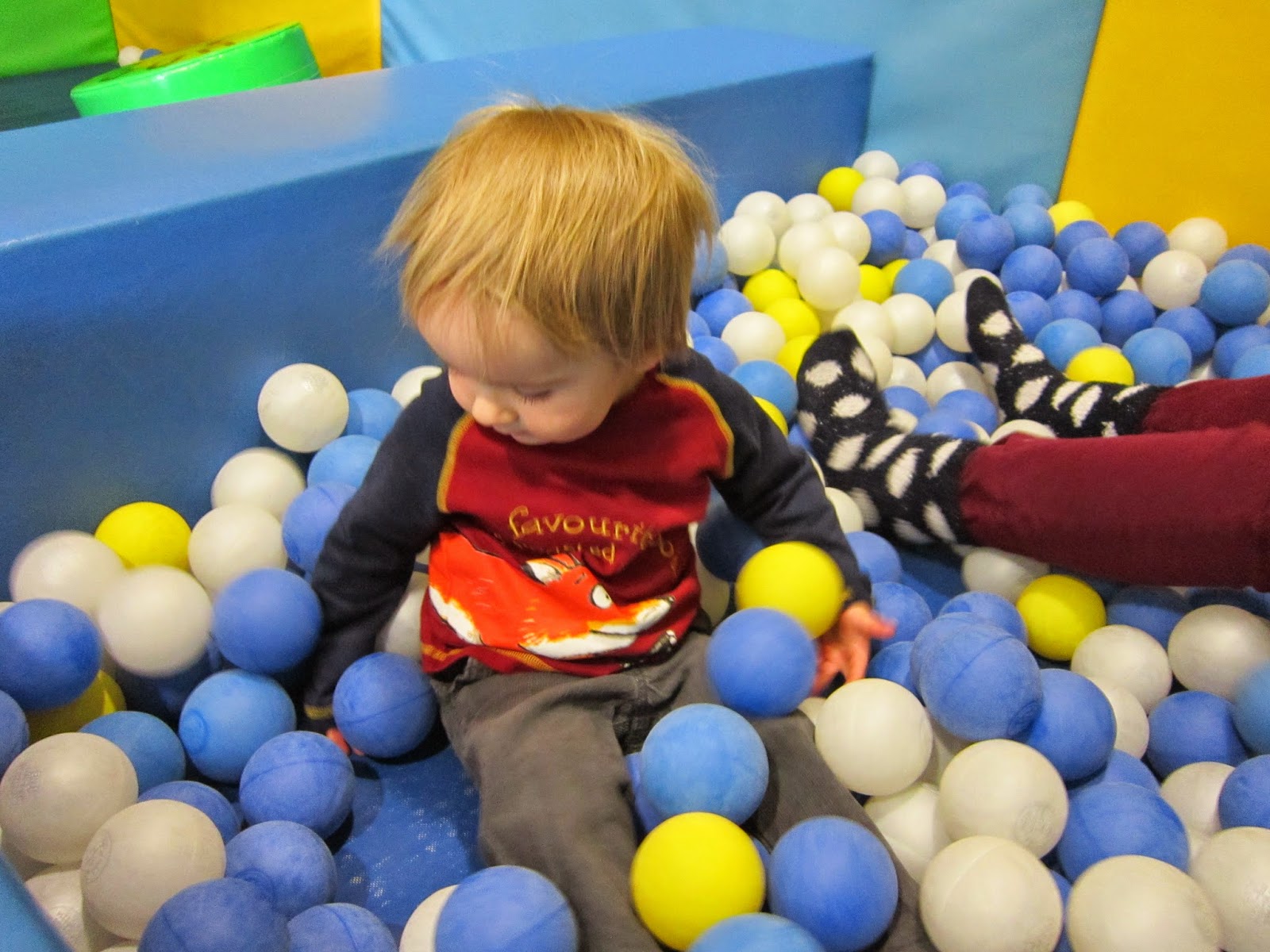 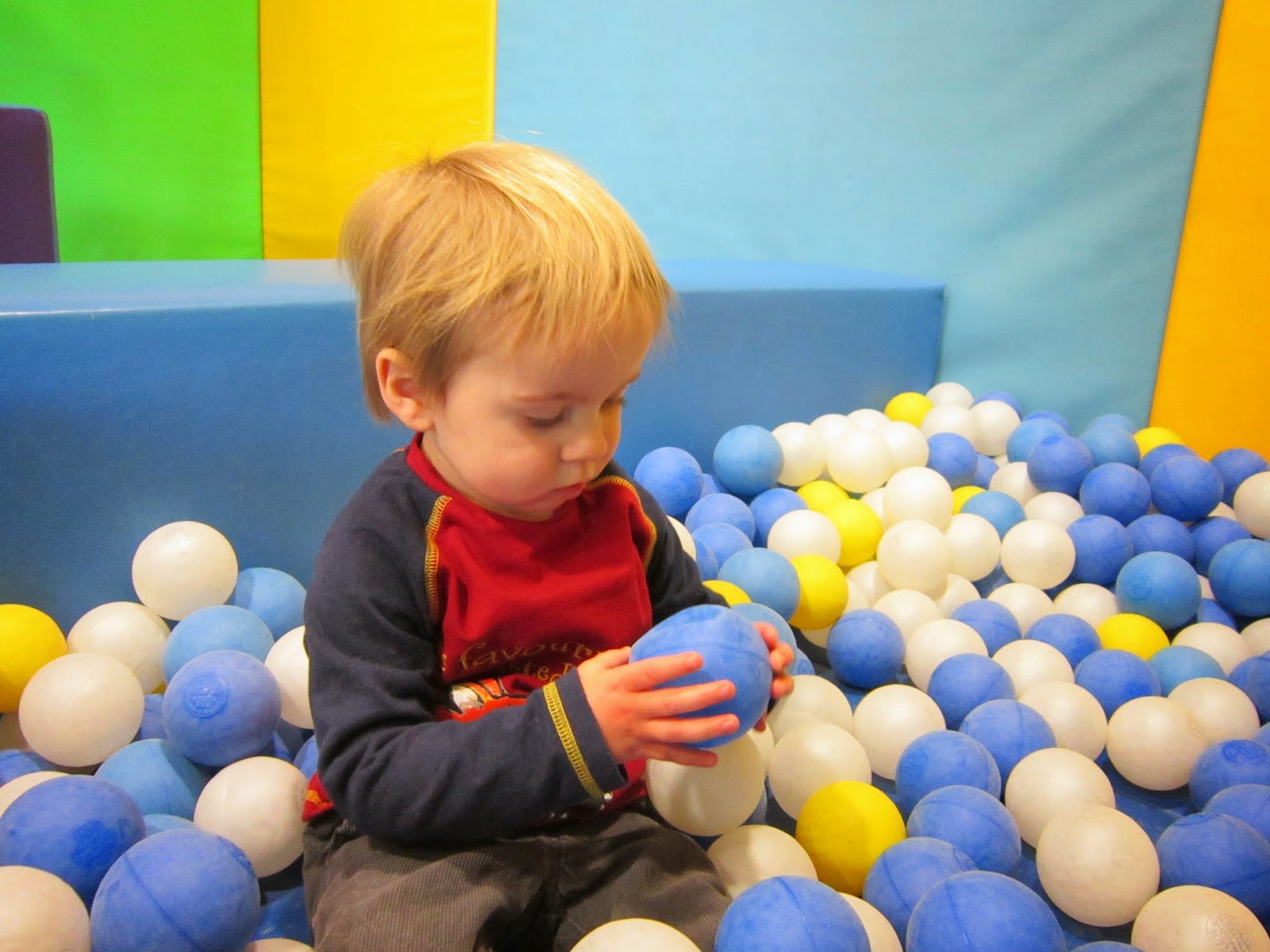 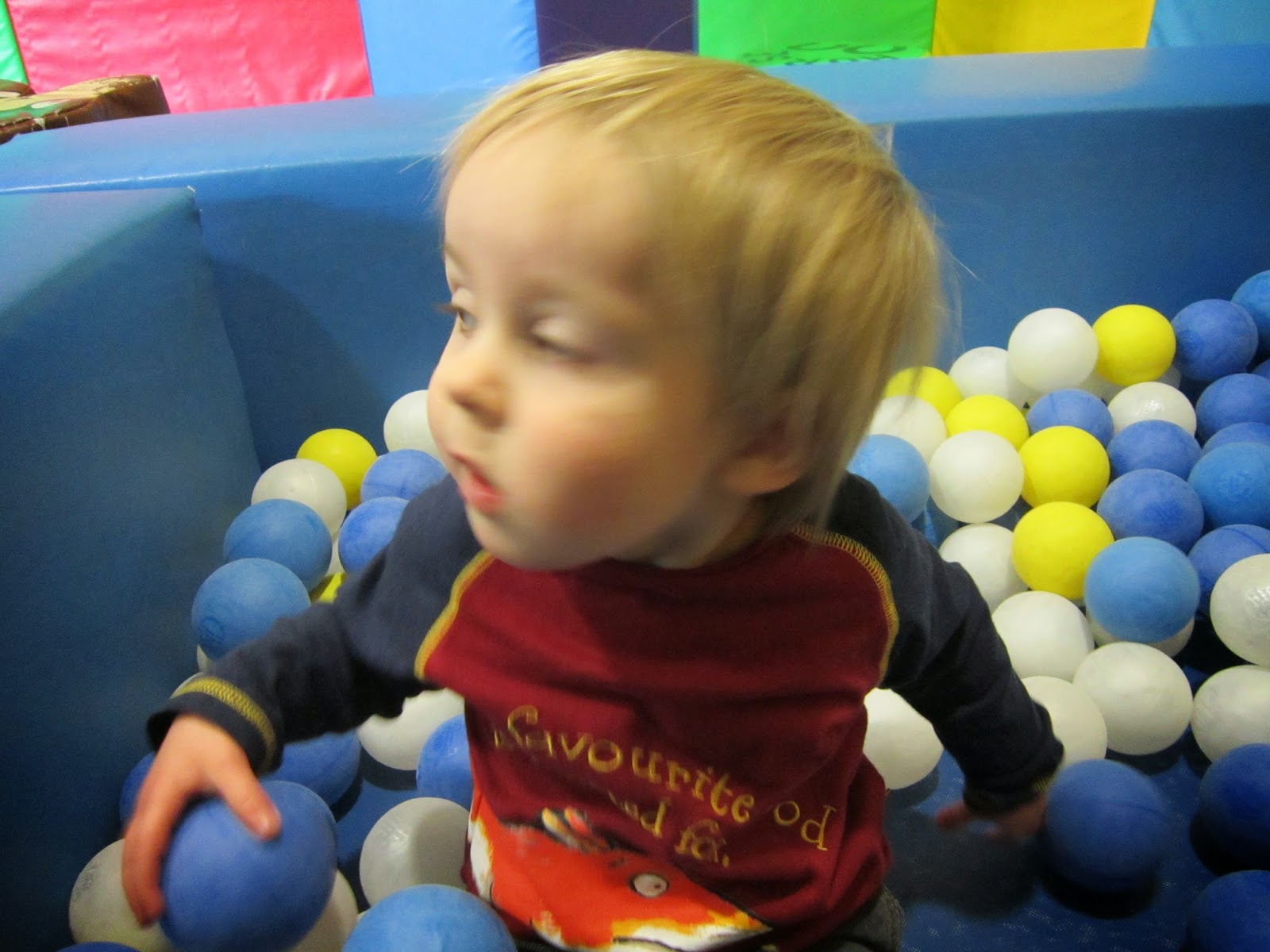 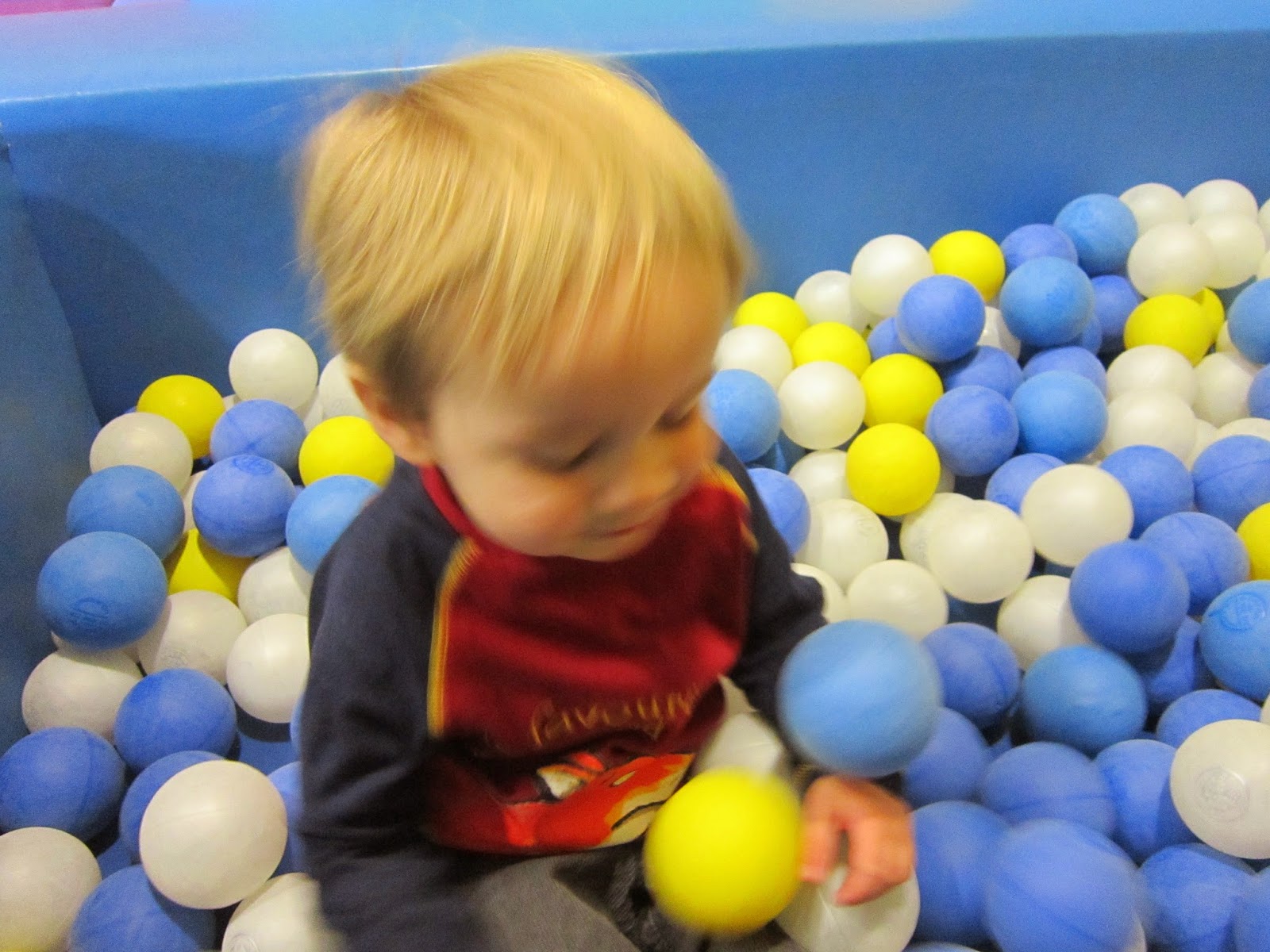 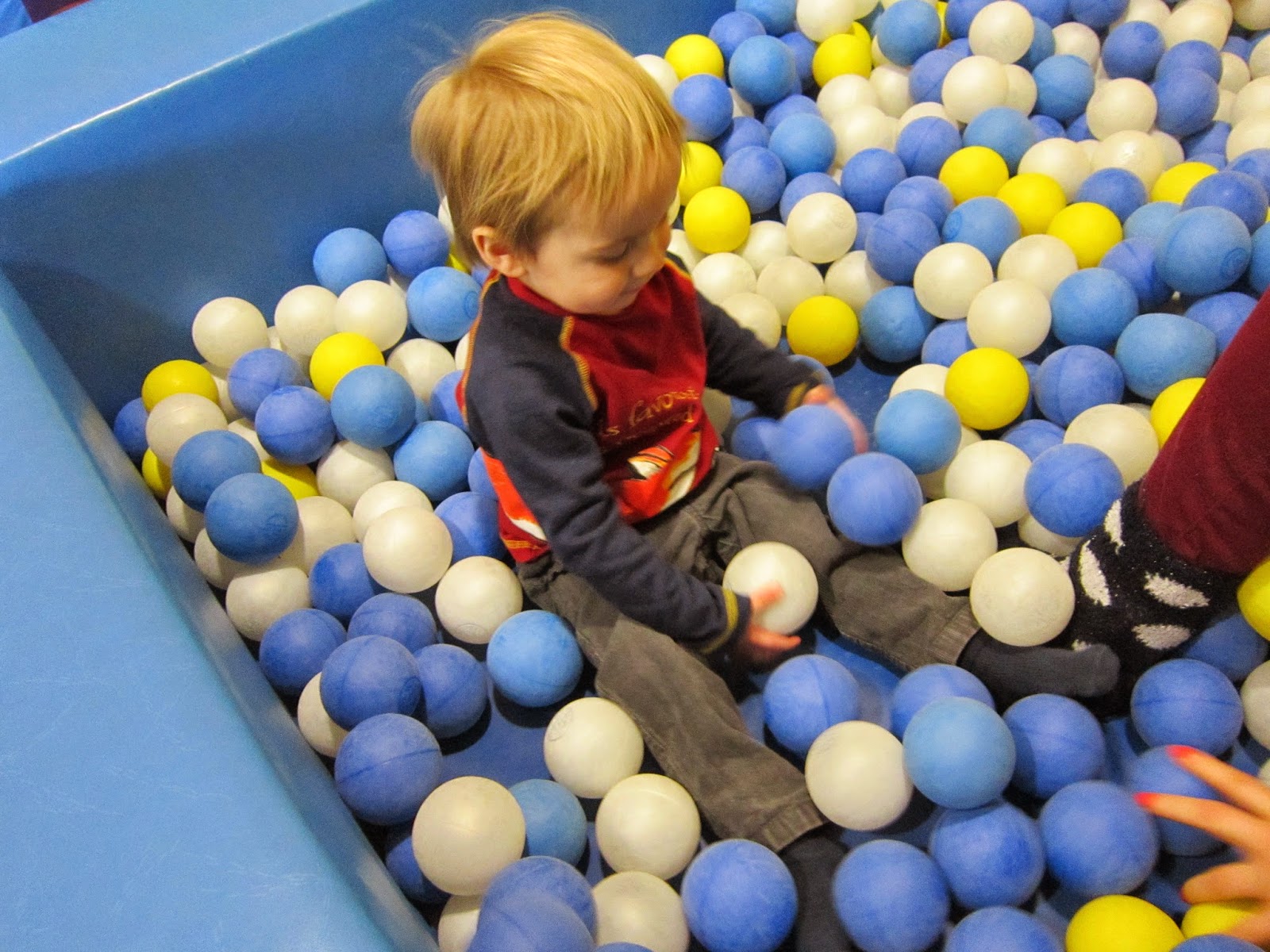 When it came to going home, he started crying - at least in the end he didn't want to leave and was enjoying himself.

It actually made me think how important it would be for him to go to nursery. But that's a whole other story. Will have to discuss it with Steve, about maybe starting him later in the year.