I believe we now have all of Ben's presents from friends and family, well apart from the one that is apparently staying round Steve's parents house, that is from Uncle Matt, and apparently a wooden train with stacking blocks - that I believe he got him for Christmas, so probably good it's staying there! Haha! Ben's Great Nan also got him a play BBQ which is staying there as well. I hardly ever go over there by the way, as Steve and Ben go round on Sundays whilst I'm at work. 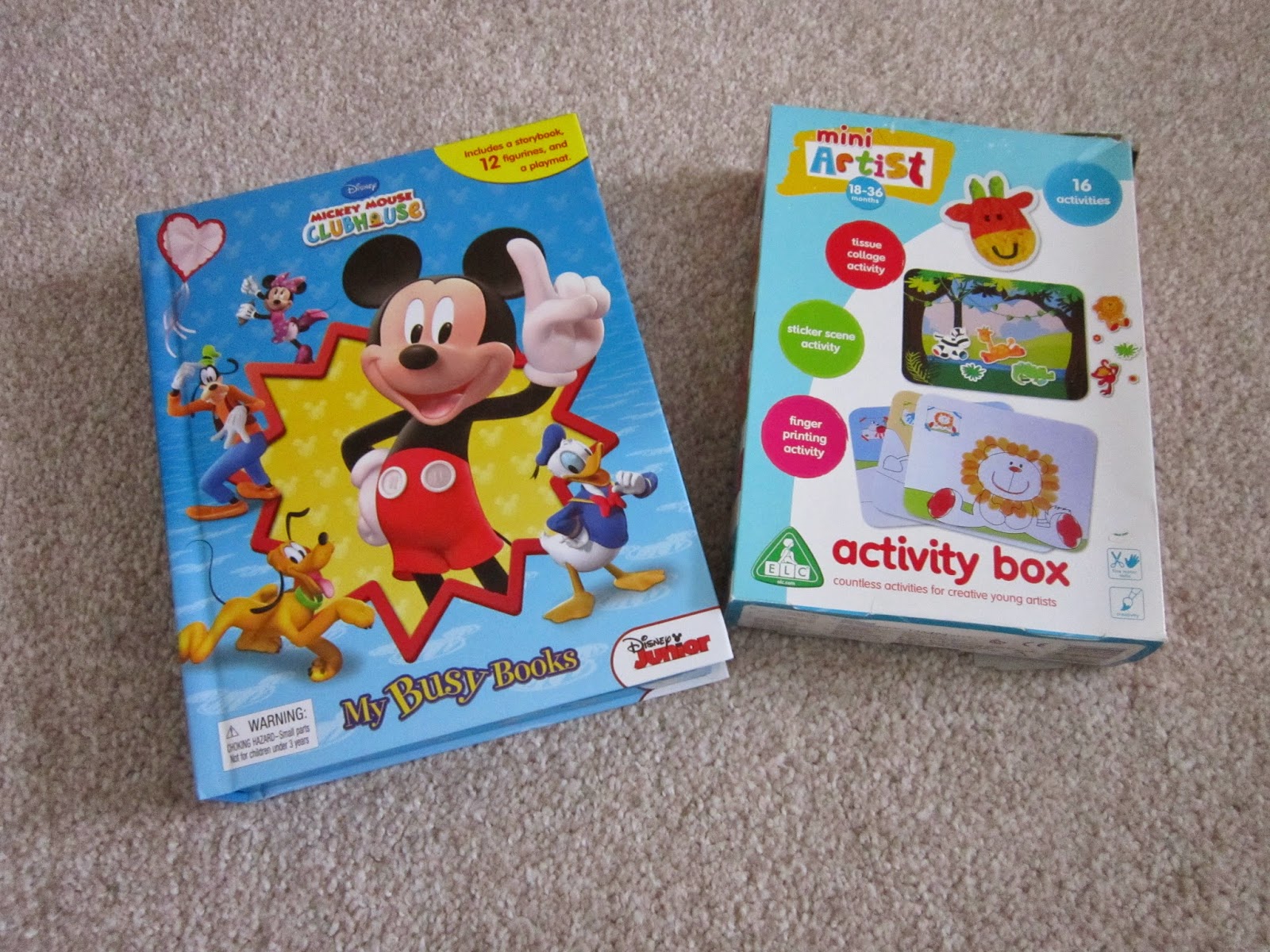 These were from our friends and work, the Busy Book is from Emily - Ben loves the little figurines that come with it, though he did start biting them, so he doesn't have them right now. And the little activity box is from Sharleen, CJ and Alissa. 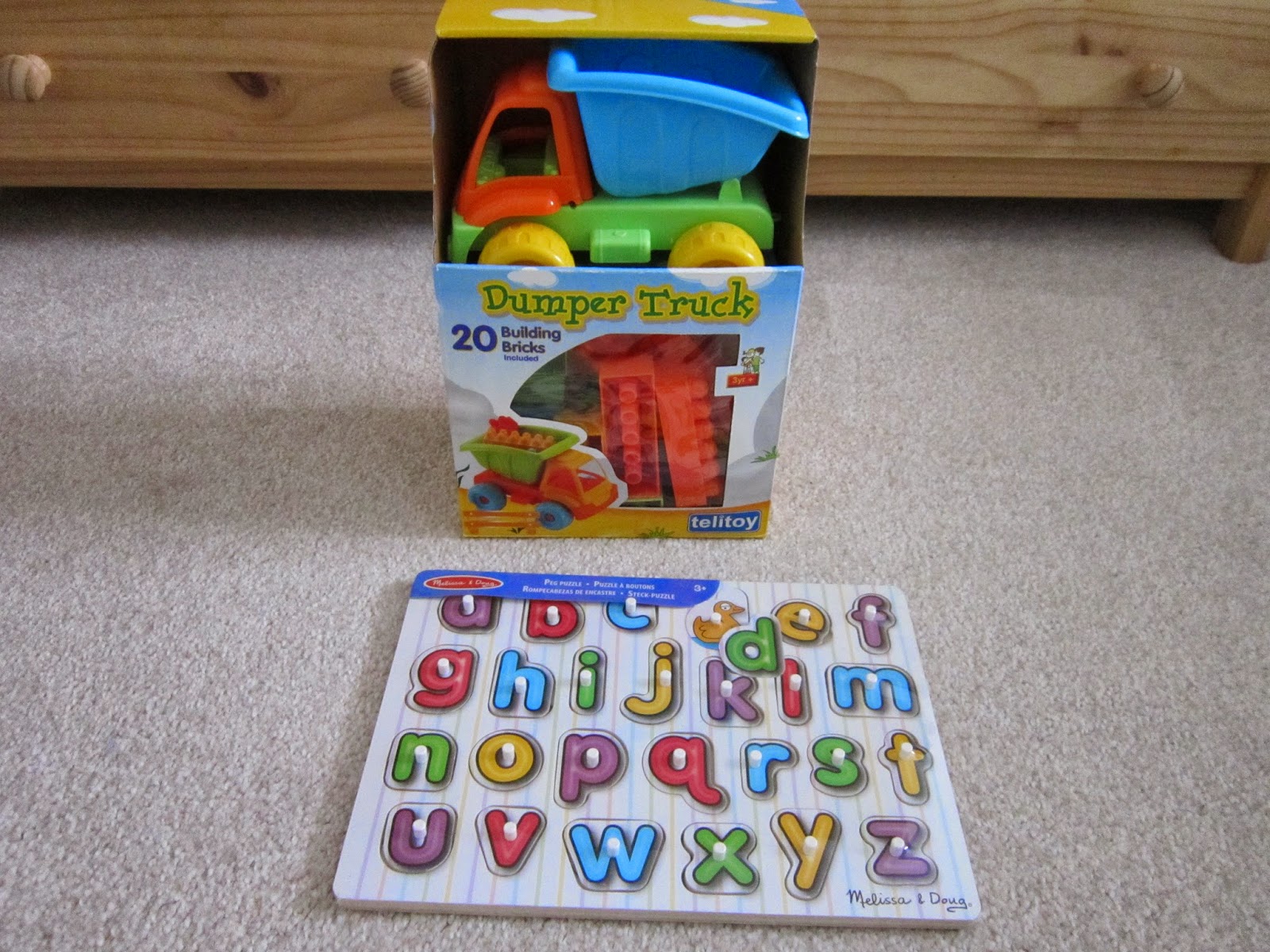 The dumper truck and blocks were from my cousin Tom and his Wife Becky and their son Jacob. And the puzzle is from my Aunty Susan and Uncle John. What would they be the Ben? 2nd cousin and Great Aunty and Uncle? So confusing! 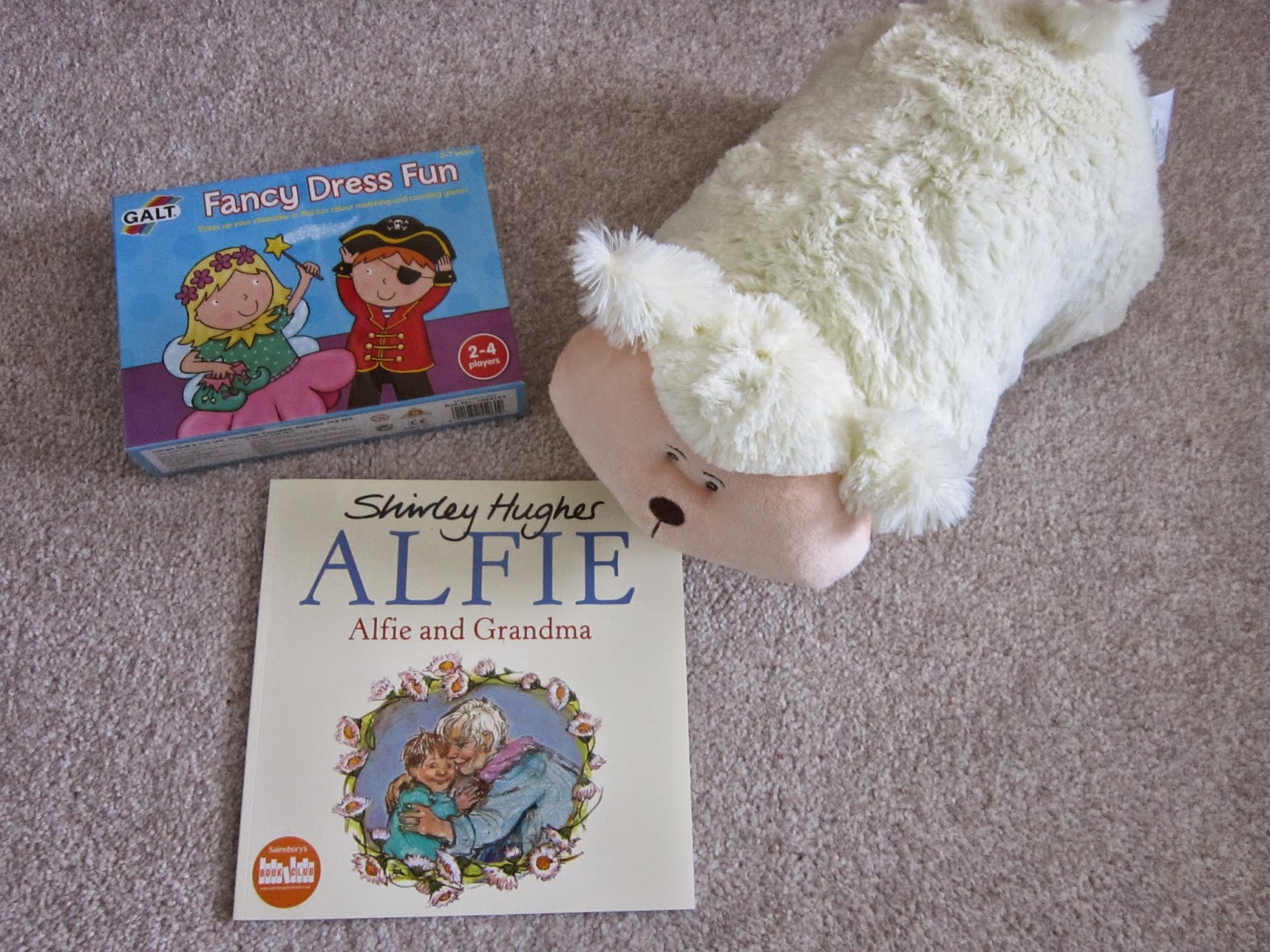 These are from Grandma and Grandad (my parents), as well as some money. A game that is for when he's a bit older as it says it's for aged 3. An Alfie book, and a Pillow Pet that is from QVC (it says on the label). 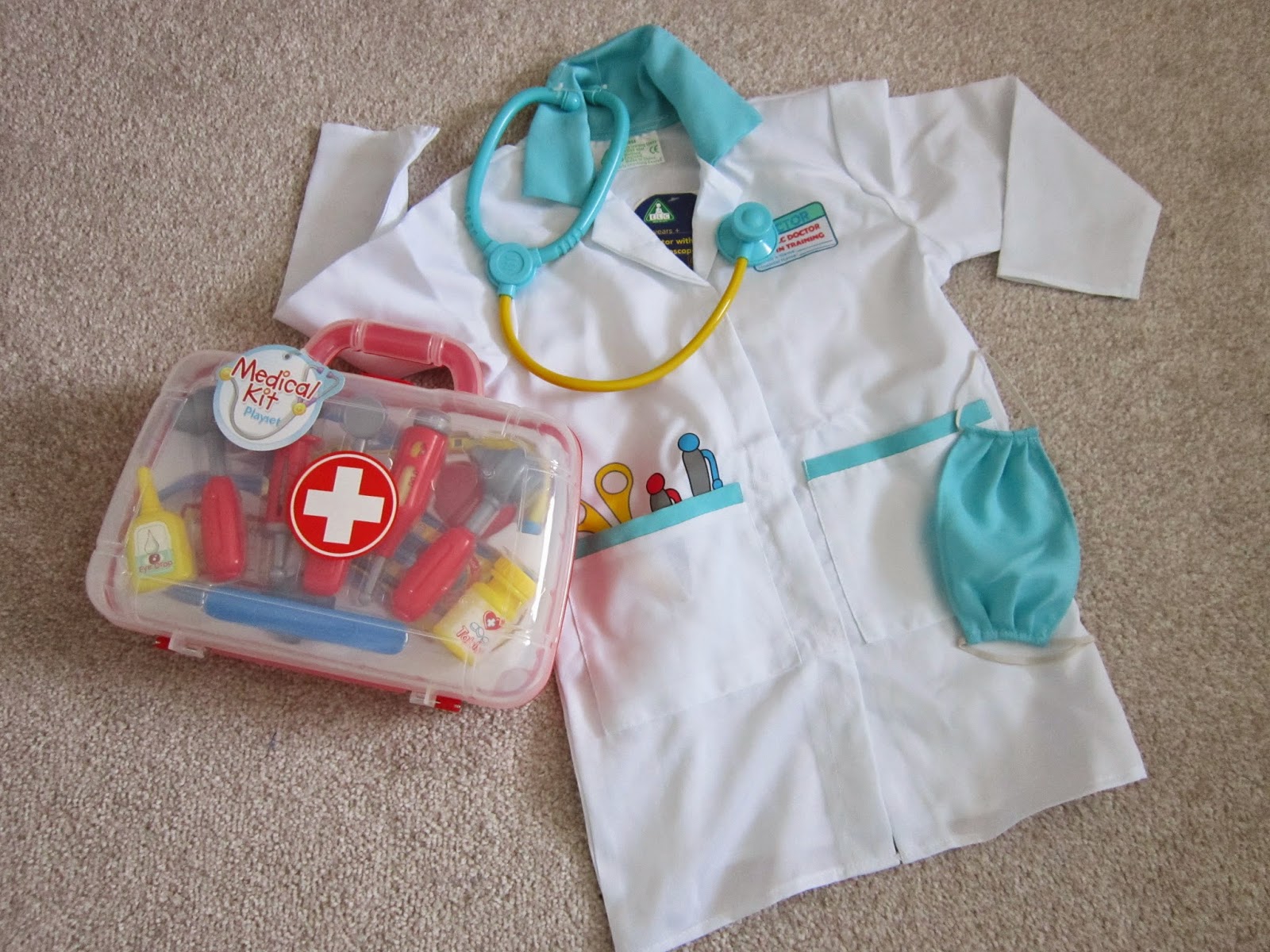 These are from Aunty Weeza (my sister). A little doctors set. 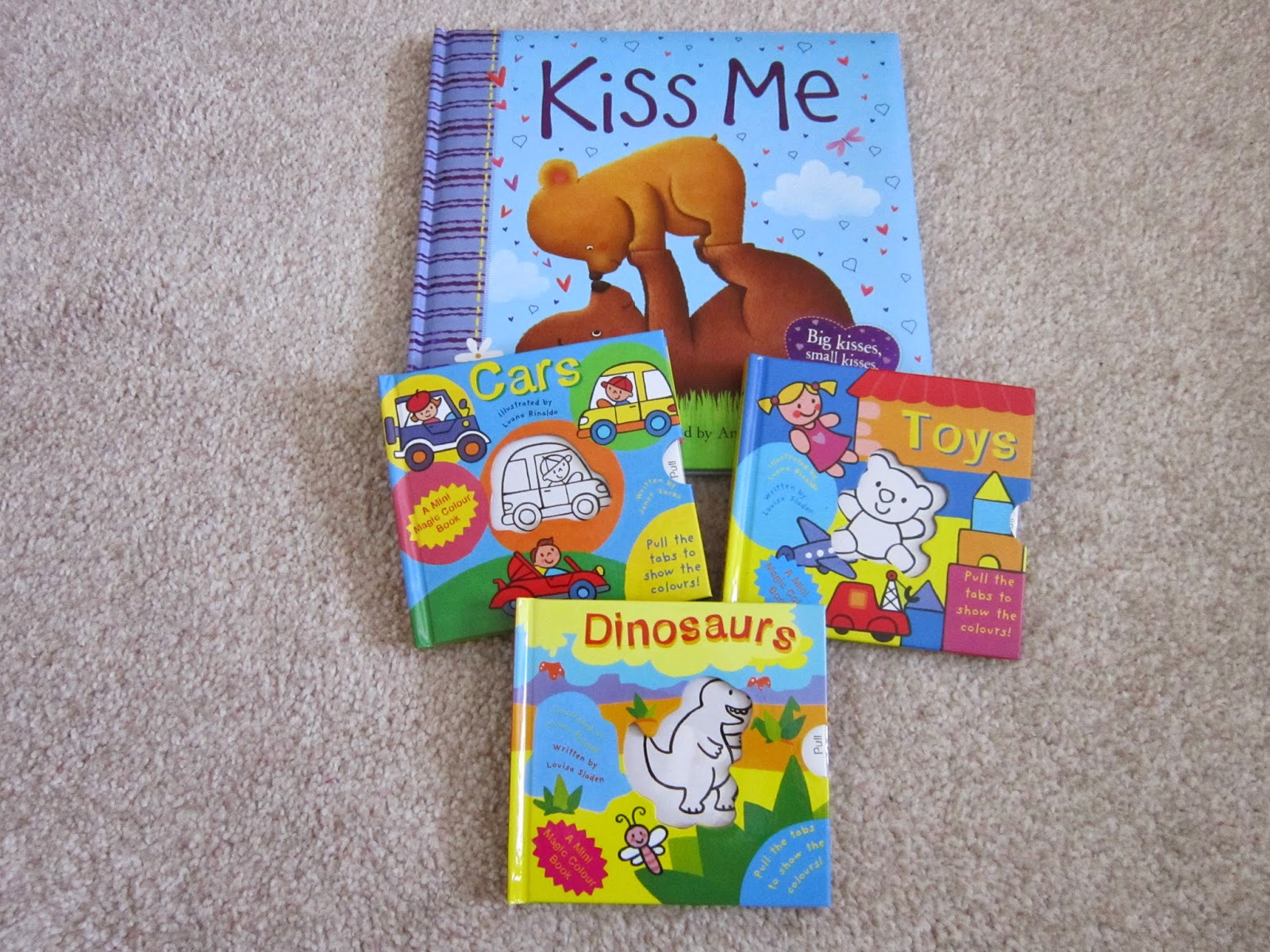 A few books from relatives in Steve's family. 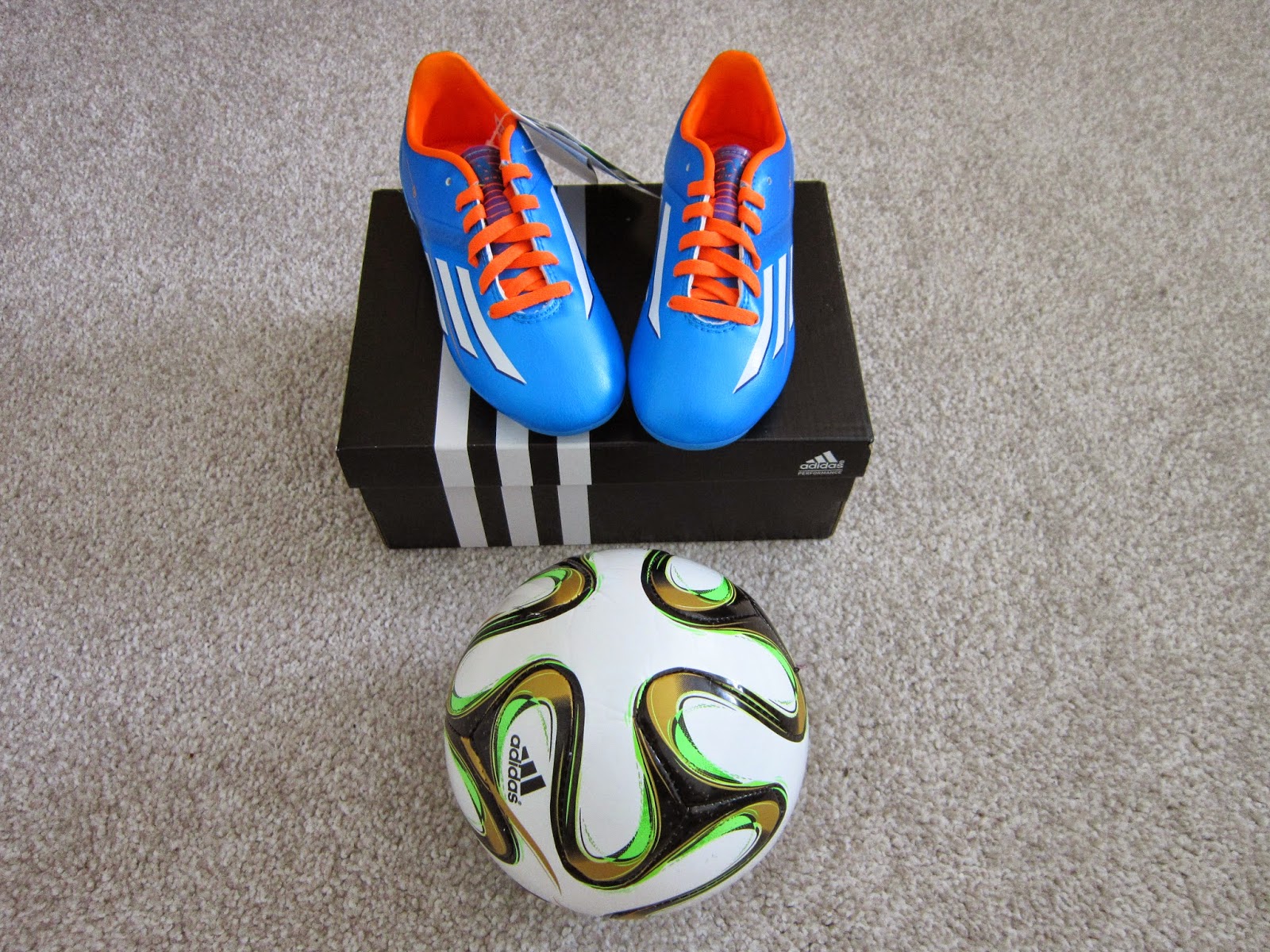 His first football boots and proper football, from Uncle Ian (Steve's other brother) and Aunty Lucy. He obviously won't be in these boots for a while, but they were the smallest size. 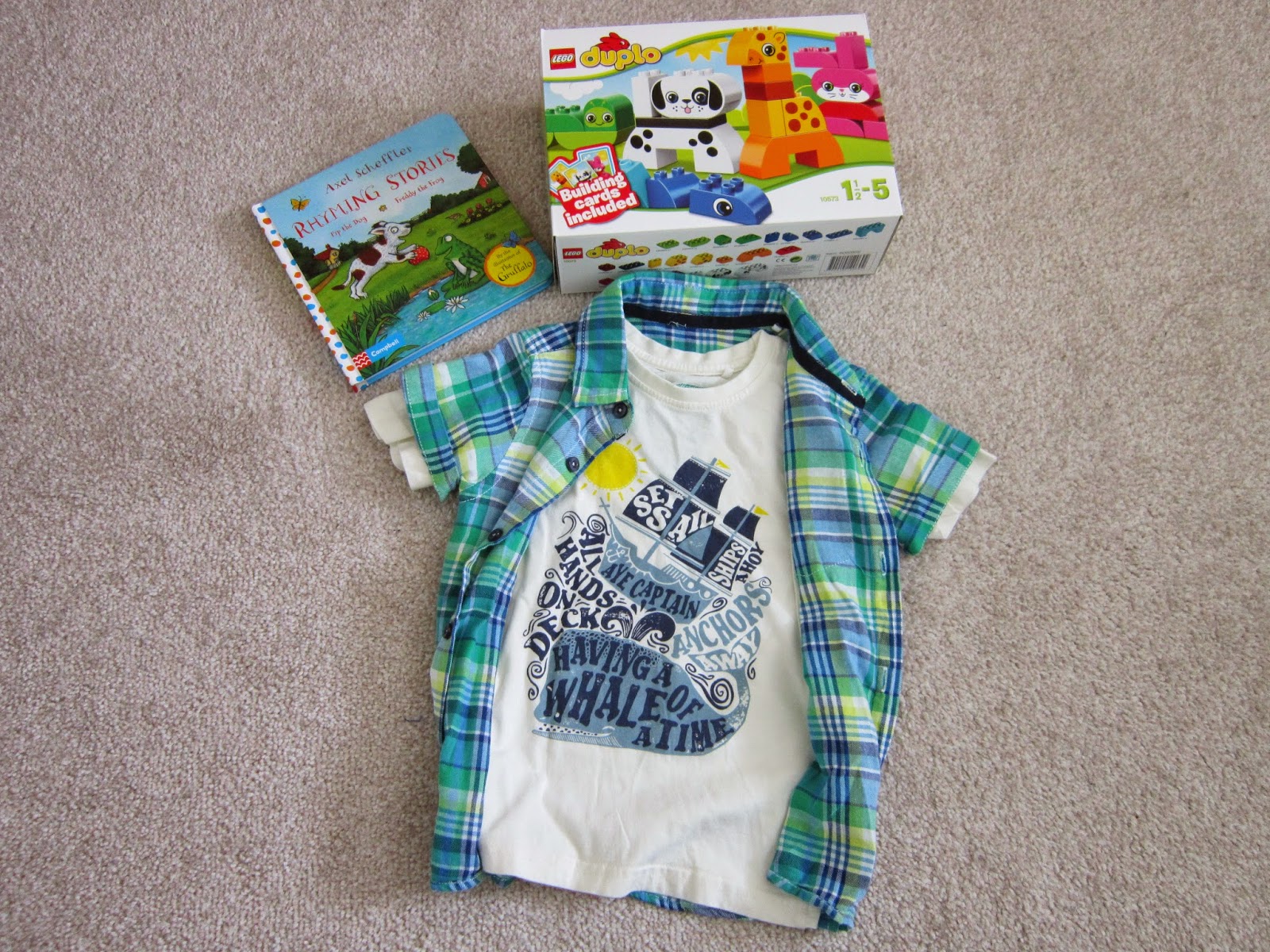 Lastly this little selection came from Aunty Julia and Dave (my sister and her boyfriend). Some more Duplo, a book and a cute t-shirt and shirt set from Tu at Sainsburys. I always find Tu runs super big, so he probably won't be in this just yet.

He also got loads of money/ We will be using some of it to buy some new shoes. Going to take him to Clarks at the beginning of May to buy some. The rest will be going in his bank account.
Posted by Unknown at 19:00