Ben's 2nd Birthday Presents from Us

I cannot believe that Ben turns 2 on Tuesday. It really is true that time flies by and you need to cherish every moment.

I'd thought I would show you what Steve and I have got him for his birthday in one post, and show his other presents from friends and family in another. 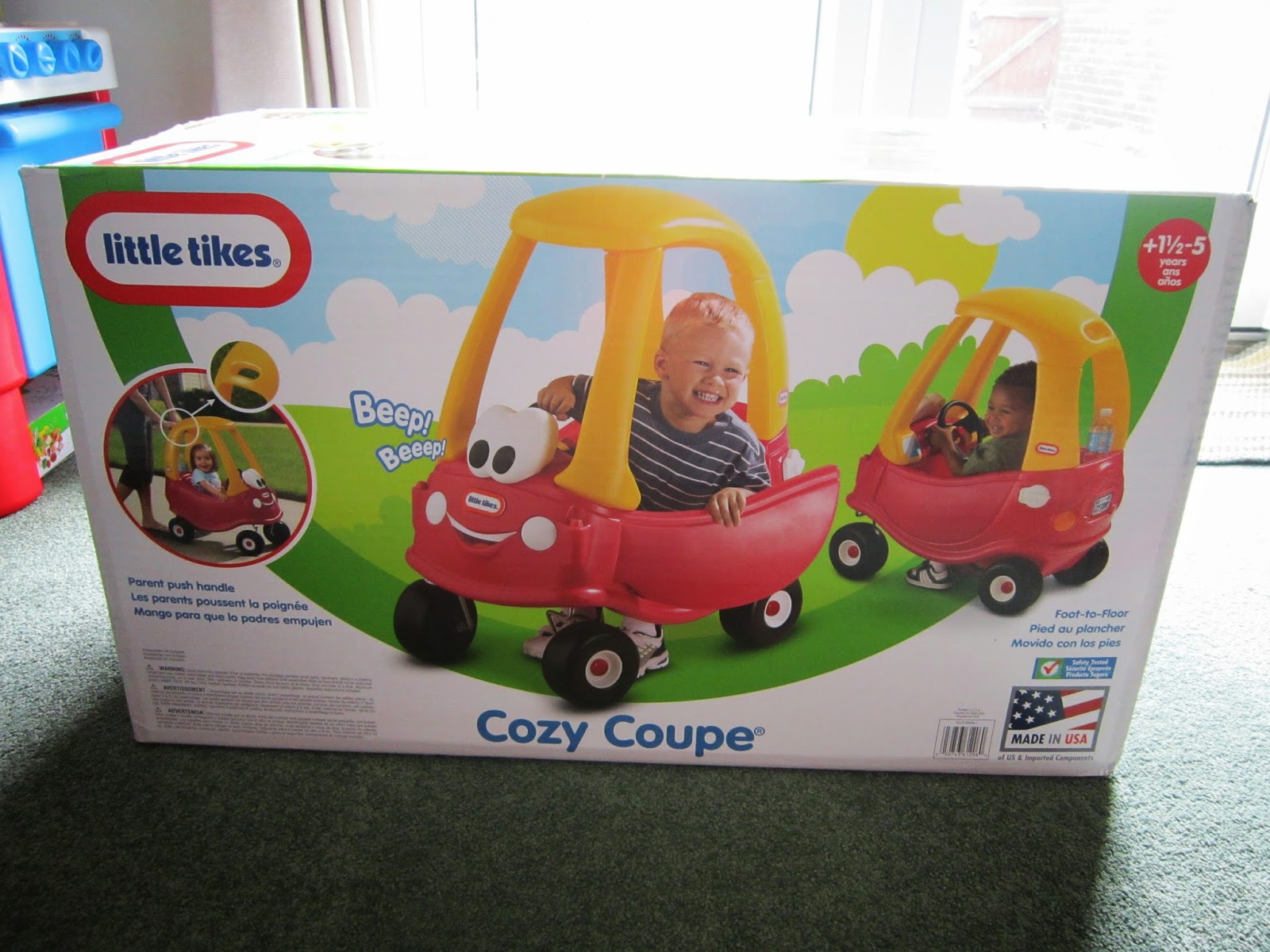 His main present is a Cozy Coupe by Little Tikes. I always wish I'd had one of these as a toddler, so I decided a while ago to get him one for his 2nd birthday. As it falls at the perfect time when it's just starting to warm up. I just hope he actually wants to sit in it, as he is in a bit of a strange mode at the minute. 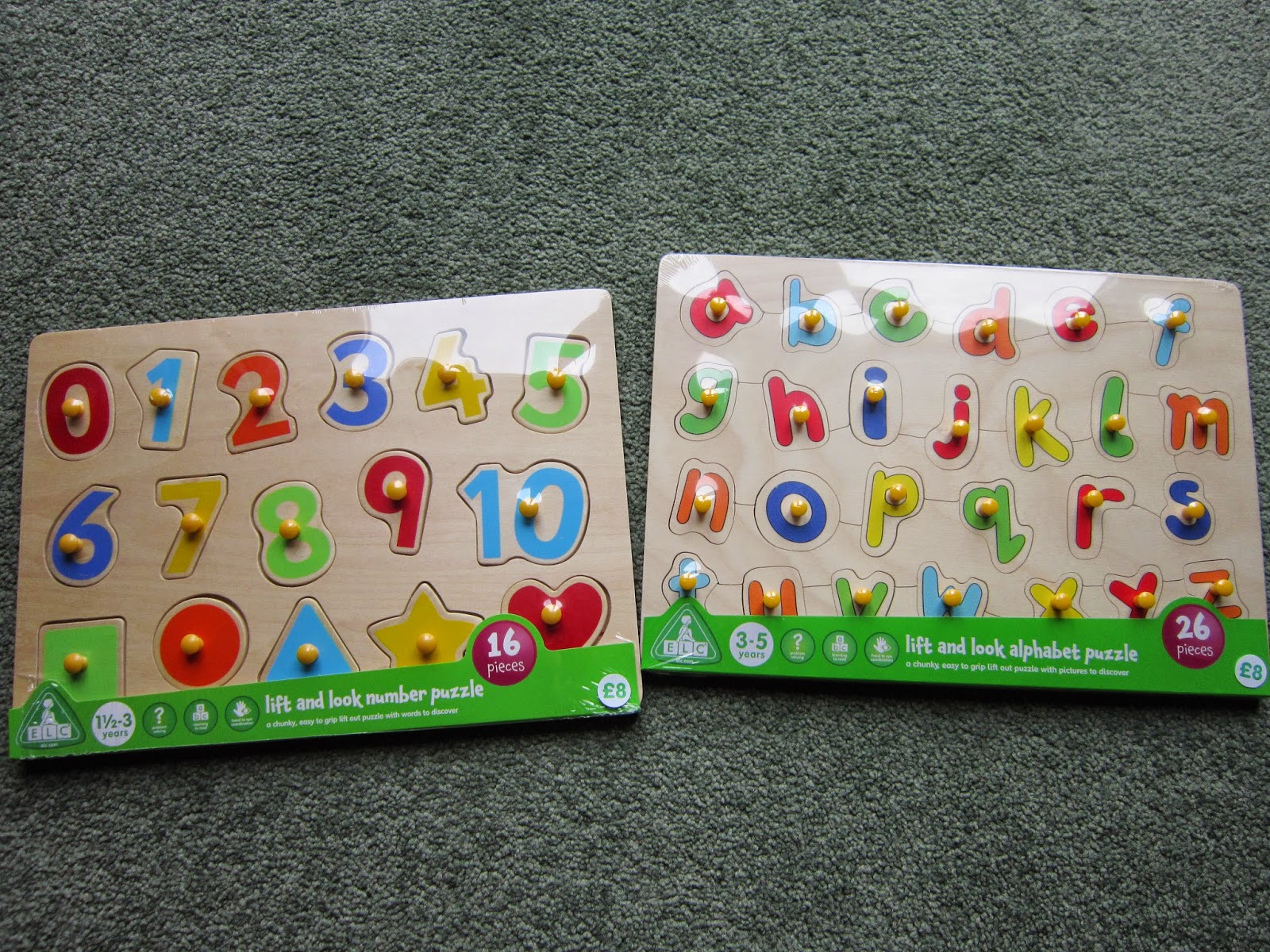 Next up we have smaller items, starting with these number & shapes and letter puzzles. Again these are something I've wanted him to have for a while. I picked these up in a two for £10 deal from the Early Learning Centre. 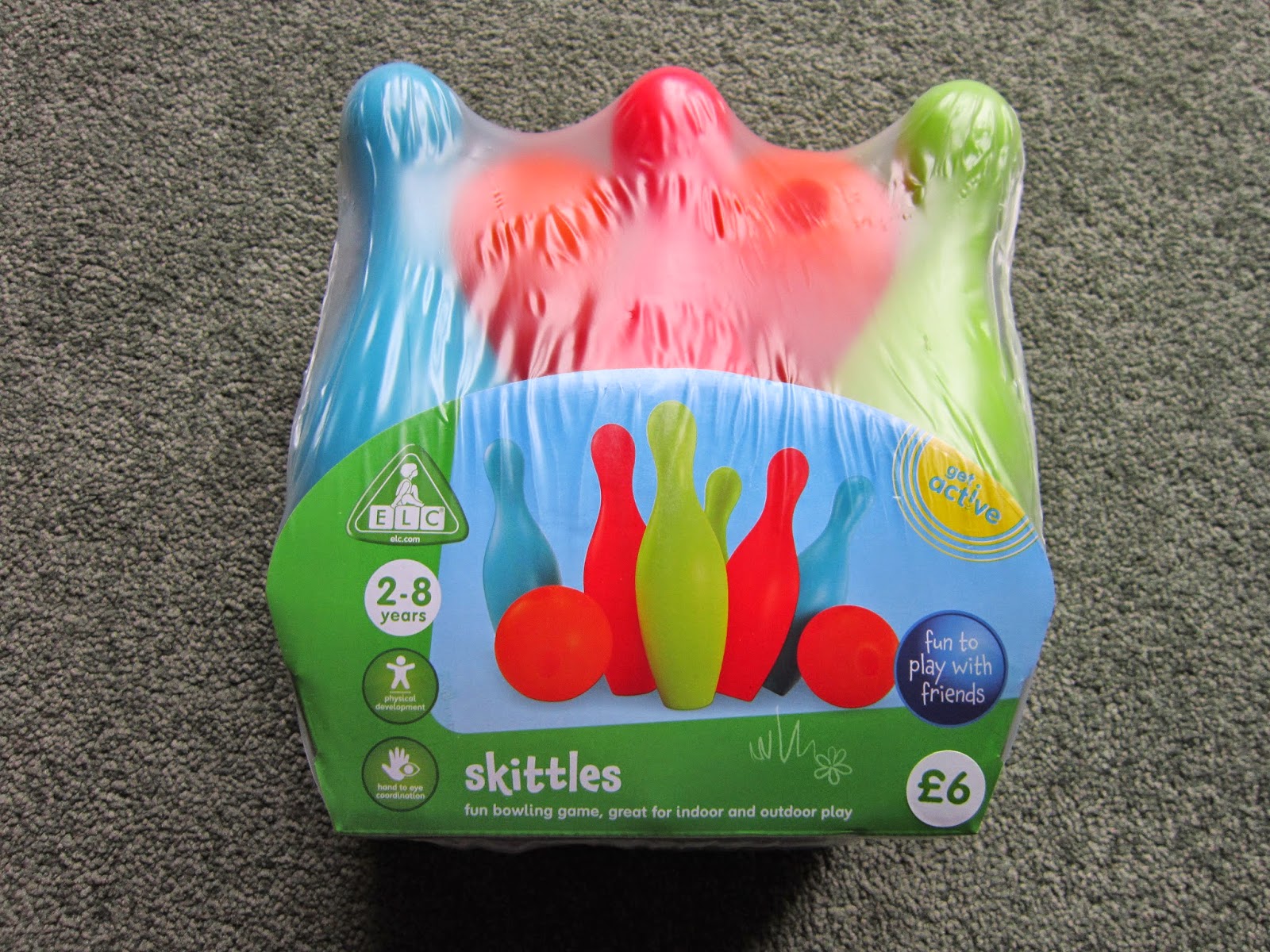 Some skittles. I have been looking for a cheaper set of skittles for a while. saw these in ELC (I love that shop!) and at just £6 they are a bargain. They're made of plastic, but I'll be using them both inside and outside. 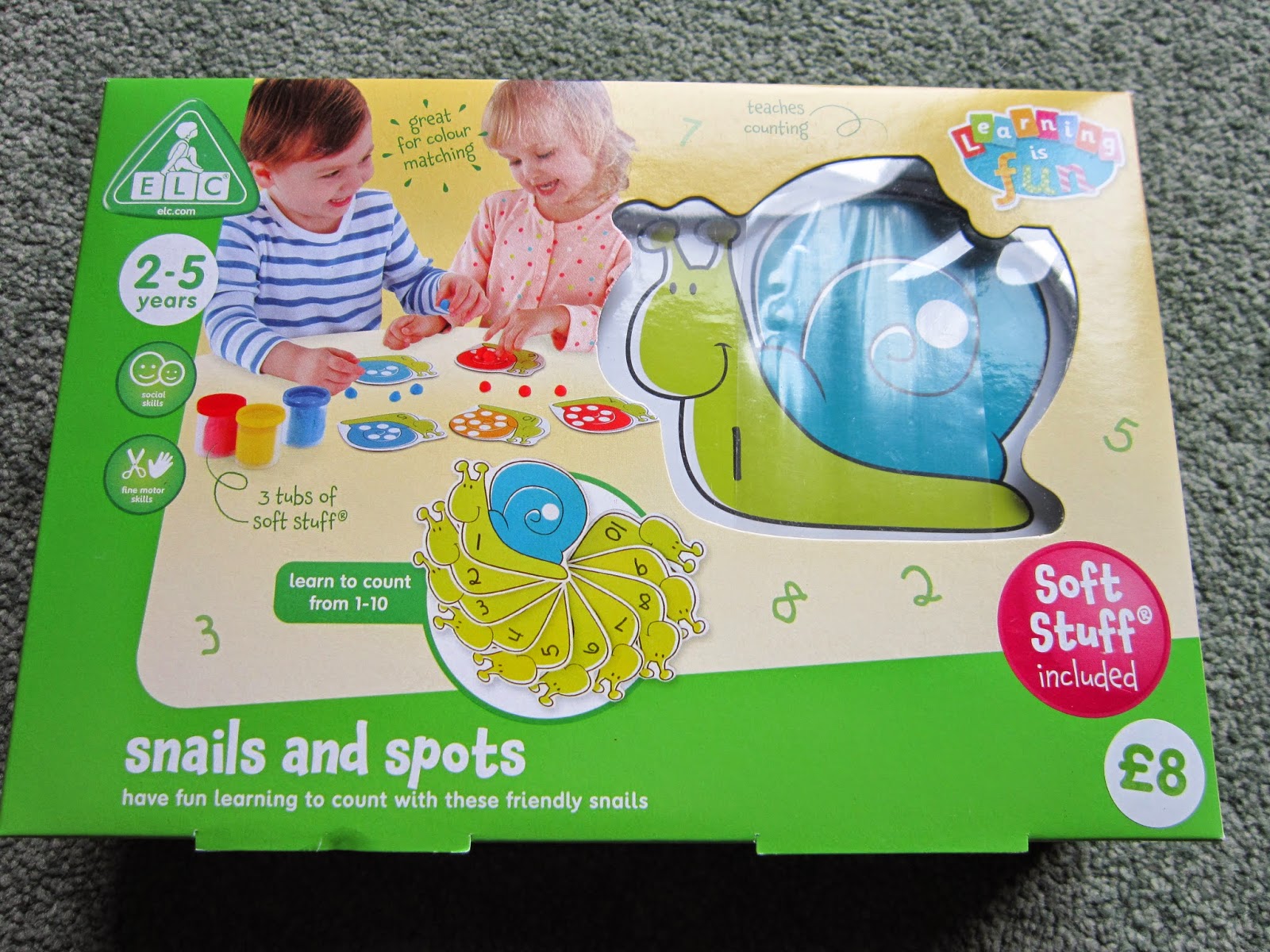 As Ben is getting older and starting to understand more, I really want to start getting a collection of games together. Not many are suitable for his age, but I found this one, called Snails and Spots in ELC and it should help with his counting. 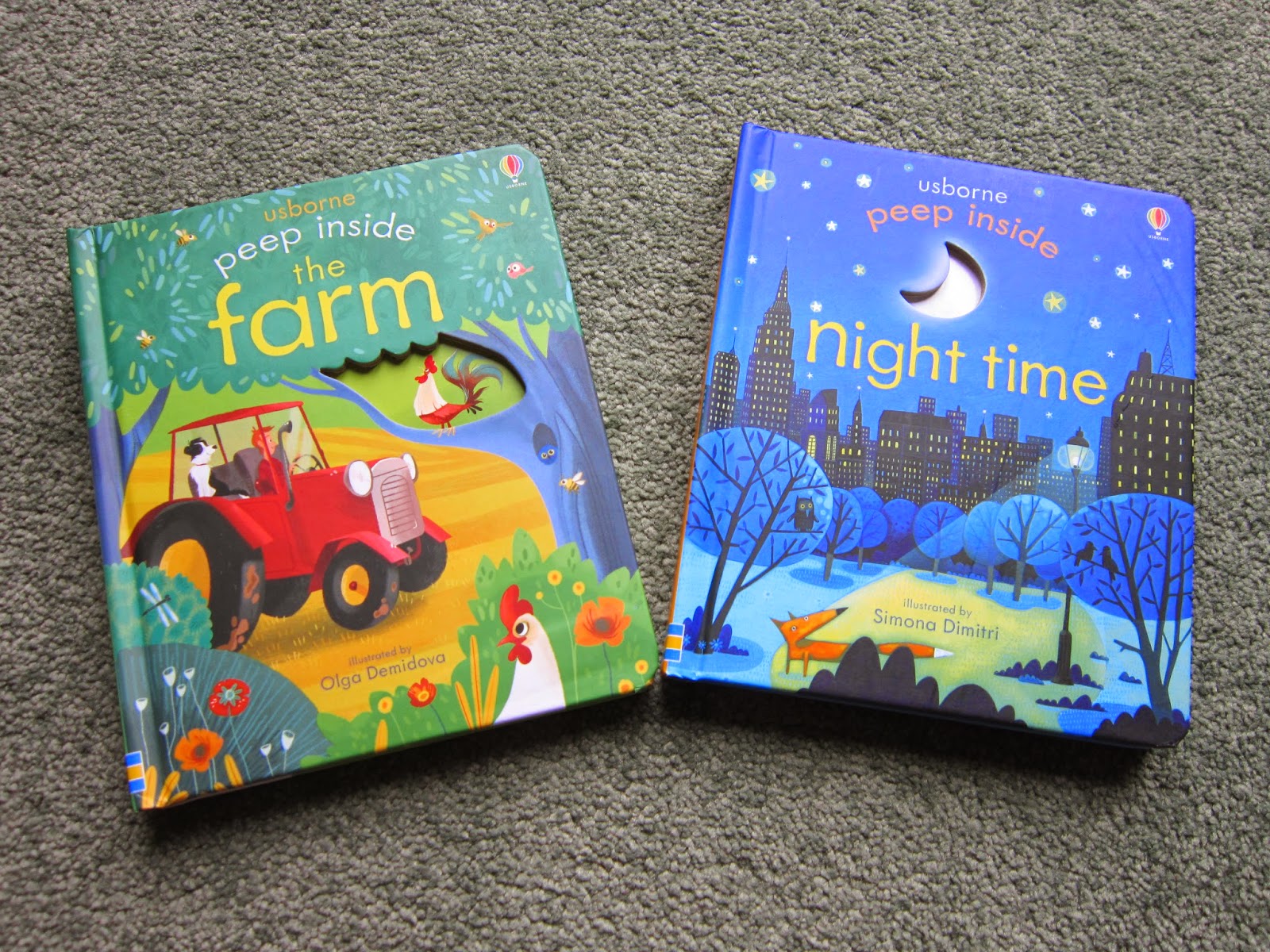 I think I've said before that we always try and get Ben some books for presents, as he loves them. I first saw these a while ago in Waterstones, and took note of them for when Ben got a bit older. They have lift up flaps which again Ben loves. I chose the Farm one because of family background and the Night time one because he loves the moon. 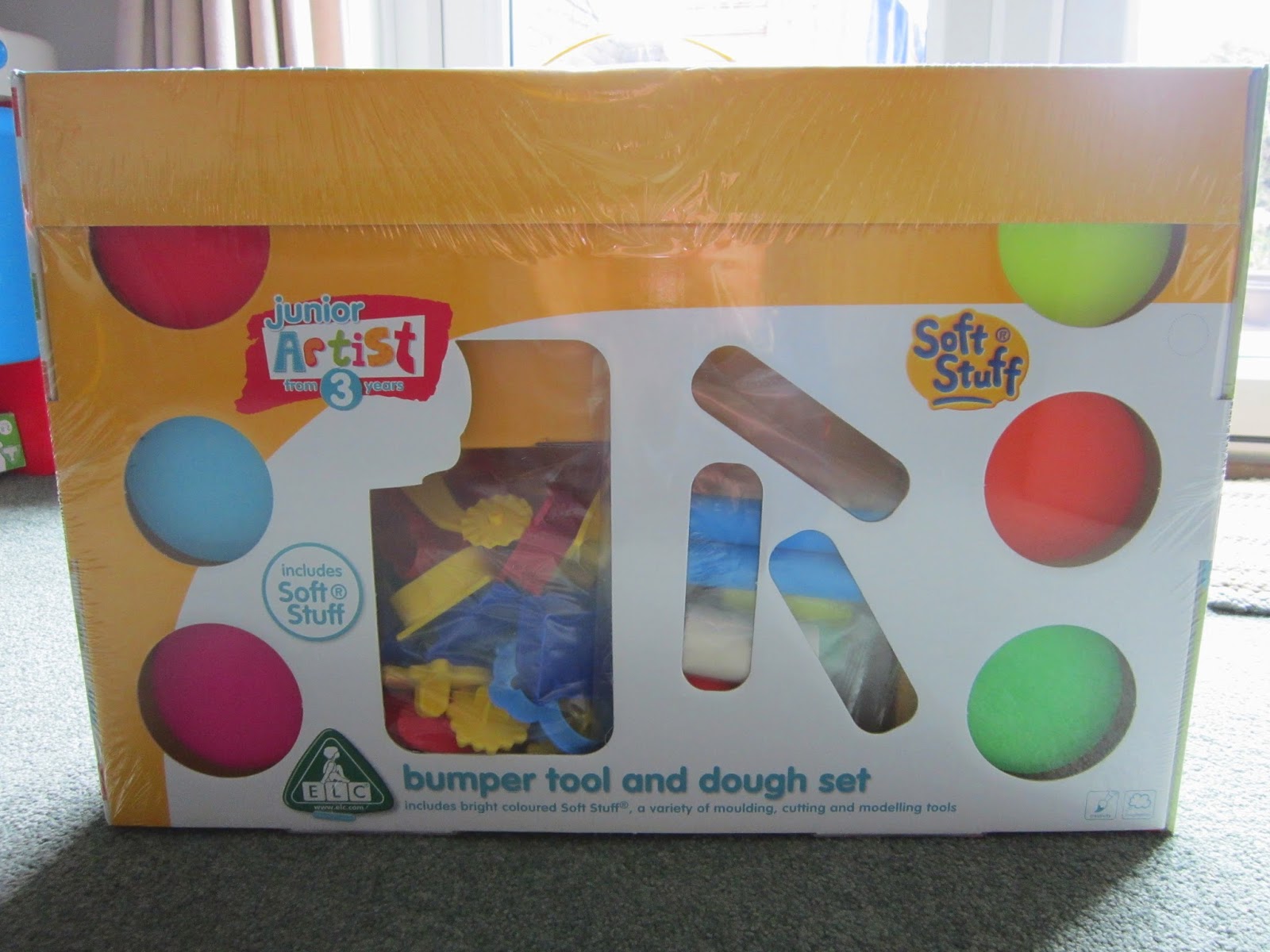 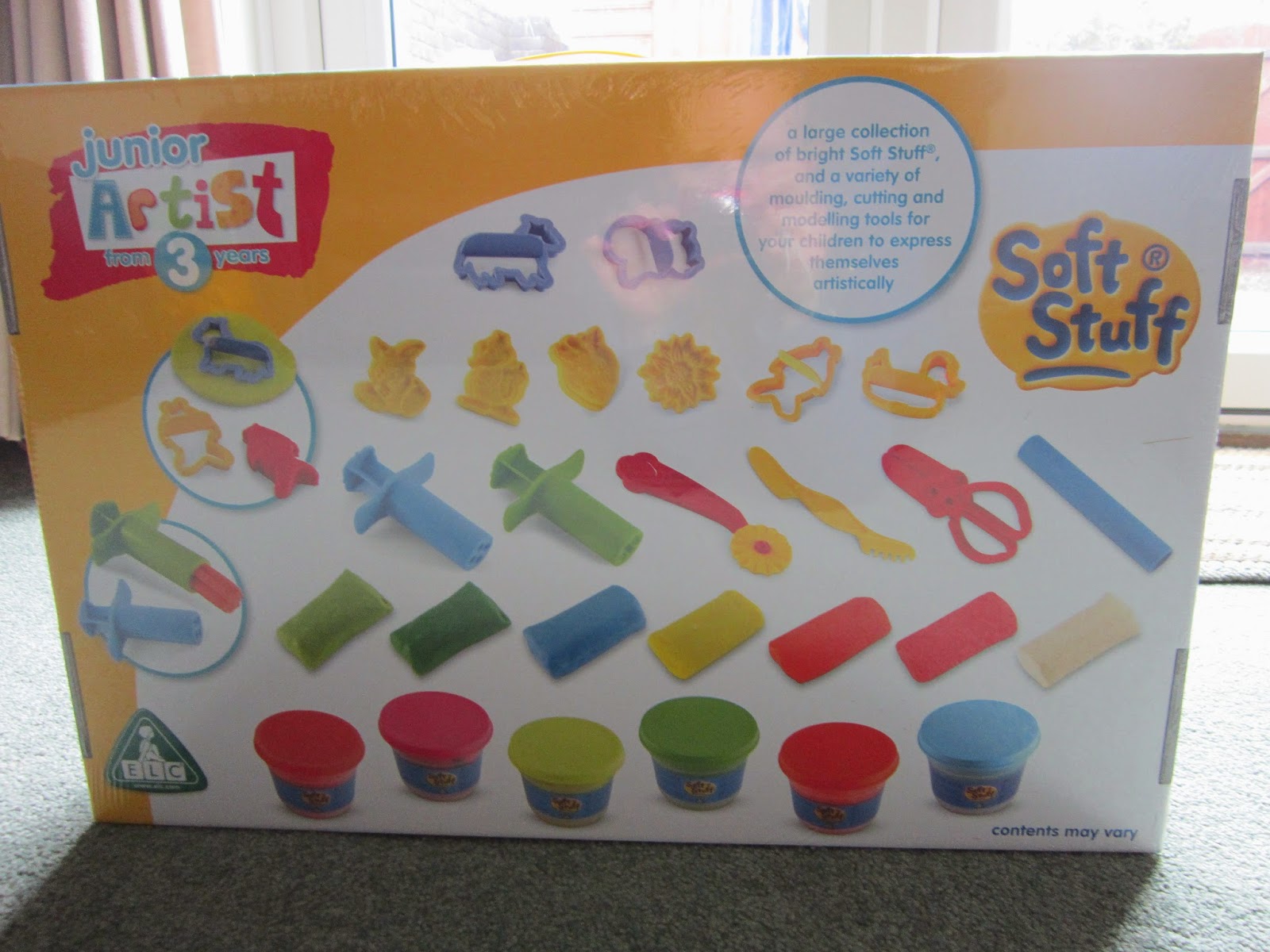 Ben's already got some playdough, and he seems to love playing with it. This is The Early Learning Centre's own version. I actually bought this set when it was half price so it was a bargain. I just need to purchase some kind of plastic mat so we can play with it on the floor and maybe a cheap chopping board to make it easier to roll out.

Ben's birthday is on Tuesday. Daddy is at work so Ben and I are just going to spend the day together, playing together. Ii'm going to make up the Cozy Coupe when he's in bed on Monday, and have it in the lounge and surround it with his other presents. So when he gets up they're all there. I've just got to get Steve up earlier so we can open them together. And hopefully I'll remember to take some photos. I'm also going to make a birthday cake. The chocolate cake that's in the Ella's Kitchen the cook book the red one, if any of you have that.
Posted by Unknown at 19:00