This year I have decided to put together a little first aid kit, for whilst we're away. After last year there were products that I wish I'd taken with us, and as Ben's a bit older now I felt we needed a couple of extras just in case. As well as these products I will be taking Ben's red book with us, and we have our European Health Insurance Cards as well as Travel Insurance. 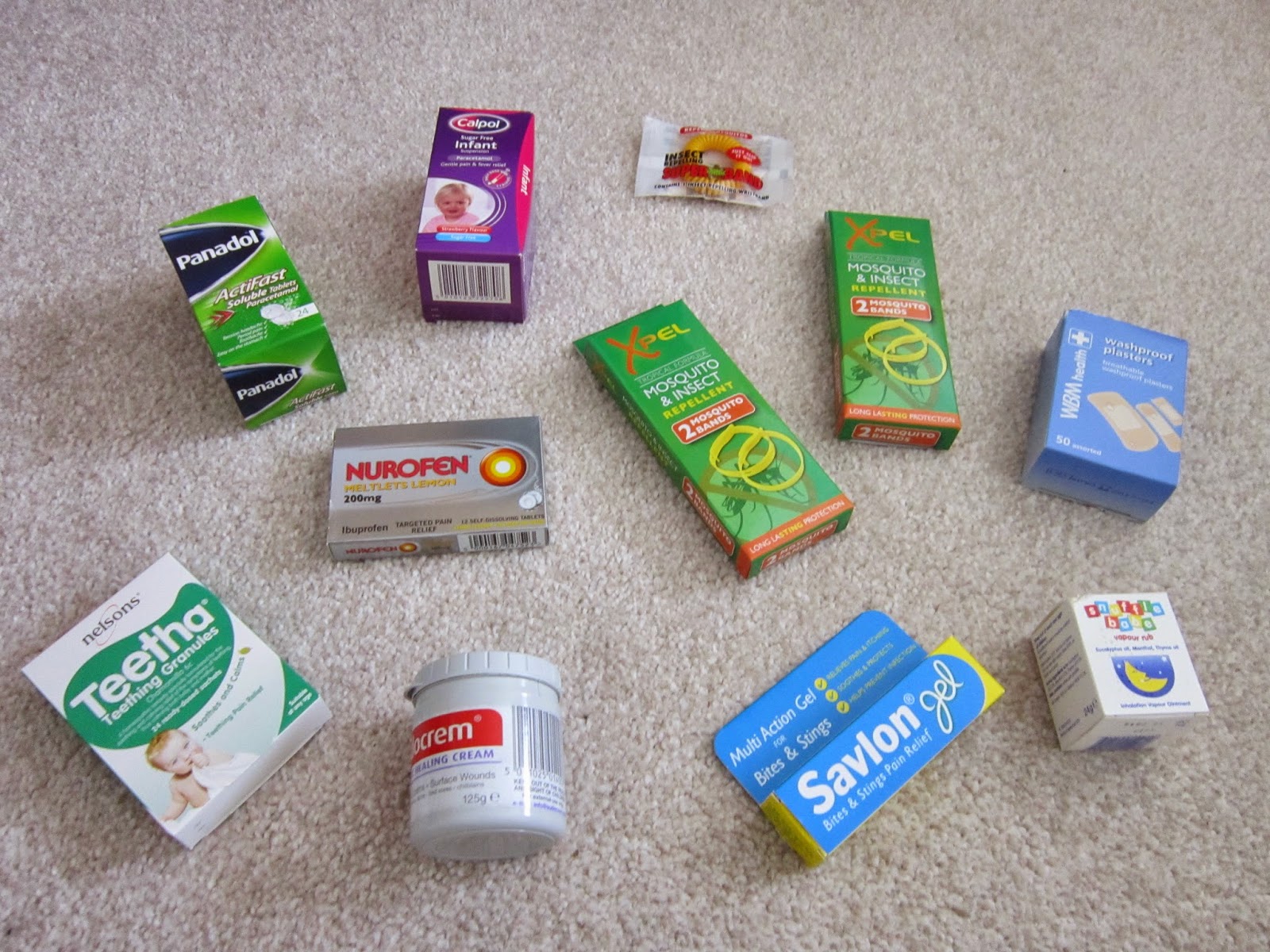 Firstly I have to take Ben's Teetha granules, I like to use these if Ben's just showing signs of sore gums and nothing else. I also will be taking Calpol for more advanced teething symptoms or if Ben would get some kind of illness (touch wood he doesn't).

A must have is Sudocrem, for toddlers and adults, it can be used for numerous things such as, nappy rash, eczema or bites.

Speaking of bites I purchased Insect Repellent bands for both Ben and I, last year I got bitten like crazy, although Ben didn't get any (and neither did Steve) I'd rather be safe than sorry. And will also be taking Savlon Gel for Bites ans Stings.

For me I'm taking a bunch of paracetamol and ibuprofen for headaches/illness, as I hate taking pills I use the disposable stuff. As we're staying in Steve's parents house they do have a medicine cupboard so I don't have to bother with any for Steve.

Also thought it best to take some plasters, there's probably some at the house but if we need them whilst traveling we have some.  And have just thrown in some Snuffle Balm in case Ben gets a cold when we're away.
Posted by Unknown at 10:00