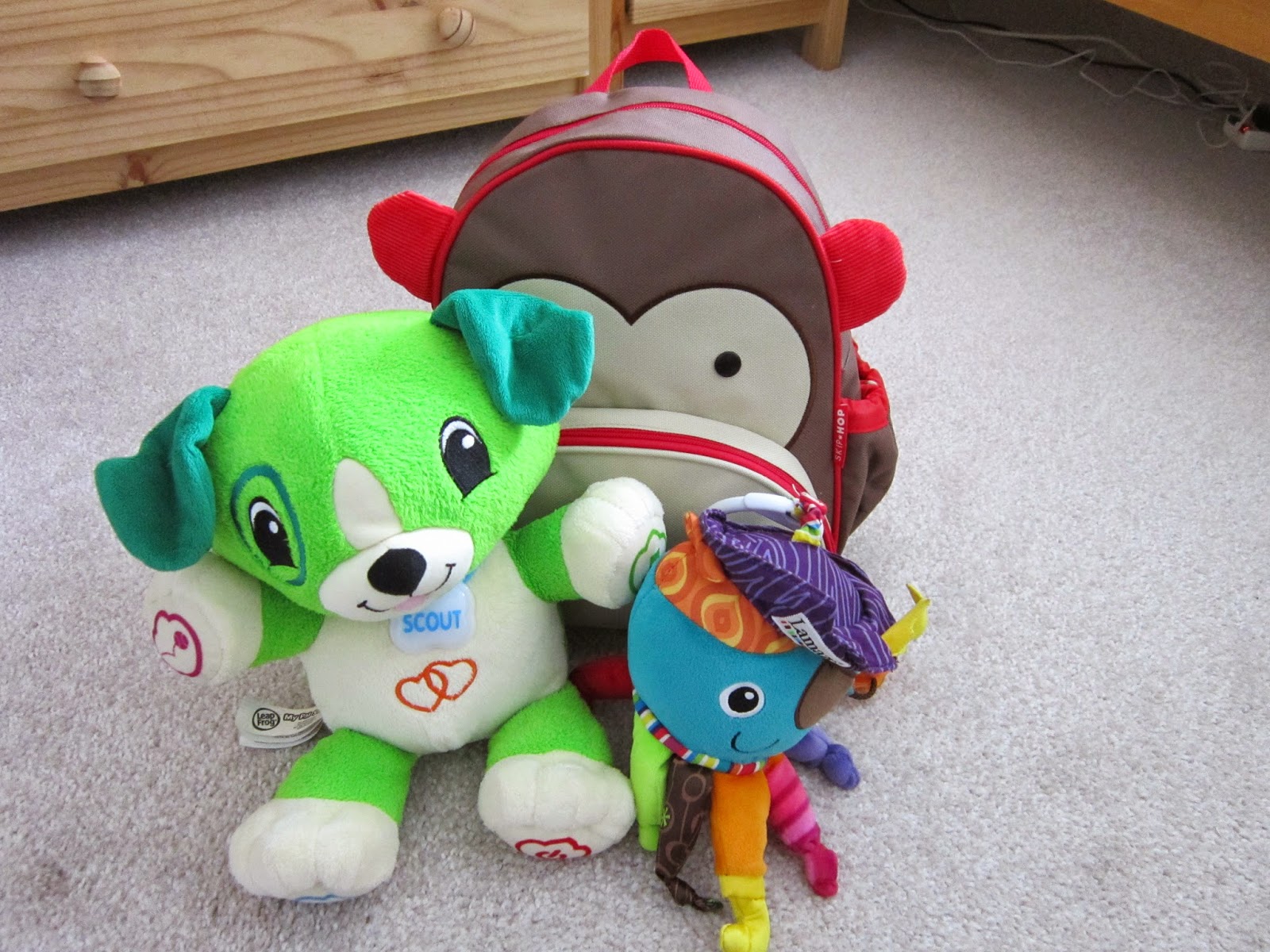 It's a hard task keeping a toddler amused on a long travel journey, I'll let you know how we got on (if this goes up on time I'm actually back now - sad times!). I decided to take a few of Ben's favourite toys away from him around a couple of months before our holiday, that way hopefully they'll keep him more amused. One of them is Scout! The Lamaze octopus is basically just to attach to the buggy for when we're out and about. 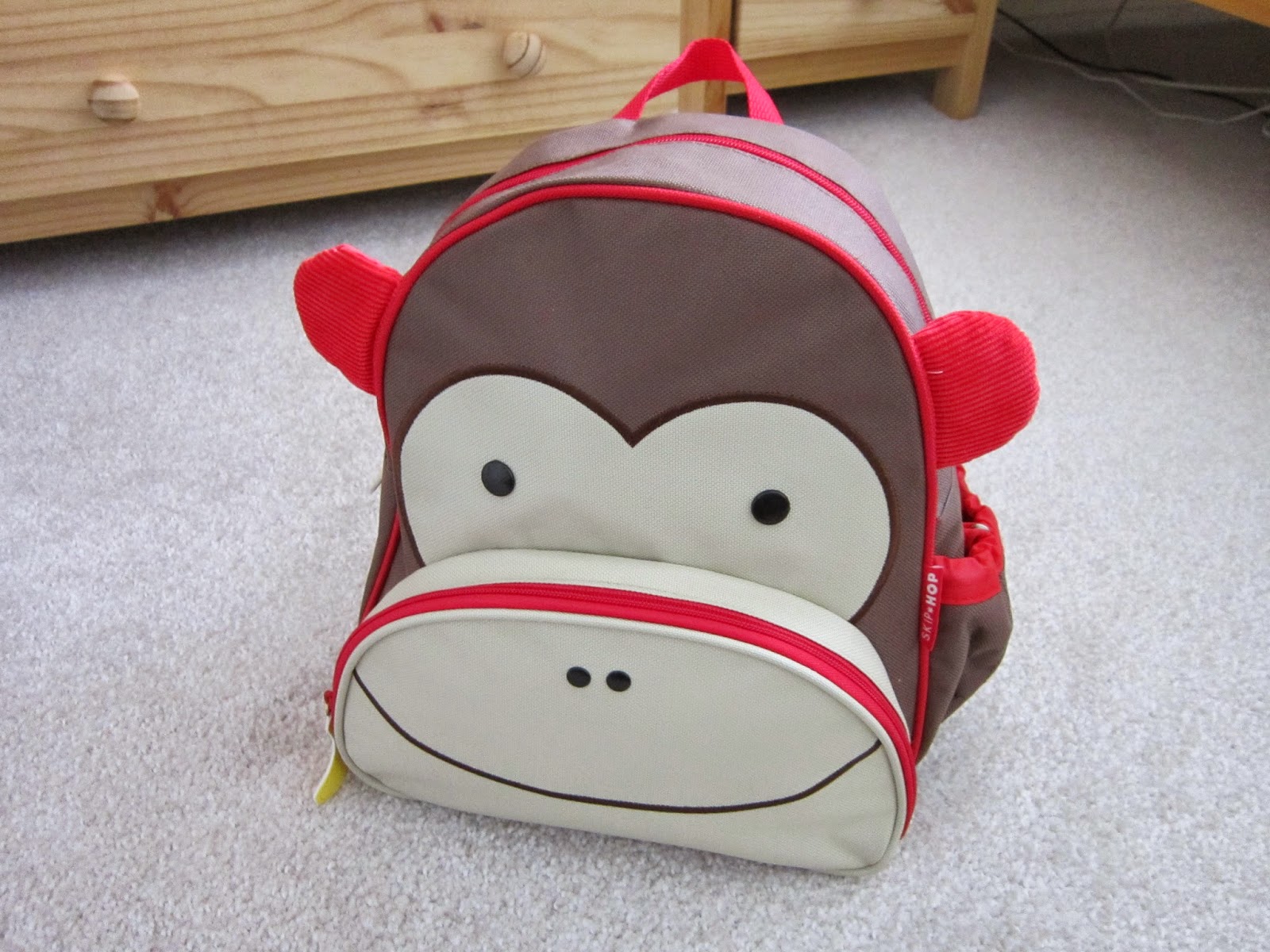 We decided to purchase a Skiphop backpack to put all his toys in. This is one of the bigger ones that says it's for 3 years+, but we won't actually be putting this on Ben, it's just purely for his toys for now, and then he can use it as a backpack when he's older. 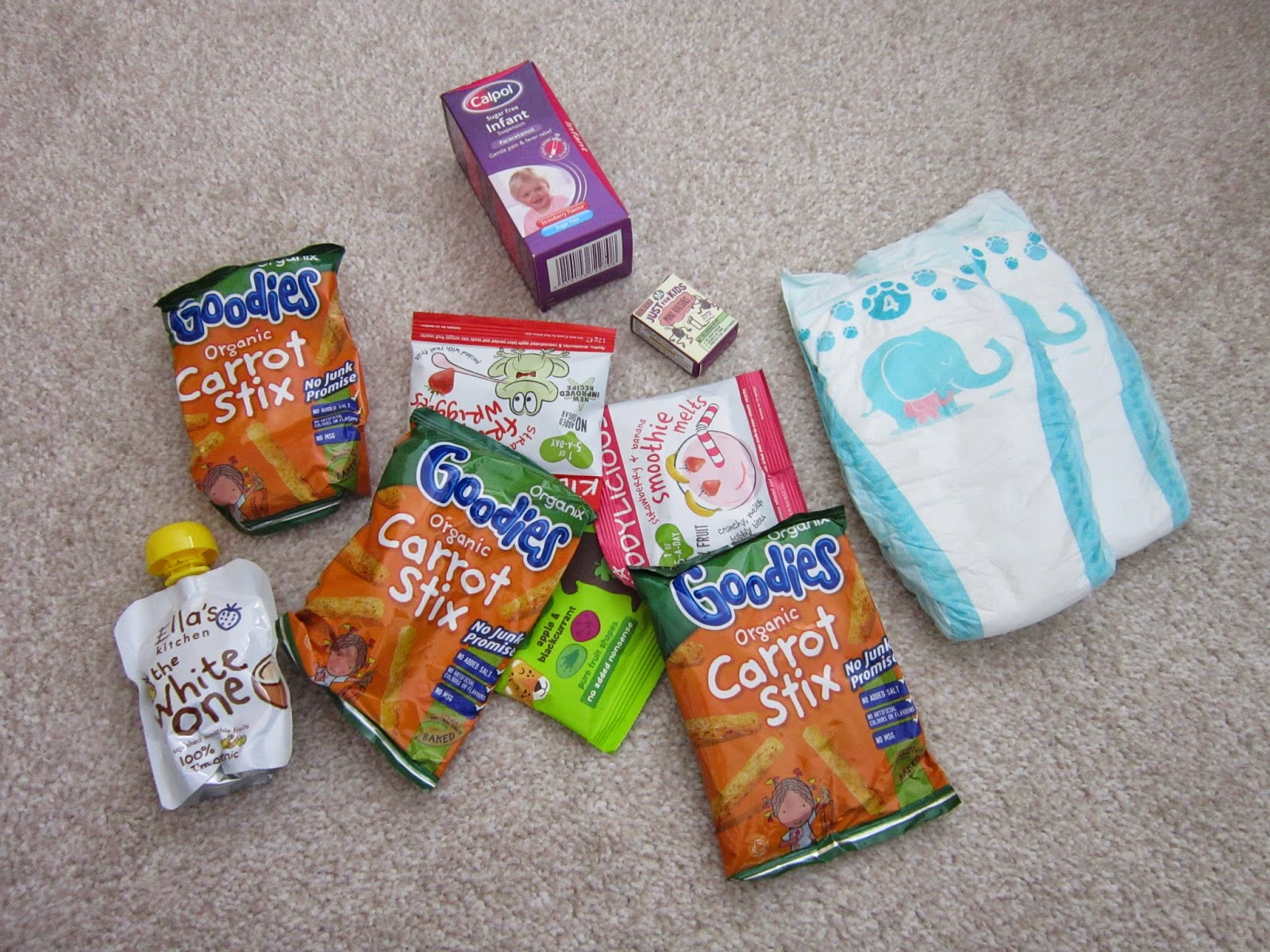 As I will be the one getting the toys/books out of the backpack I actually managed to squeeze in some of Ben's snacks, nappies and his Calpol. 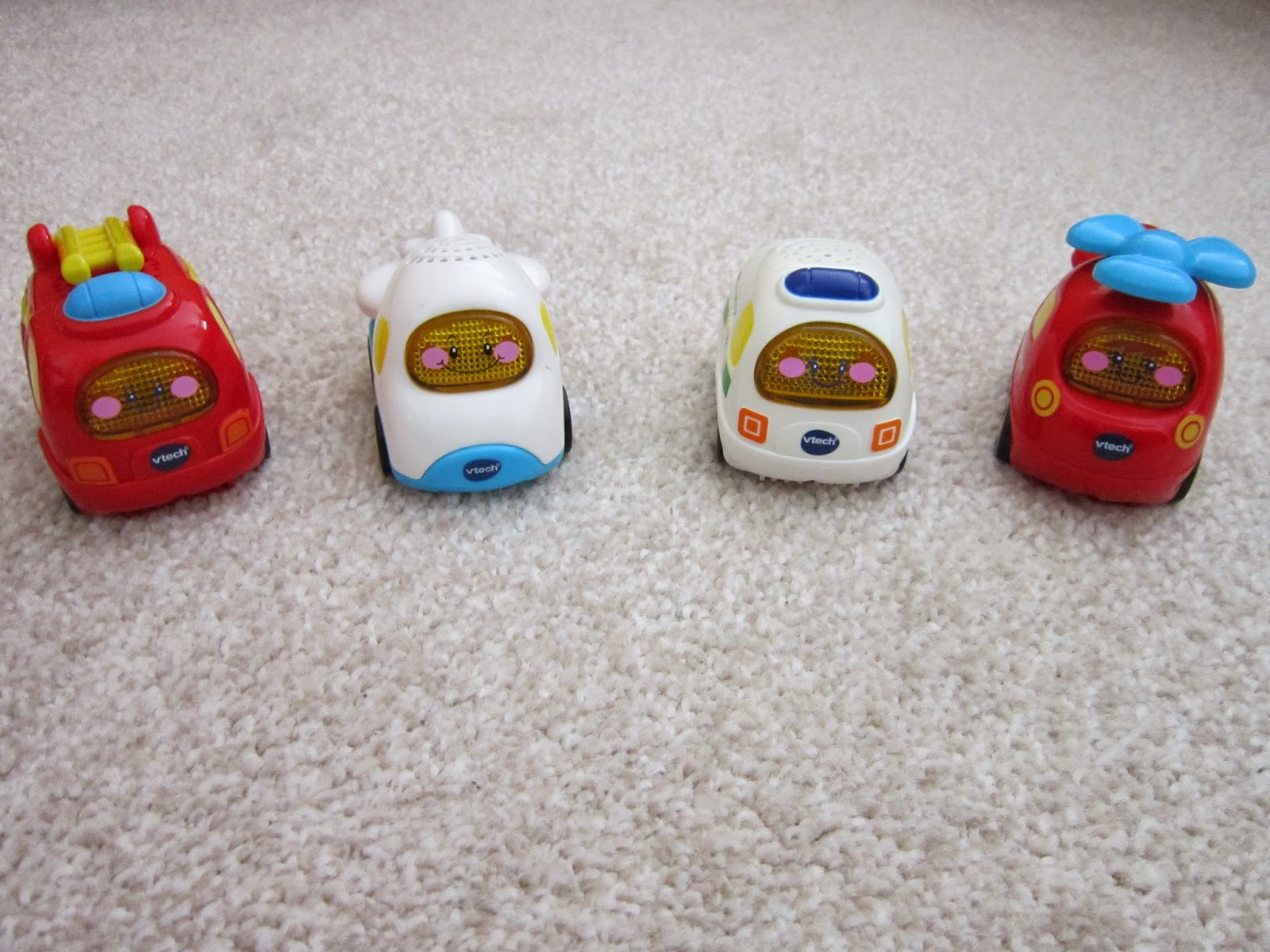 Ben loves these Vtech Toot Toot Driver vehicles. They are pretty loud, but I'm hoping everyone in the car won't mind the noise if it stops Ben from crying. 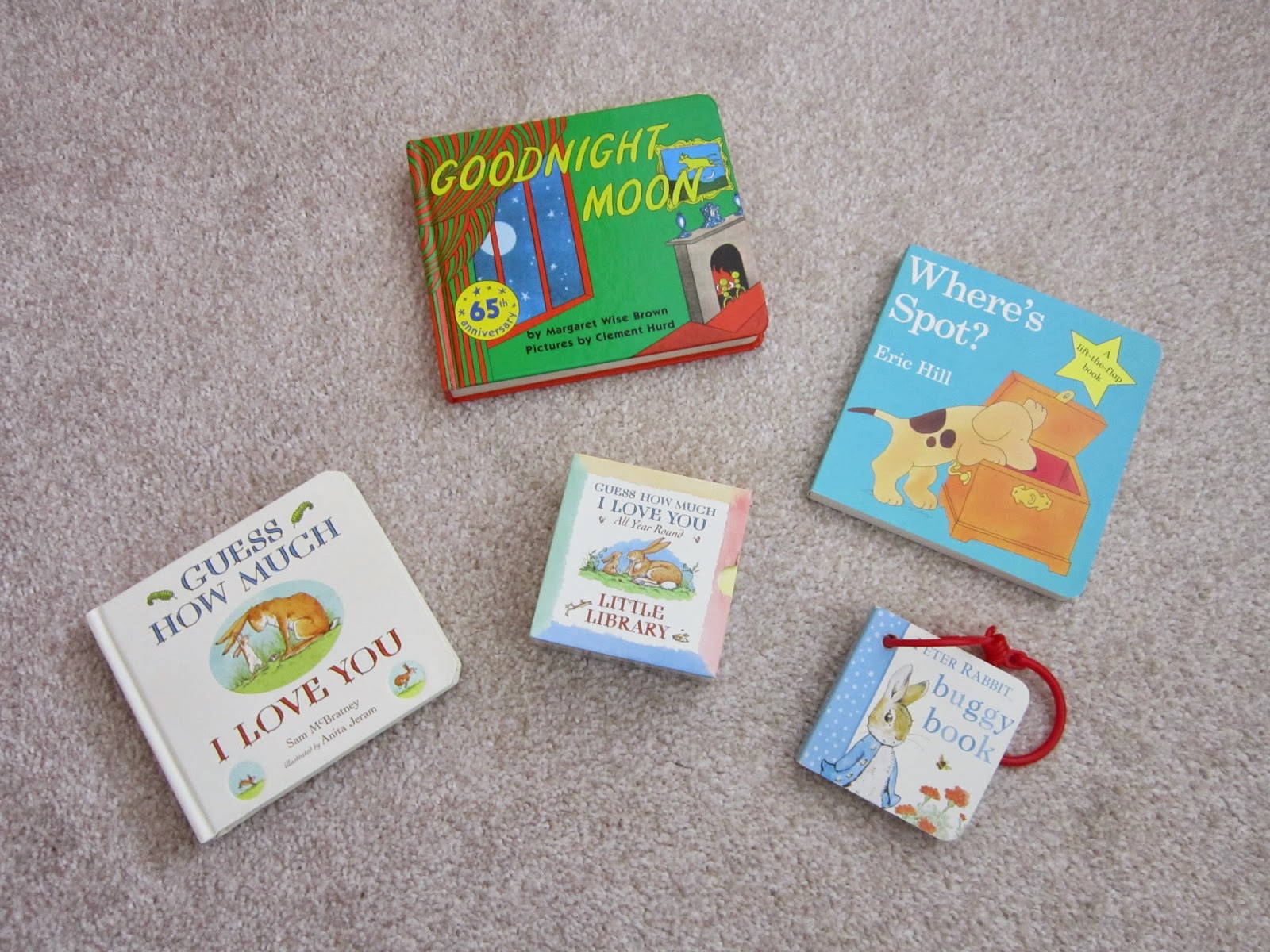 Some books, Ben's really got into books over the last couple of weeks, and will happily sit there and look at the book himself as well as loving being read to. 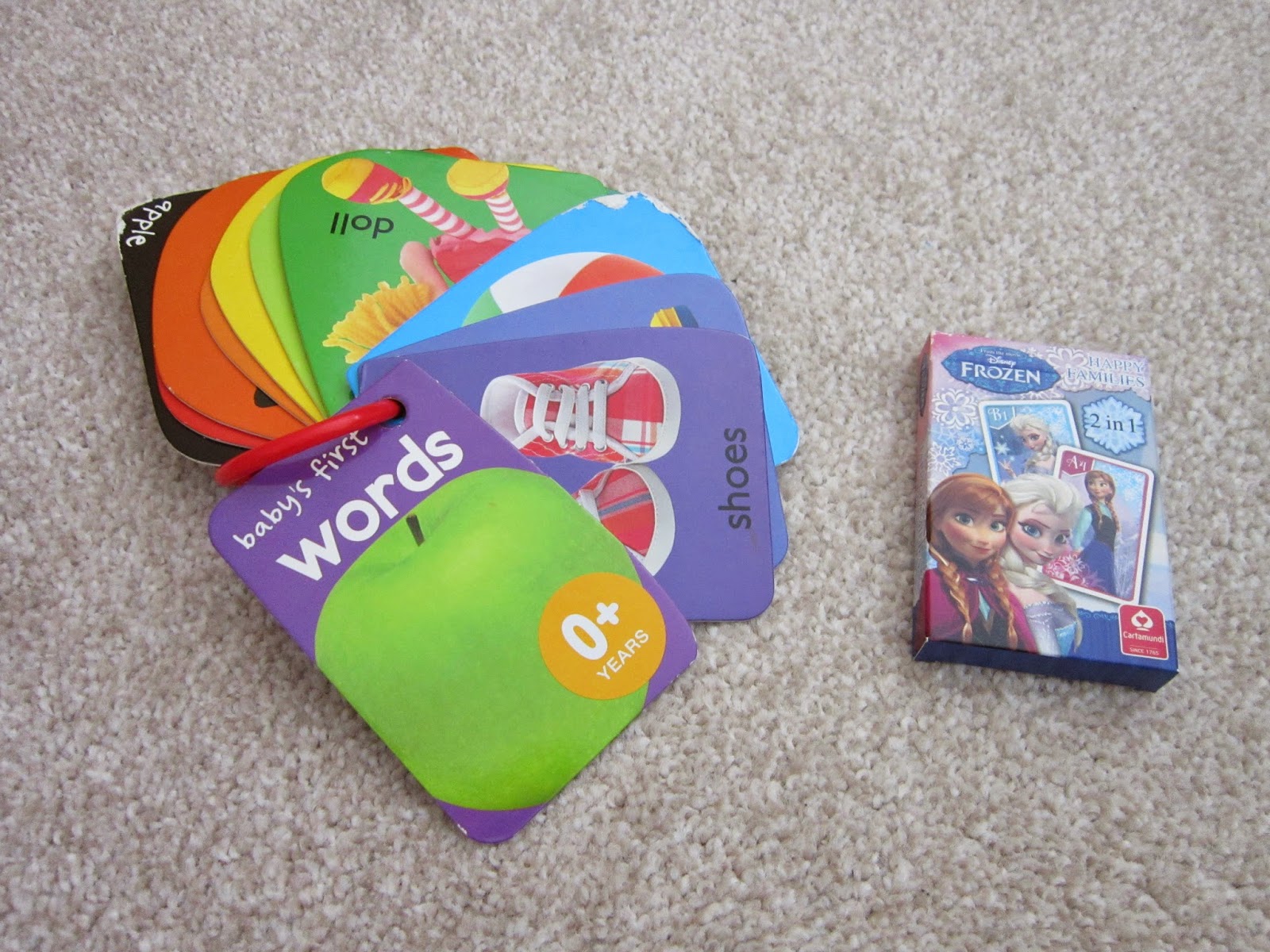 Some quite toys, some flash cards attached together via a plastic ring (you can tell Ben liked to bite these, haha!), and some Frozen game cards, that are just for him to play with as I won't be taking his ELC Flashcards that he loves. These Frozen cards were actually free and we have 2 packs so it doesn't matter if they get bent or bitten. 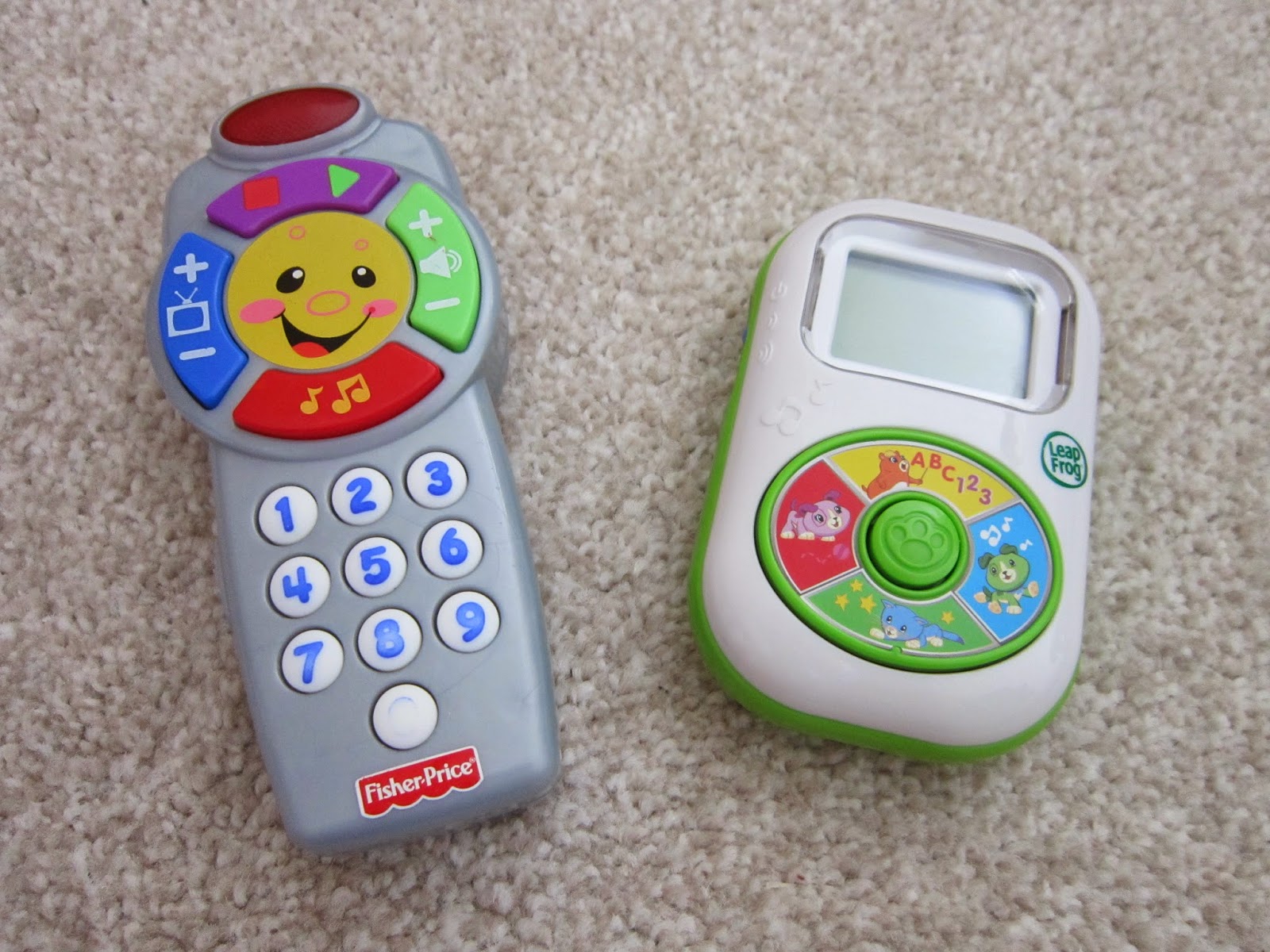 Lastly I have his Fisher Price Remote control and the Leapfrog Music Player, the music player is a new toy, but he seemed pretty interested in it when I showed it to him in the shop, so hopefully he'll like it.

I've also downloaded some apps on my tablet for Ben, they're all educational or help with his motor skills.

I also have a few more books, The Gruffalo, The Hungry Caterpillar, An alphabet book and a counting book as well that are being kept in my bag.

In the next few days I'm hoping to find time to write up Ben's 17 month update, and also expect a post of photos of our time in France.
Posted by Unknown at 09:00