So I decided to take a break from doing updates on Ben, basically me listing his new words every month can get a bit boring! Ben is now 22 months, can't believe that he'll soon be 2! 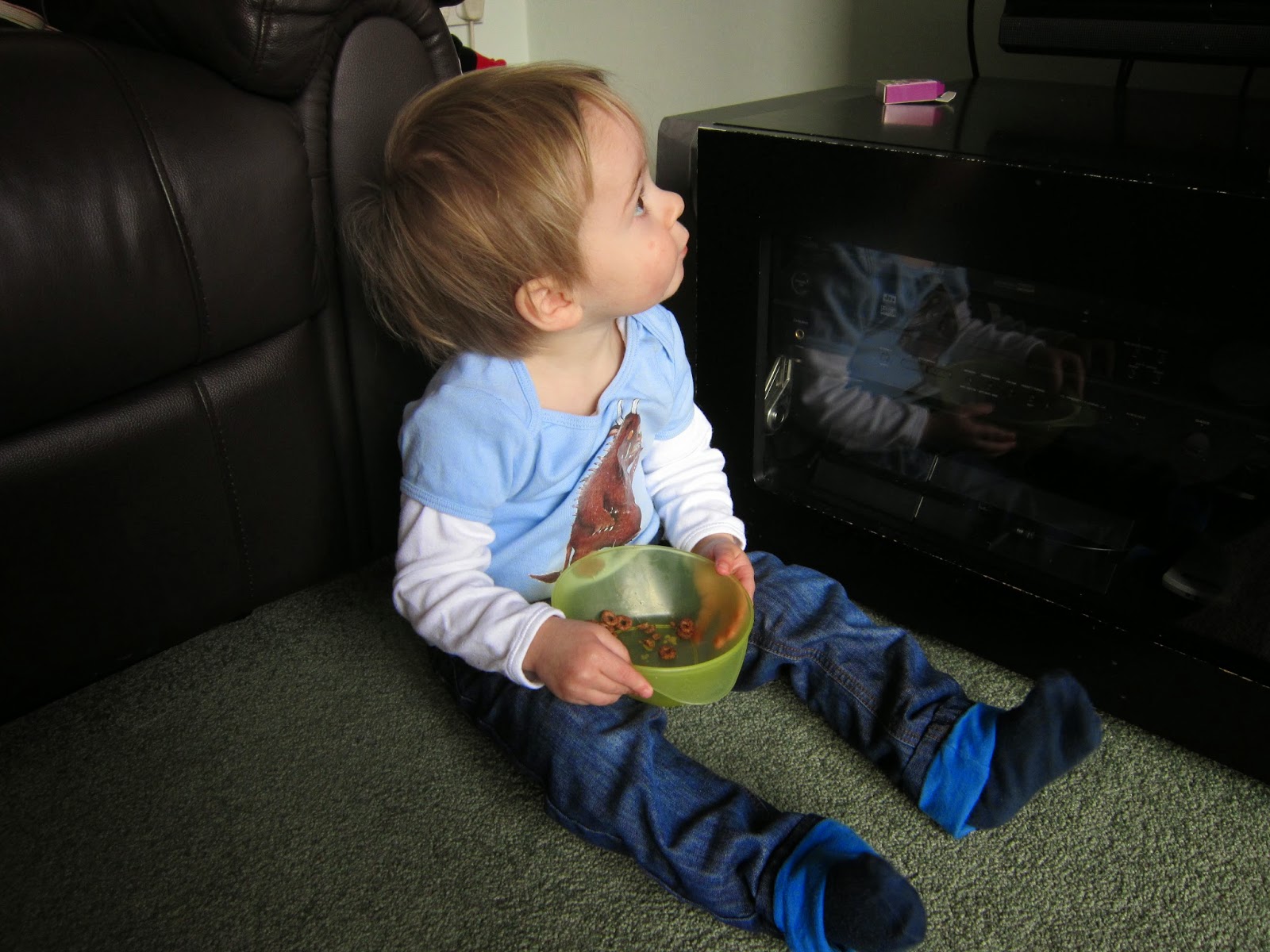 Ben love's reading, he'll pick up a book and bring it over and stand in front of us for us to pick him up, sit him on our lap and read him the book, it's so cute! I'm planning on taking him to the library soon, as we have one within walking distance. I may wait till we're on holiday from work though so Steve can come as well. Going to get Ben his own card so we can log books out. 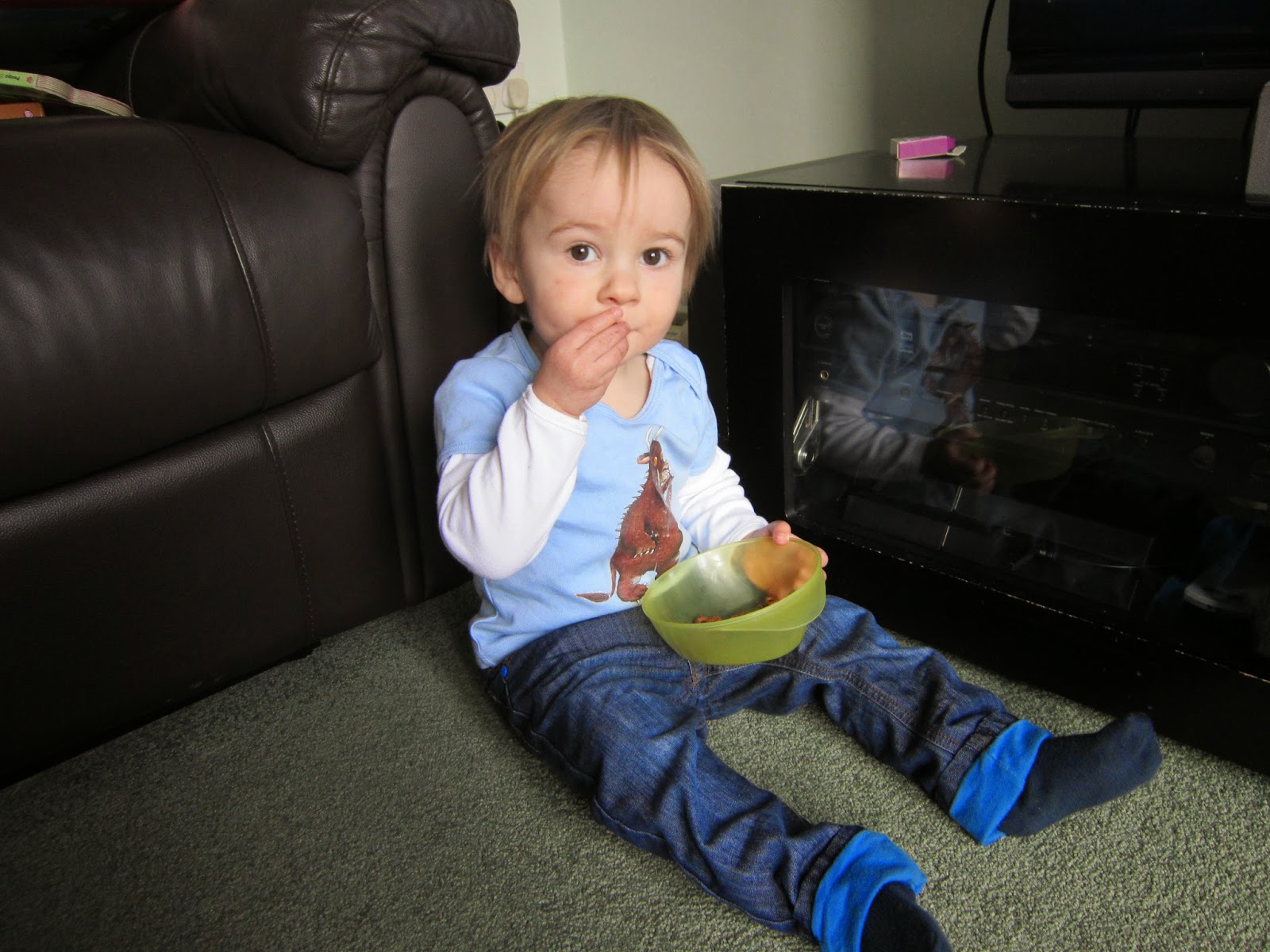 With regards to talking, Ben knows numerous words, and actually comes out with little statements now linking 2 or 3 words together. Like 'Cracker on floor' or 'drink on floor' or 'bye daddy' or 'daddy work', and other similar one's. A couple of times he's actually said sentences. One time he copied what I said, and another time he made one up himself saying 'Oh no, mamam (raisin) on the floor'.

We've recently dealt with a cold, which lasted for about a week! He hadn't been ill for months and months before that. And he's also getting his canine teeth coming in, once again top before bottom like with the rest. 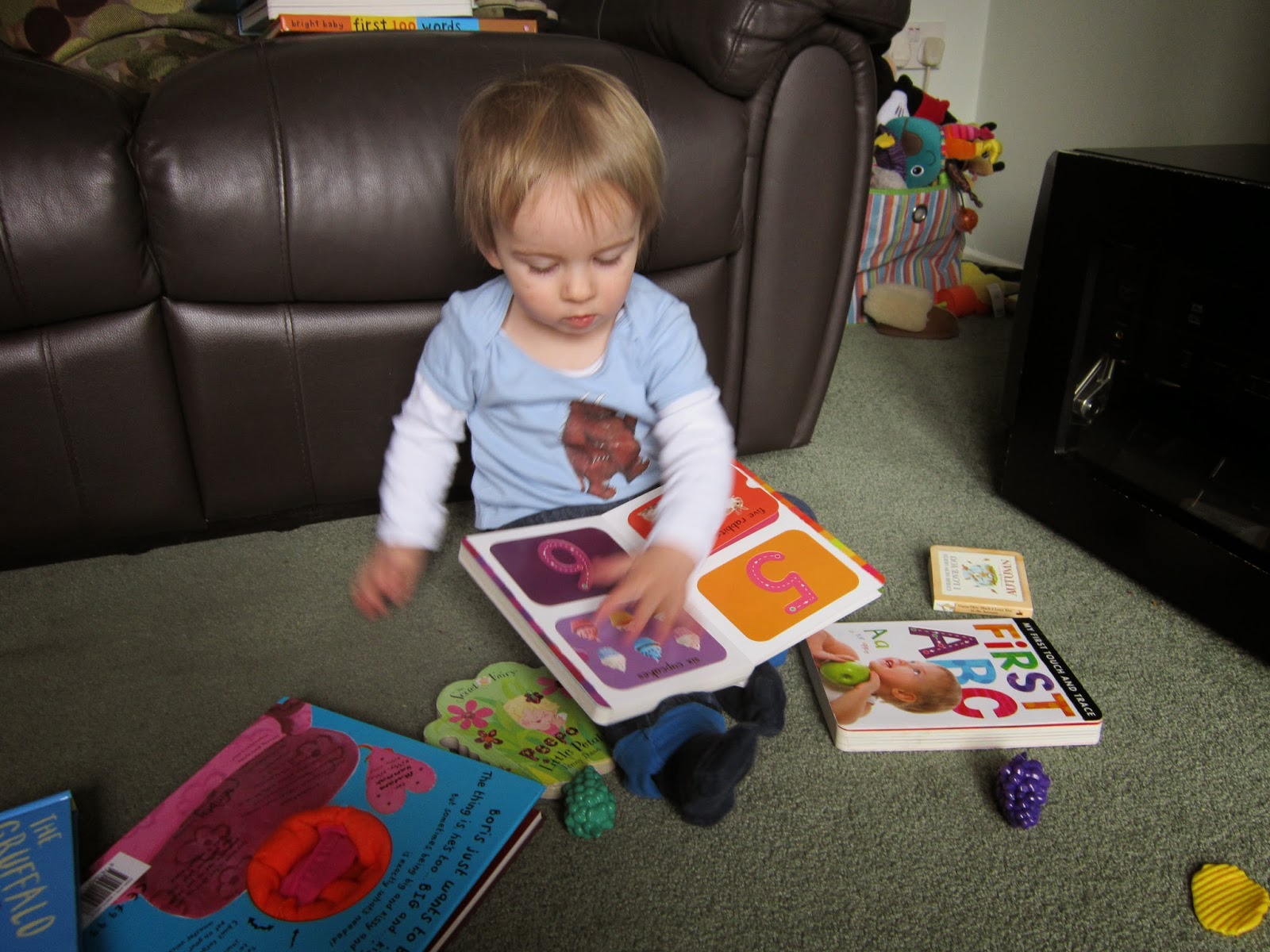 We've had a bit of a sleep regression, which I put down to the teeth! He didn't nap for 5 days straight, although at night he has done pretty good, and sleeping through apart from once. Before this he would nap 5 days out of 7, normally for around an hour and a half, and sleep 10-12 hours at night. 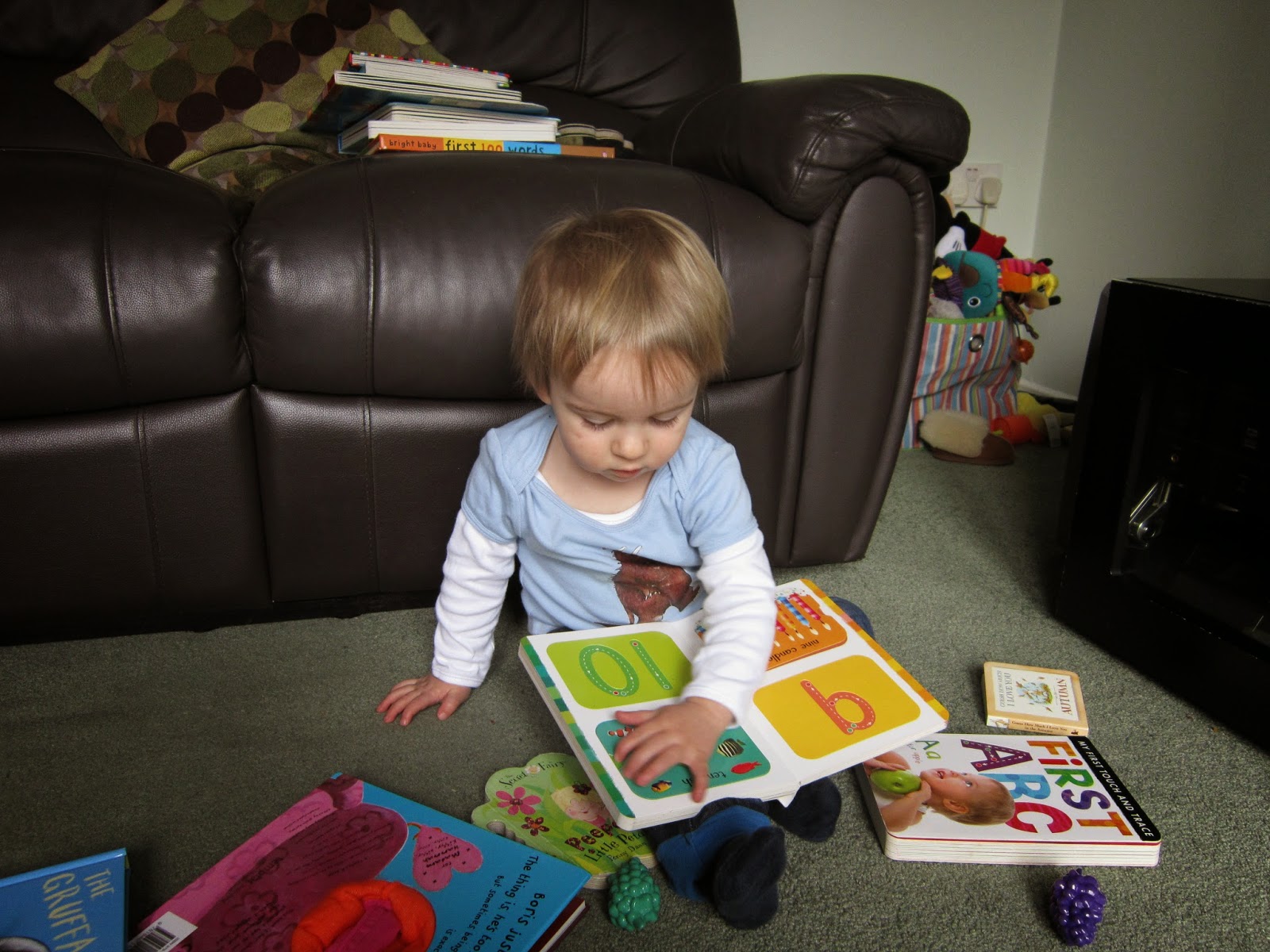 His favourite toys right now are his Toot Toot vehicles, Scout, stacking cups, his kitchen bits and play food.. He doesn't really play with the kitchen, he'll turn the nobs around or pretend to cook if we tell him to. He'll pretend to eat his play food too, it's so cute. He caught on to that pretty quickly, although sometimes he does bite them, haha!
Posted by Unknown at 19:00